Tic, Leti and Montrose are all still struggling with their secrets. And if it just affected them, I’d probably feel differently. But the fact is, their keeping secrets is unkind at the very least and at the most, actively harmful, bordering on cruel.

I am thinking of both Ruby and Hippolyta when I say this. Not telling Ruby about what happened can probably be forgiven, considering that I doubt that any of them ever dreamed that William would go after her. Or, you know, that William doesn’t actually exist. Like Dell, he’s just a husk for shape-shifting now. 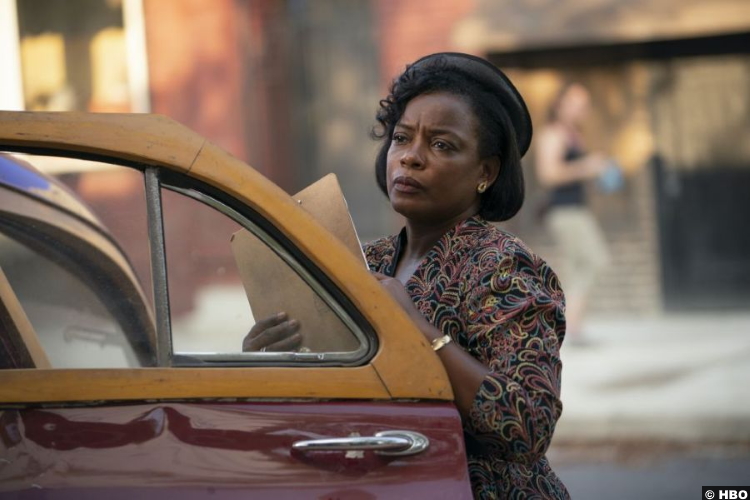 But with Hippolyta, it’s harder to square. She knows something isn’t right with the story they gave her about George’s death. It’s probably the way they shift their eyes when the subject comes up. Without the facts, though, she’s just kind of stuck. She does visit the ruins of Ardham house, where she finds George’s copy of the Orithyia Blue comic, but not much more.

In the end, it’s the orrery that helps her. It doesn’t tell her what happened to George, no, but it does something else. It opens up the universe.

But before we visit other dimensions, we must concern ourselves with the details of this one. To wit, uh, Leti’s probably pregnant. And she definitely cannot drop that on Tic right now, because he and she just caught Montrose with Sammy. Tic didn’t take it well, mostly because he seemed to realize that Montrose’s abuse was rooted in fear and self-hate.

Instead, he goes off to St. Louis, to speak with a woman who was friends with his mom’s cousin. He’s trying to find the Book of Names, which both he and Leti have dreamed about. Sadly, though, Bertie, the cousin’s friend, says that all was lost in the Tulsa Massacre. Mmmmm, I have a feeling the Book is still out there, though. 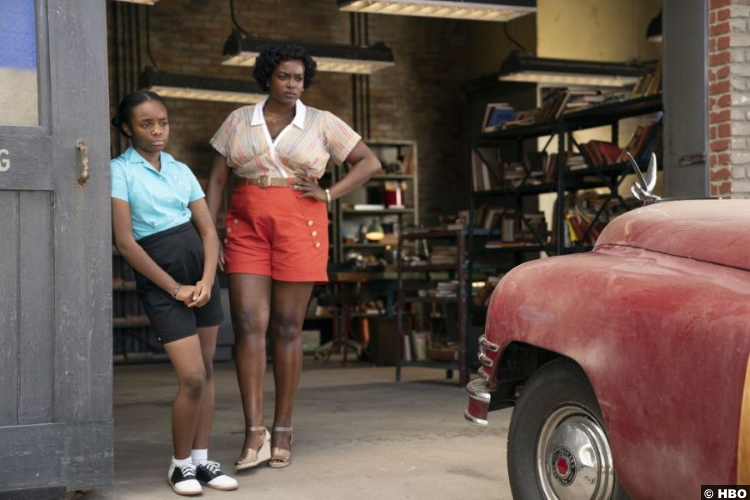 So while he does that, and Leti stays behind to look after Dee (and make amends with Ruby), Hippolyta is following the orrery’s directions. Her seeing Bessie Stringfield, who famously rode a motorcycle across the contiguous United States, is good foreshadowing. The world is about to become a lot bigger for Hippolyta.

The orrery takes her to an observatory in Kansas, where she figures out how to use the machine inside. Captain Lancaster’s tentacles reach this far, though, and the local cops keep a watch on the place. Also, Tic finds her there somehow. Anyway, after shoving one of the cops into another dimension, she too is sucked into another world.

Hippolyta finds herself on a spaceship, maybe (?). It’s not a prison, though, and it takes her some time to realize that she can be anyone, go anywhere, as soon as she names what she wants. It’s understandable why this concept would be unfamiliar to a Black woman in 1950s America.

At first, she names what seems to be the first thing that comes to mind–dancing with Josephine Baker in Paris. And she does that for a while. Then she appears to be one of the Mino, the so-called “Dahomey Amazons,” the female soldiers in what would become the Republic of Benin. In this world, they fight Confederate soldiers. Sure. 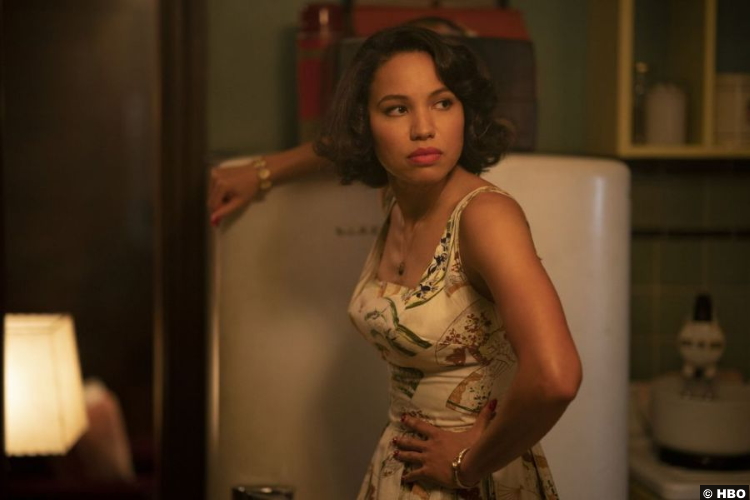 And then she’s back with George, where she’s able to confront him for the role he played in making her life small. It’s not that he didn’t love her, because of course, he did, but that it was easier to have her home. In this dimension, she’s able to tell him how that felt and she’s able to have him apologize.

Apology accepted, she then explores outer space, like Orithyia Blue, the heroine she inspired in Dee’s comic. Like the Book of Names, though, I’m sure she’ll be back.

In the meantime, though, Tic returns from whence he came with a paperback copy of Lovecraft Country, a book written by one George Freeman. So, uh, what was he doing in the other dimensions?

9/10 – In the book, Hippolyta uses the orrery and the observatories to explore other planetary dimensions. While I really liked that chapter and story, I also really enjoyed this version, which is more centered on Hippolyta herself. I don’t know how this all ties into the greater story yet, but I appreciated that they gave her the opportunity to uninterrupt herself and her life. Without, you know, grotesque violence (outside of combat).

And if you’d like to read a bit of Hippolyta’s story from the book, you can do that here. (Remember that Horace in the book was changed to Diana on the show.)