Last week, I complained about the show’s ongoing habit of introducing sexual violence into the storyline (that didn’t exist in the book). Well, uh, they’re still doing it. 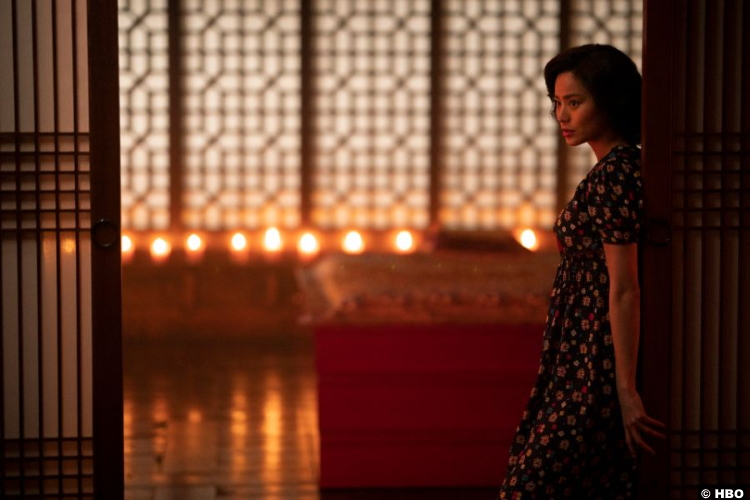 I was looking forward to this week’s episode, because in the book, we don’t really get to explore Atticus’s war experiences. And we don’t get to do that here, either–not really. Instead, we spend the majority of the episode with Ji-Ah, Tic’s friend from over yonder.

At first, Ji-Ah’s life seems pretty normal for the time and place. She lives alone with her mother, Soon-Hee (Cindy Chang), and they’re not rich, but they’re (kinda) getting by. Ji-Ah is training to be a nurse, but her real passion, her real love, is Hollywood films. To be exact, she loves the old MGM Judy Garland classics, like Meet Me in St. Louis. (Ohhhh, that’s where the title comes from. Hi, I was on Jeopardy!)

Her mother, though, seems very interested in Ji-Ah finding a man, but at first, that too seems understandable. She’s a young woman and we’re in a world only a little bit out of the second great war. So we assume that Soon-Hee wants stability, not only for Ji-Ah, but for herself as well.

But as Korea becomes an occupied country once again–this time by the United States–the bizarre truth starts to unfold. Soon-Hee was a single mother. When she met a man, she made a devil’s bargain. It’s implied that she knew her husband was a predator, but she went along with it because she needed support. But maybe the guilt and shame got to her (or maybe the original Ji-Ah died?) because she went to a shaman, who helped her summon a kumiho, a fox spirit, to reside within her daughter. Possessed Ji-Ah dispatched the husband, but she needs to claim the souls of 100 men before the spirit can be expelled. Oh, yeah–that old story.

Ji-Ah goes along with it, because she doesn’t seem to feel anything for anyone. Well, she likes her friend Young-Ja (Prisca Kim). Young-Ja seems to like her, too…in that way, I say, raising my eyebrows. But we don’t get to delve too deep into that, because Young-Ja also really likes communism. As the Americans are knee-deep in their fight against the red scare, you just know that won’t work out well. 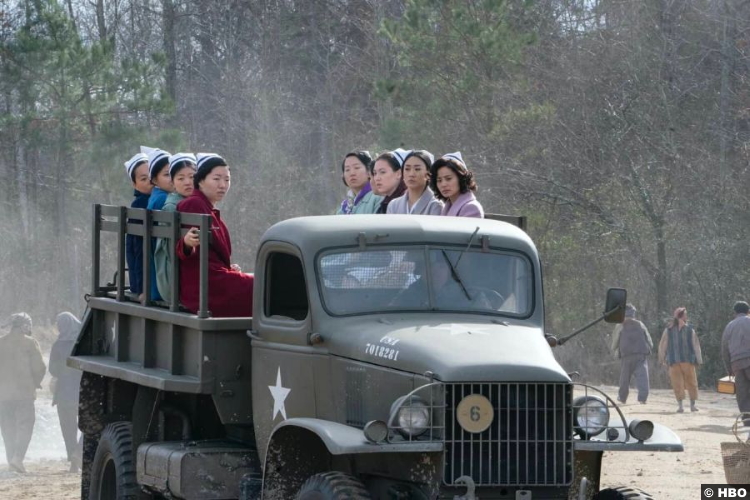 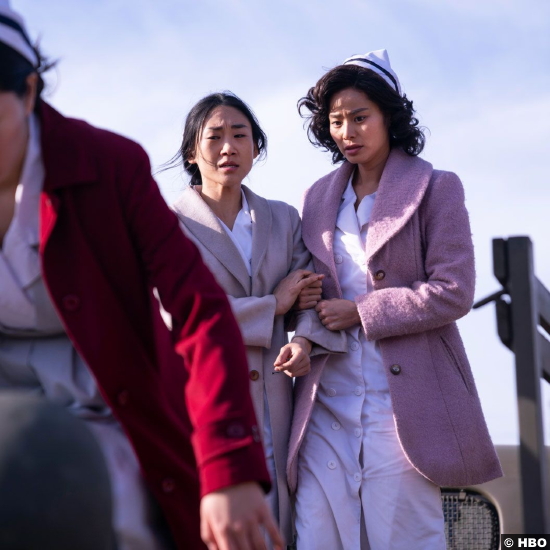 And it doesn’t. The GIs have figured out that someone on Ji-Ah and Young-Ja’s shift is leaking secrets to the commies. They take them out, force them to kneel, and begin executing them one by one, demanding the spy reveal herself. When Tic is called forward to shoot the next woman, Ji-Ah, Young-Ja breaks. She confesses to being the mole. We never see her again.

When Tic shows up in the hospital weeks later, we wouldn’t blame Ji-Ah for giving him the cold shoulder. But this Tic is the Tic we know, and slowly they build a rapport. Still, when he has her driven to the base, she’s terrified. And why wouldn’t she be? The last time American soldiers took her anywhere, she was almost murdered. Her best friend, almost certainly tortured to death.

Again, though, this is the Tic we know, and he’s brought her there so they can watch Summer Stock. How did George get that film over there? Shh, don’t worry about it. Anyway, although he was raised with violence (from Montrose) and forced to carry out violence in Korea, he doesn’t want that to define him. He wants to be something better, and with Ji-Ah, that seems possible. So while Ji-Ah claims not to feel anything, this seems to move her, as does his admission that he’s a virgin. But she still pushes him away, partly because he had a part in Young-Ja’s death and probably because deep down, she doesn’t want to, you know, murder him with her tails. 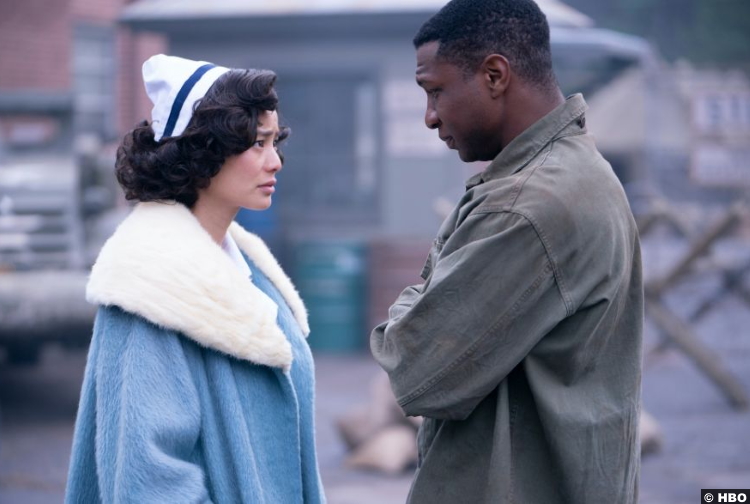 They reach a kind of understanding, though, and are able to have sex without death by tails. But when Tic gets the opportunity to go home, those little fluffers come out. (I realize these scenes might have been confusing because her tails look more like spider legs.) When she’s claimed souls like this before, she’s been able to see the man’s whole life. This is what happens with Tic, but she also seems to see his future, which startles her enough to break free. After all, what she sees in his future isn’t great. Well, Leti is, but the part where Tic is hooked up to some kind of machine certainly isn’t. Ji-Ah warns him not to go home, because he’s going to die. Tic, however, is understandably freaked out by the whole tail thing, so he just hightails it–I’m sorry–out of there while she tries to explain.

And in the end, she and her mother seek more guidance from the shaman. This time, though, all Ji-Ah wants is to know whether her vision was true. But the shaman doesn’t give any solid answers, so Tic’s life continues to hang in the balance.

8/10 – Although some people might wonder what this has to do with everything–and that’s valid–Jamie Chung is so good in this episode that I didn’t mind the detour.