Fargo S04E01-02 Review: Welcome to the Alternate Economy & The Land of Taking and Killing

Welcome to the alternate economy and also the fourth season of Fargo. If you’ve never seen the show before, then that’s fine. It’s an anthology, and while there has been some character overlap*, there’s never really been that much of a connection between plots. Also, this season takes place in the 50s, so it’s at least a couple of decades before any of the other seasons. And it’s nowhere near Fargo. This season, we’re in Kansas City. (Fun fact for my non-American friends: This Kansas City is the one in Missouri, not the one in Kansas.) 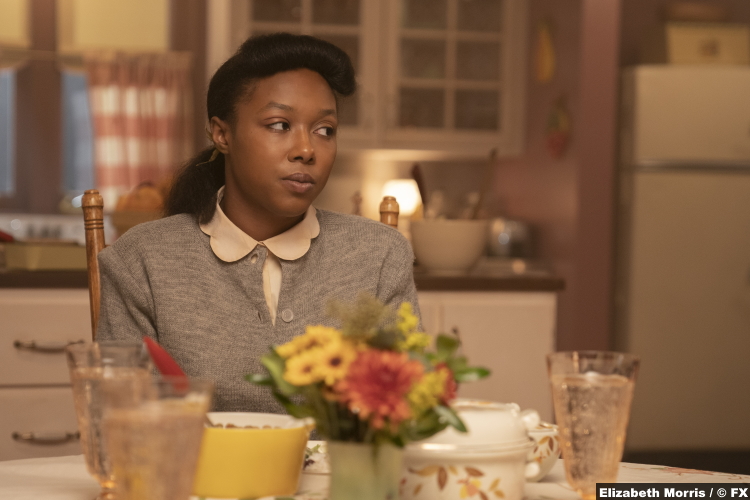 We learn this from 16yo Ethelrida Smutny (E’myri Crutchfield), who lives there in a funeral home her parents operate. Ethelrida is very clever, but she has to teach herself a lot, because it’s the 1950s and she’s a Black girl going to a segregated school. (Yes, this means that the show’s themes overlap somewhat with Lovecraft Country. Obviously, I mind that much less than that time a month or so ago, when I was reviewing 3 shows at once about child murder.)

Ethelrida presents the story to us as if it were a school report. If so, then its thesis might be, “If America is a nation of immigrants, how does one become American?” (Practice. Also, put ice in your drink. And know what the “good ice” is.)

And what exactly does it mean to be American? The episodes then are an illustration of possible answers. Unsurprisingly, like the country, it begins with crime. As such, we’re given a primer on the history of organized crime in Kansas City. By the way, there are about a million characters and most of ’em have relatively unusual names, so we’re going to operate on a need-to-know basis for the time being.

Anyway, it all began with Jewish gangsters, the Moskowitz Syndicate. They are eventually overthrown by the Irish, the Milligan Concern, who are then dispatched by the Italians, the Fadda family. As the show begins, the Faddas are now facing a new threat: the Cannon Limited, run by Loy Cannon (Chris Rock). (Wait, Cannon, Fadda–cannon fodder. Hmm, I’ll allow it.) 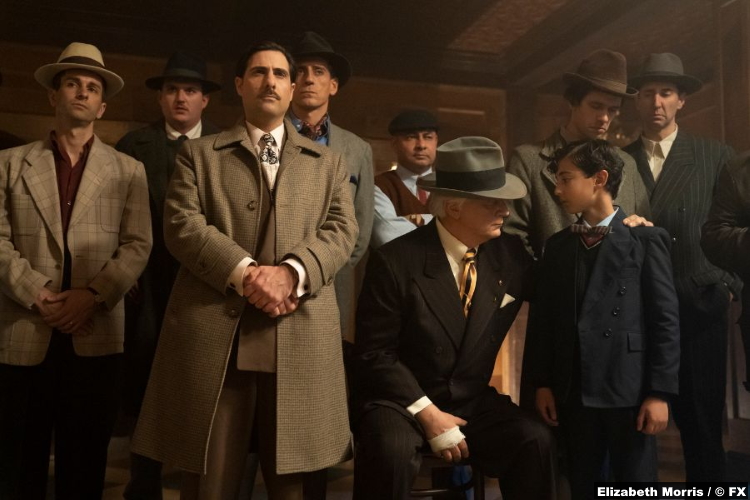 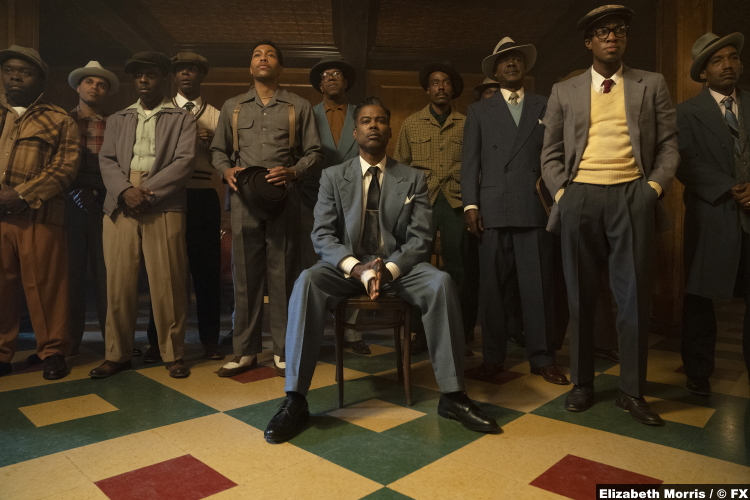 Loy is not only smart, but forward-thinking–with the help of his associate, Doctor Senator (Glenn Turman), he’s invented what he calls a “credit card.” Apparently, it’s a financial instrument that allows you to buy things on *checks notes* something called “credit.” Will wonders never cease? (The scene in which they try to get a white banker to sign on is a little winky for my taste, with its “banks would never try to take advantage of poor working people,” but it still kinda rings true.)

Ever since the Milligans first challenged the Moskowitzes, the crime families of Kansas City have attempted to keep the peace through a peculiar arrangement. Basically, they trade sons, exchanging a boy from each family to the other. It hasn’t always worked out well, but they keep doing it. And so, the Cannons play along, sending Cannon’s son Satchel (Rodney L. Jones III) to the Faddas in exchange for little Zero (Jameson Braccioforte). 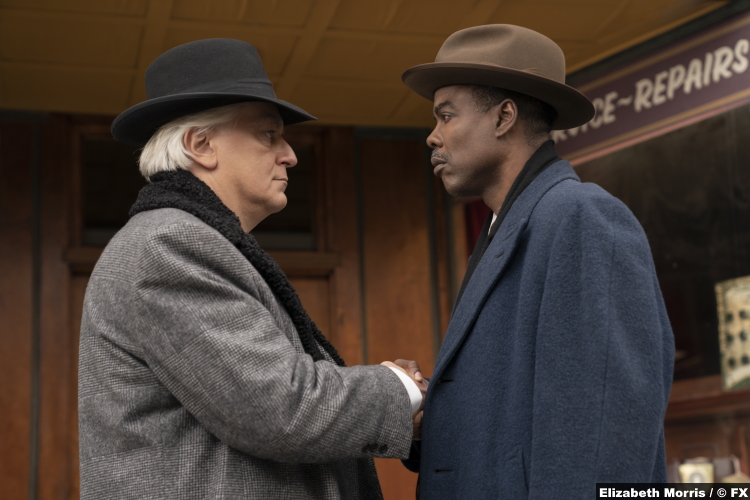 Before the two episodes are over, the head of the Fadda family is dead. It’s partly a freak accident–he was hit in the neck by a wild shot from a kid’s gun–and partly the actions of someone who may turn out to be this season’s most menacing character, Oraetta Mayflower (Jessie Buckley). Before she put Donatello Fadda (Tommaso Ragno) to sleep, his son Josto (Jason Schwartzman) maybe asked her to do it. Maybe not. It’s ambiguous, which is interesting. 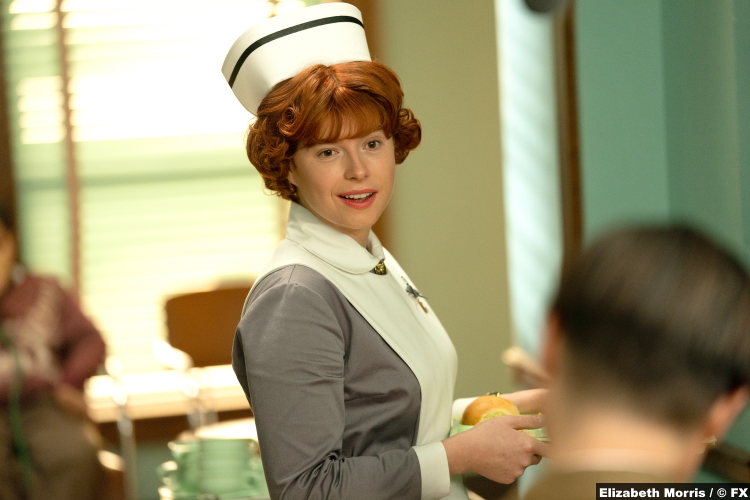 He steps into the void his father left, but that space might not be that cozy for long. His brother Gaetano (Salvatore Esposito) has just arrived, much to Josto’s consternation. What Josto says (“He’s not even American!”) is emblematic of these two episodes and maybe the season as a whole: who will survive in America?

In the big wave of immigrants, as every group of immigrants came, they tried to close the door behind them. But as Doctor Senator tells the Faddas, that doesn’t work against Black Americans (or the indigenous, for that matter). “We’ll be back. Because y’all just got here yesterday. But we’re part of this land, like the wind and dirt.” Unstoppable force, meet immovable object.

8/10 – I know I barely scratched the surface of these two episodes, but again, there are a lot of characters and just explaining the basic set-up takes a while. Still, it is an interesting set-up and I can’t wait to see where this all goes. Also, I haven’t seen Crutchfield before, but she’s immediately captivating.

Also x 2, apologies for the delay–I am a champ at watching TV, but even I can’t watch two shows at once. This will be easier next week, when Fargo goes to its regular schedule, with just one episode, and it’s not opposite Lovecraft Country.