And in the end, it turned out to be easier to fell the great monster than it might have once seemed. But the evil spread is not so quick to disappear. 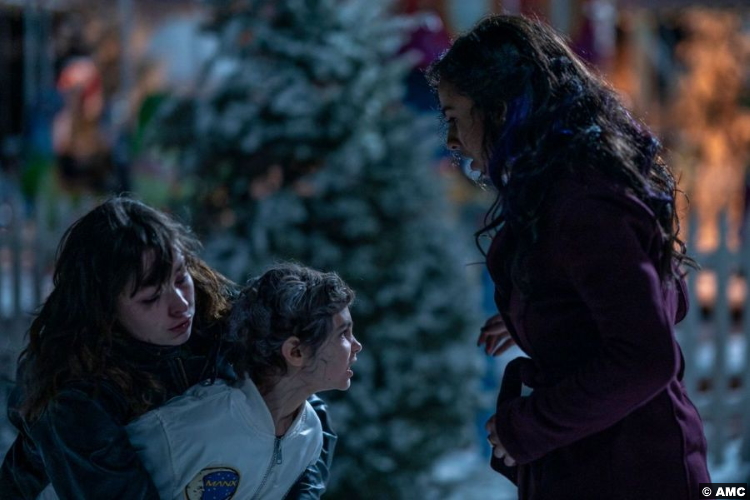 After all the fuss, Vic gets Wayne out of Christmasland with little interference. He’s still feral, but Tabitha puts him in handcuffs, which is kind of funny and sad at the same time. Tabitha and Lou figure out that the ornaments are key to the children’s transformation, so Tabitha starts breaking them. It’s not a perfect process. It’s painful for Wayne, and he starts spitting out teeth. Vic, meanwhile, has returned for Maggie, who’s been wounded. 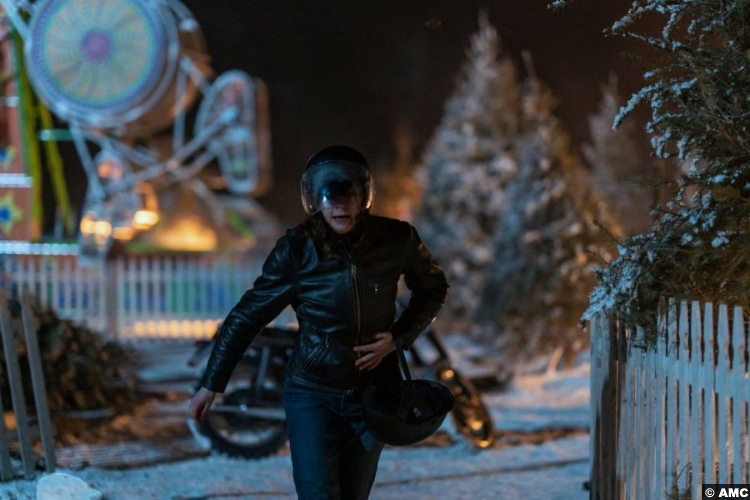 Vic’s escape with Maggie is a little tougher than her first trip. Even though Christmasland is falling, Charlie has retained enough strength to get into the Wraith. So he chases after Vic and Maggie, hollering things like “Miserable harpies!” Of course he does.

However, Vic realizes that the bridge is her inscape and thus, she makes the rules. She’s able to mentally channel the bats in there to attack the Wraith. Maybe because it’s magic on magic violence, the bats can crack the windshield.

But then the bridge breaks open. The bats force the Wraith through the hole into a static-filled nothingness.  The bridge completely falls apart after that. I’m sure swallowing someone else’s knife didn’t help. 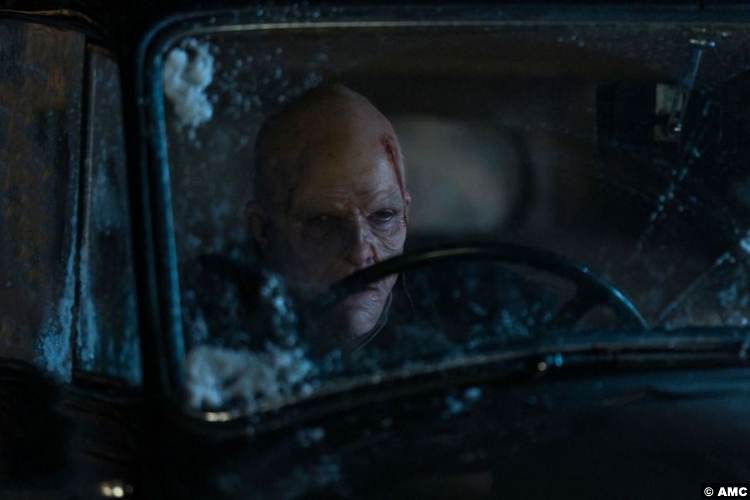 Anyway, Vic and Maggie make it back to our dimension. The children of Christmasland aren’t far behind, as they start pouring into our world. Millie just looks on silently.

One month later, everything is great, yay! Wait, no, it’s not. Despite the ornament intervention, none of the children are fully assimilated back into our existence. Some of them, now being fostered–probably because Charlie’s henchmen killed their parents–are also now being returned by those foster parents. They don’t trust them around the other people in their homes. The children are not fully healed, including Wayne.

And Wayne isn’t much better. He has these kinds of fugue states where he basically goes into a Christmasland trance. He stands on the kitchen counter eating sugar out of the bag. He follows Millie’s call. She still hasn’t let on to anyone adult that she’s out of Christmasland and I guess Vic just forgot about her? So she’s surviving on her own in the wild, hunting rabbits. She hasn’t broken her ornament, because it would make her weaker. She seems to regret her role in felling Christmasland, but like her father, she deals with her bad feelings by assigning blame. In this case, she blames Vic for killing Charlie.

And I guess he is really is dead, because some kids in Haverhill find his body, along with the Wraith. Vic has moved her family there to be closer to the rest of her family. And I meant what I said a couple of weeks ago about therapy. While Vic seems incrementally better, I think she and her family would benefit from some outside assistance. It’s not going to heal everything, but it could help some of the non-magic-related issues.

Anyway, finding his body means they can have him cremated. And they have the Wraith crushed. Wayne seems to protest at first, but his family encircles him. I think that’s important. Charlie was hurt and he didn’t know what to do with it, so he hurt other people, including children. Someone should have been looking out for little Charlie. Luckily, Wayne has a lot of someones watching out for him. He thinks there’s something wrong with him, but it’s okay to feel bad sometimes. You don’t have to be happy all the time, I underline for myself.

But we don’t end this season on such a final note. Actually, we end it with a hint of other stories to follow. Maggie, for example, wants to see other inscapes. She points out to Vic that not all of them are bad. Vic’s isn’t. Jolene’s wasn’t. Vic, though, has had enough of magic “fun” for now. She leaves Maggie to it, and Maggie goes right for it.

Specifically, she asks her tiles on how to get to the World of Thought, the home of all inscapes. The tiles return, “HOTEL.” So Maggie visits a hotel that looks just like the one where she met The Hourglass. The last we see of her, she’s in the–and I’ll say it this way just for my British readers–lift, going up.

8/10 – While I liked the episode as a whole, the final confrontation with Charlie seemed a little anti-climactic. In addition, I wouldn’t mind another season, but I’m not sure how it works without Charlie. Unless we’re following someone else now.