NOS4A2 Review S02E09 Review: Welcome to Christmasland – We always knew it would come to this!

Ever since Vic made it her mission to burn it to the ground, it stood to reason that we would one day see the battle of Christmasland. I’m not sure that Vic ever dreamed that she’d have to do it with her own child there, but like with Maggie’s tiles, sometimes you get what you get.

Wayne’s arrival in Christmasland, though, does give us a new glimpse of the whole experience. Not only do you get your own pair of scissors (for the drifter), but you also get to write your name in the guestbook. Charlie, the would-be Father Christmas, encourages all the kiddies to take his name, which Wayne does. And despite the fact that he’s a terrible dad–foreshadowing–he’s honestly so good with the rest of the children. Probably because they feed his ego in a way that some Millicents do not. 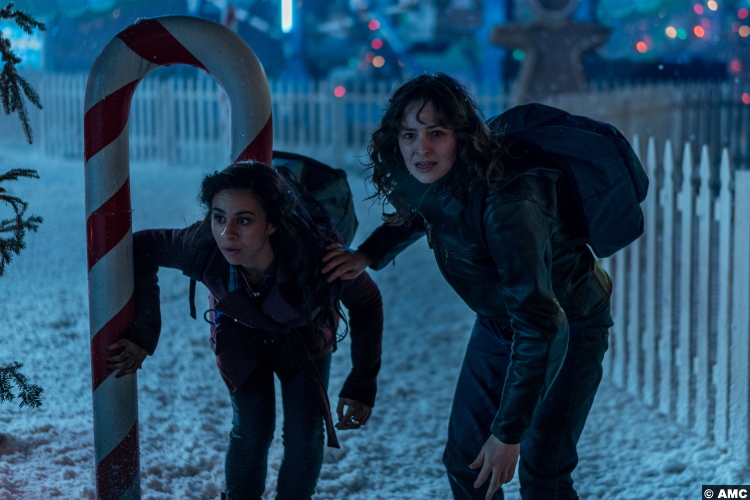 On that note, he completely misses Vic and Maggie’s arrival in Christmasland because he’s off finding Millie, who didn’t join the scrum to greet his return. She ends up taking him to the house outside Christmasland. Question: Why do you think he went with her? I can’t figure it out. And when I try to, I end up meditating on the house’s existence, period. I guess if you’re able to create an inscape, then you have to put your fears somewhere. And then if I think about fears and inscapes for very long, then I think of only one thing: 🤡

So I’m going to not get that far into the weeds, ’cause in any case, Millie’s reasoning, at least, is clear. She wants to leave. She wants them all to leave, in fact, so they can be a regular family again. Cassie has to explain that she can’t leave and then, in the parlance of our times, she reads Charlie. In the slightly more recent parlance, she’s like, “It’s the overall failure for me.” At least she got to do that.

Millie, though, accepts the news of her mother’s death stranding–wink–perhaps better than you might expect. She still just wants to live, though, so she’s begging her dad to come with her. Please note that he won’t even promise to try. But Vic did. 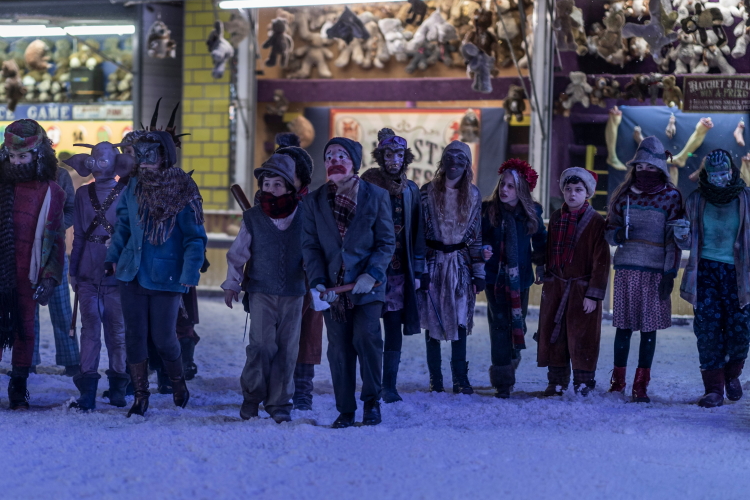 I would cut to Vic for comment, but she and Maggie are a little busy right now setting bombs and dodging feral children.

And back in our dimension, Tabitha and Lou are just waitin’ in the car. Let’s listen in!

No, Lou, don’t say you’ll quit burgers when Wayne and Vic get back. Loooooooou, I don’t like this kind of talk! Great God a’mighty, why don’t you just buy a new motorcycle and name it the Live Forever?! Gah. Speaking of bad emotions, this unnerving barbershop quartet? I’m good, love–enjoy. 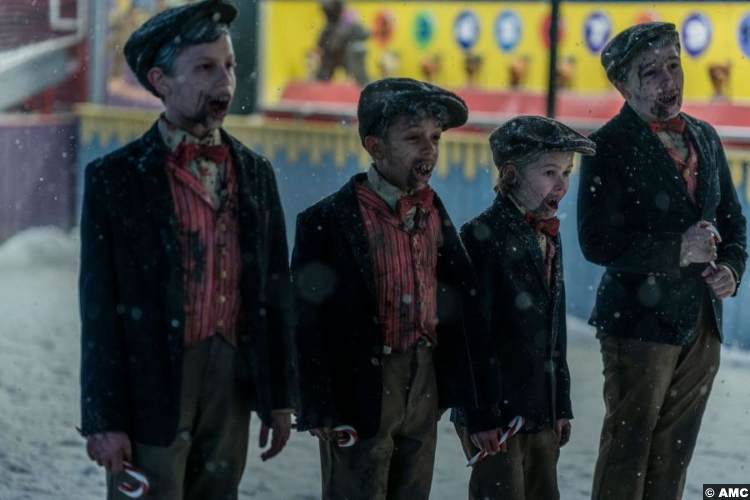 Anyway, Charlie finally figures out that Vic is in Christmasland. Well, he doesn’t so much figure it out as he’s told. So, time for a confrontation, and let’s just call it a draw. Millie’s too scared to say anything and Wayne is still deep in the Christmasland thrall. Notice, though, that Vic doesn’t push Millie. I think Millie sure does. Especially once she realizes that no matter what Charlie is doing, staying or leaving, he’s not checking for her. “I’m not enough. I never was.” Yeah, your pa’s all about himself. Got to say, though, that I am loving Millie’s new rebellious phase. 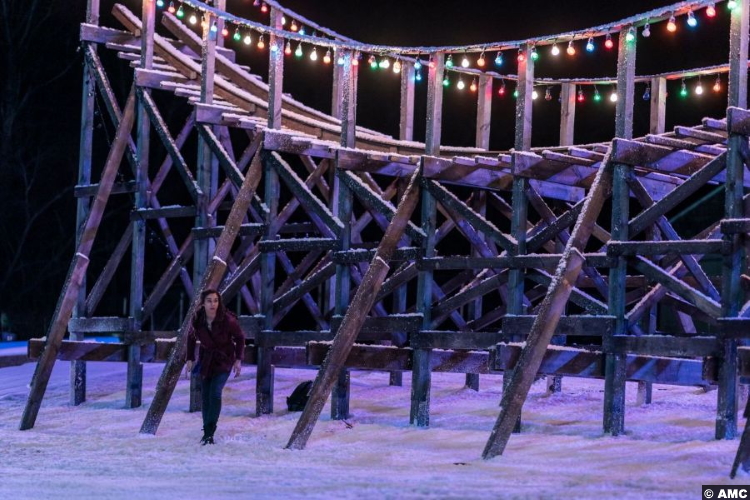 But as the bombs go off, Charlie starts to weaken and wither into Old Man Manx. Meanwhile, the witch kids, who are oblivious to the world literally crumbling around them, are playing keep-away with Maggie’s tiles. Can Maggie not get another set, another knife like Vic has had to do? At least she wouldn’t have to chase that one girl into the Ice Maze.

Then they have to deal with Charlie again, but the more bombs that go off, the weaker he gets. Vic could probably stay there hitting him forever, but Maggie stops her, telling her “He’s just an old bitch. That’s all he ever was.” True. Besides, you gotta get Wayne (and Millie) out of there.

Nevermind, Millie’s handling it herself, trying to get up the courage to step through the static into our dimension. She does and starts to fizz out, but grabbing an ornament–WHEN SOULS FALL–stops the disintegration. And while Wayne has put up a struggle, the lights are now going out. Is the hold over him breaking as well? I guess we’ll find out next week.

And in the meantime, someone please adopt Millie and take her to Glossier or whatever it is girls her age like to do–watch unfathomable hours of Youtube unboxing videos?

9/10 – It is hilarious and just that bogeyman child-catcher Charlie Manx can’t win an argument with a tween.