We begin this week in a flashback to the funeral for Chris’s father, Larry. Chris gives the eulogy and like him at various points over the years, it’s a mess. And it’s a wonder I didn’t realize at this point where this all was going.

Flash-forward to now and they’re finally getting the Triumph running again. Nobody loves the idea of Vic going by herself, so she brings her dad along with her. Also, Linda gets to see the bridge. And you thought your girl wasn’t magic. 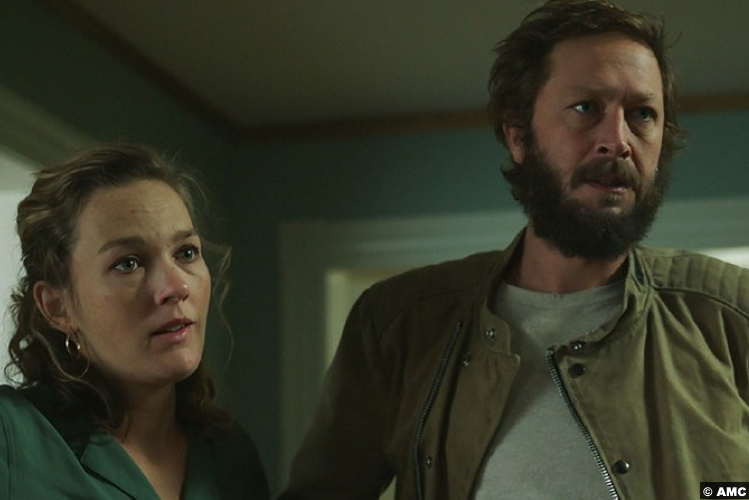 At the junkyard, they find Wayne’s phone, but of course, not Wayne. They also find Bing, but that ends up being a disaster because Chris is a “punch first, ask questions later” kind of guy.

Despite all appearances, though, Bing isn’t dead, and after he’s checked out at the hospital, he’s processed for arrest. At first, it doesn’t seem to affect him much, though, because he just keeps asking everyone if they know Vic.

And despite the disciplinary action, they allow Tabitha to interrogate him. In exchange for letting him talk to Vic, he’ll say just about anything. And Vic will say just about anything to him. In their talk, we can see that he’s sad and scared and lonely. It feels like he’s going to ask her to visit him in jail, but ultimately, he just wants Vic’s forgiveness.

She doesn’t really answer because, of course, she’s focused on Wayne. Bing says Charlie will have to stop so Wayne can hang his ornament. And where have we seen a lot of hanging ornaments? At the Sleigh House. 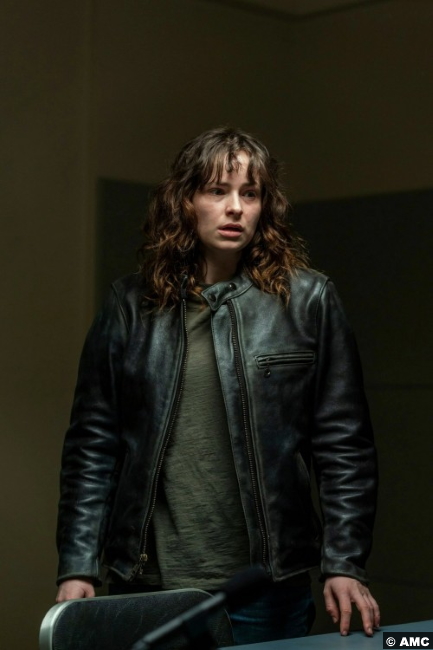 So Maggie asks her tiles if the gang is too late, if Wayne has hung his ornament yet. Luckily, they say he hasn’t. At the same time, Tabitha’s bosses are impressed that she got a confession so quickly. But maybe the fact that she has to play along with their assumptions that Wayne is dead in the junkyard influences what happens next.

Because after she goes outside to Maggie, she has her own confession. She just wants to live a normal life, and she knows that Maggie never could. So they break up and I hate it. Crying makes my eye hurt–please stop. 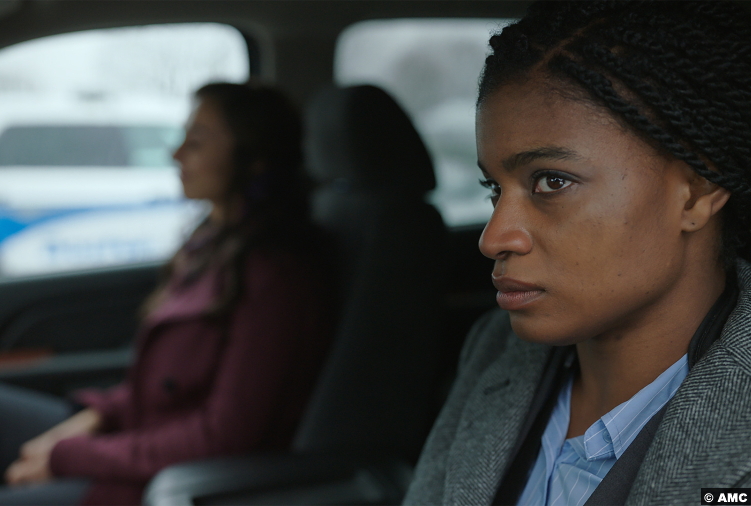 It does free up Maggie to come along to the Sleigh House with Vic, Chris, and Lou, though. And as Vic and Chris bury the ANFO again, Chris tries to make amends. This is when I first realized what was going to happen. As my notes read, “Oh, damn, Chris is gonna die.”

Anyway, like Bing, he wants Vic’s forgiveness. And I think she wants to give it to him, but she can’t make that leap. In her mind, letting it go would just be “letting [herself] off the hook.” And she’s not done punishing herself yet. (But just wait!)

She gets distracted, though, because Millie is calling to her. I think that when Charlie is weak, it doesn’t just affect the Christmasland infrastructure–it affects everything, like his hold on the kids. Not to mention that he’s basically a deadbeat dad. As such, Millie knows what Vic is there to do and she’s pretty cool with it. However, she doesn’t want it to go forward without the chance to escape. She wants a chance at being a regular kid–she doesn’t want to just die. Again, please stop, I cannot cry.

And it’s not a hard ask–all Millie is asking her to do is promise to help. In return, she shows Vic that Christmasland is permeable. That’ll come in handy later, I’m sure, as will the tiles’ latest revelation. Maggie wants to know about saving all the kids, but unfortunately, that’s a complicated question. As an answer, the tiles return, “WHEN SOULS FALL.” Thanks, that’s clear as mud.

But that’s a problem for another week, because the Wraith is coming. Charlie sends Wayne off to hang his ornament, so it’s the perfect time to start triggering the ANFO. Sadly, though, Chris can’t seem to get the timing right to really damage the Wraith. And then nothing is right.

Wayne, first apparently happy to see Lou, turns feral and runs away. The Triumph also fails, sputtering to a halt. When Chris, perhaps desperate to do one good thing for his daughter, pushes her out of the way, Charlie runs him over. And after Wayne returns to the captivity of the Wraith, Charlie breaks Chris’s neck.

I know that Vic’s unwillingness to forgive people is like she told her dad–it’s basically another way to punish herself. But at some point, if she’s really going to be the parent Chris couldn’t, then she’s got to let it go. I mean, you don’t have to focus on that RIGHT NOW–let the rage fuel you. But when you get Wayne back–and I fully believe you can–let’s look into some therapy.