This week, the story seemed to move super fast. Then I realized that, yeah, it is. Although this is only the second week of the season, we’ve now seen four episodes. Whew.

As for this week’s episodes, we begin with Laszlo hypnotizing Sara so she can see what it’s like before they subject Señora Linares to it. Sara, however, is fighting the experience. 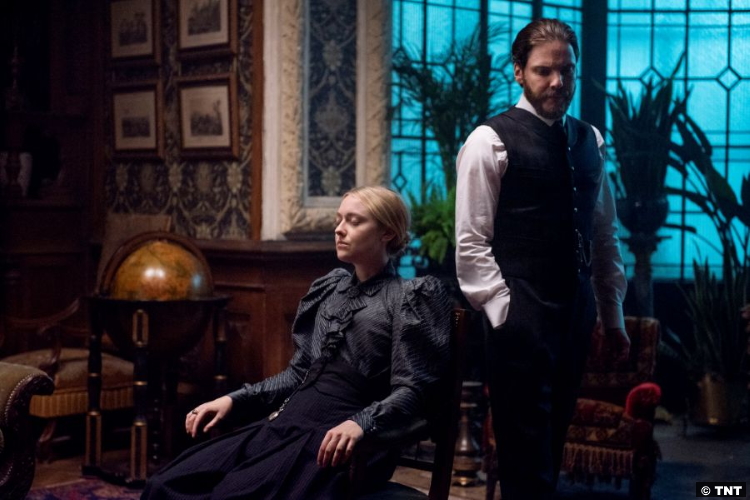 It’s for good reason, though, because she has a flashback to her childhood. Specifically, she seems to jump back to her father’s death. In case you forgot (or you’re new to the show), Sara believes her father died in a hunting accident. However, other people apparently believe it was a suicide.

Sara puts an end to the hypnosis because she still can’t bear to remember. And anyway, she has work to do. With assistance from John’s friend, Ogden “Oggie” Gildersleeve, a donor to the lying-in home, Sara gets a meeting with Dr. Markoe. She doesn’t get much information from her meeting with him, but she does use the visit as an excuse to poke around. And there is reason to–Señora Linares once took baby Ana there because she didn’t want to take her to a bigger hospital.

The matron seems like a good suspect at first. Not only is she terrible to the nurses, including Colleen (Liadan Dunlea), but a later visit to the woman’s building turns up an interesting detail. It seems the matron sometimes brings home babies. She apparently returns them, but still. It’s weird.

In addition, speaking of weird, there is the way she treats one of the patients. The hospital gets a lot of business from the mistresses of rich men. One such rich man, Richard Osgood (Ryan Ellsworth), won’t visit his latest squeeze, Helen (Elena Delia)–the woman we saw giving birth last week–but he does send her fancy dresses. Yeah, that’s what she needs. Anyway, the matron tries one on and dances around in it, as Helen looks on in foggy horror.

Libby (Rosy McEwen), another nurse, also points Sara in the matron’s direction. She says that when Ana was a patient there, the matron was laser-focused on her. She wouldn’t even allow the nurses to care for her, preferring to do it all herself.

By the way, Helen isn’t Osgood’s first indiscretion. He also got Colleen in the family way at some point in the past. It seems that the hospital frequently employs these poor women, because where else are they going to get work? They’re ruined now, after all, I say with the heaviest sarcasm. And that’s not the only indignity; it also appears that Markoe uses them as his personal harem. 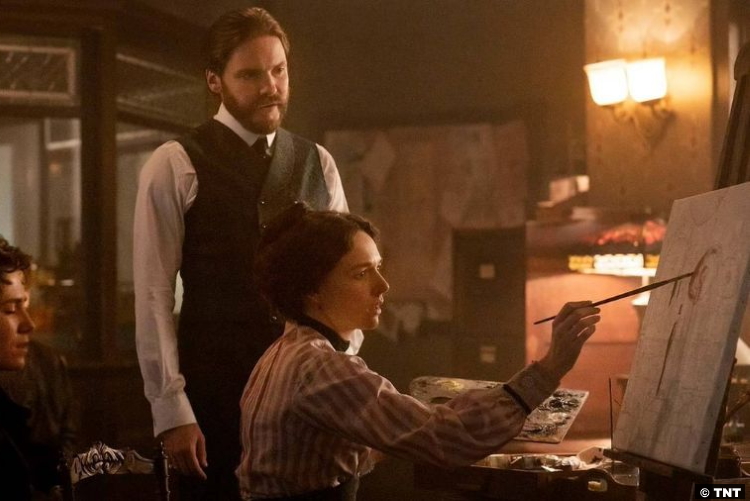 Anyway, the hypnotism of Isabella Linares goes well-ish. It’s not some movie scene, where she suddenly remembers everything that happened, but she does remember some crucial details. In her recollection, she remembers the sensation that someone was watching her. She also remembers a photographer in the park. So Sara dispatches her employee Milly (Georgia Lowe) to get copies of all his shots from that day.

Meanwhile, Sara’s other assistant, Bitsy (Melanie Field), goes undercover at the lying-in home. That’s how we find out about the mistresses’ floor and how all their babies are somehow stillborn. Gosh, what are the odds of that?

The big event of the second hour, though, is John and Violet’s engagement party. Everyone who’s anyone is there. Hearst gifts them a fancy German motor carriage and uses the moment to basically insult John for minutes on end. Sara is offended on John’s part and later tries to talk him out of marrying Violet. And he’s like, well, I tried to marry you, but you said no. Again, this is at his engagement party. I love these emotionally-stunted babies. Like, how you gonna say that he deserves someone like you, “but not me”? YIKES. 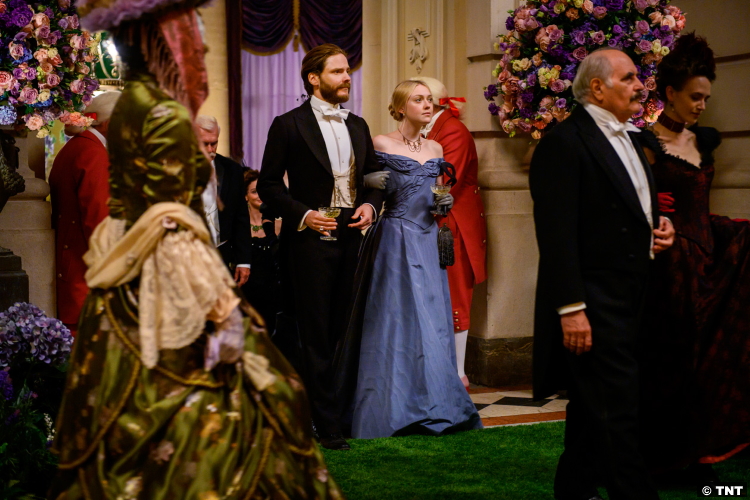 And speaking of babies, I bet Osgood didn’t want anyone to know about his, but there’s Helen, somehow appearing in the middle of the party like a damn Victorian ghost. She’s serving us Bertha Mason vibes and it is a mess. Thankfully, Sara is able to help hustle her out of there.

And they all need to get out of there, because Bitsy is in trouble. Colleen’s seen her poking around, especially in the drug room, and Bitsy’s constant questions are wearing on her. She finally ends up exploding in a violent rage, chasing Bitsy through the hospital. Bitsy manages to lock herself in another room, where Libby is lurking for some reason.

Meanwhile, the gang is rushing to the hospital because Señora Linares has identified someone in the photos. EH, the mysterious purchaser of the baby dolls? Elizabeth “Libby” Hatch. Luckily, they get there before she can do too much damage to Bitsy, but Libby does escape into the night. Unfortunately for the poor weird matron, though, she escapes into her apartment. She kills the matron and makes her up in the disturbing memento mori look she gave baby Napp.

So we know who the killer is now, but, of course, there’s still one glaring question: Where is the Linares baby? Only Libby knows and she’s now got nothing to lose.

8/10 – While it seems like we learned a lot this week, the show is still good at parceling out intrigue. That is to say that even with the reveal of Libby, I don’t think that’s the end of the story. And not just because we have four episodes left.

Also, congrats to Joanna on her new job and hey, looks like Laszlo might have a new lady friend!