There’s a show on Netflix you might have missed called Trial by Media. Primarily it focuses on how media attention, particularly televised courtrooms, may have affected the outcome of some trials. But of course, it didn’t take the advent of television to make courtroom drama a popular subject for the media. 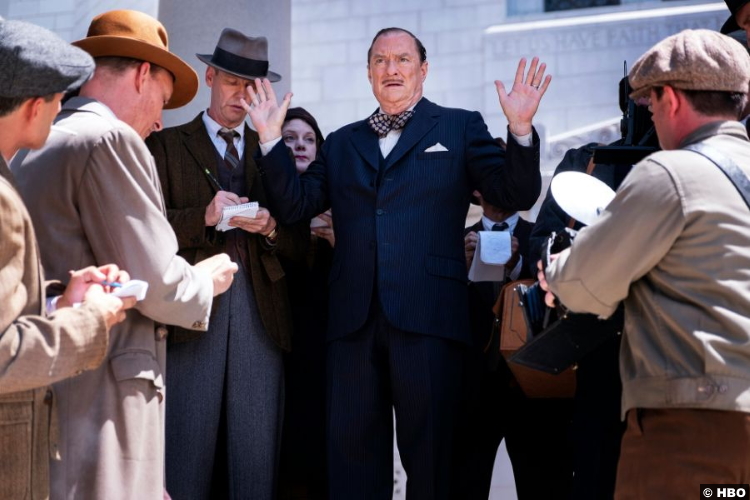 And that’s exactly what Perry Mason depicts this week in its opening scenes. Both Maynard Barnes and EB Jonathan are using press attention to try their cases before they ever get to court. And their respective performances with the press are like a preview of their cases. Maynard is as slick as he’s always been, several moves ahead of EB in this chess game. EB, on the other hand, loses his train of thought.

There are hints throughout the episode that something’s going on with him, but it’s never more glaring than in the courtroom proper. Not only does he lose his train of thought again, but he’s out of it long enough for Emily to enter “guilty” as her plea. In the ensuing uproar, EB manages to convince the court that she misspoke, and she’s allowed to plead not guilty, but it’s not great. The judge sets her bail at $25,000. 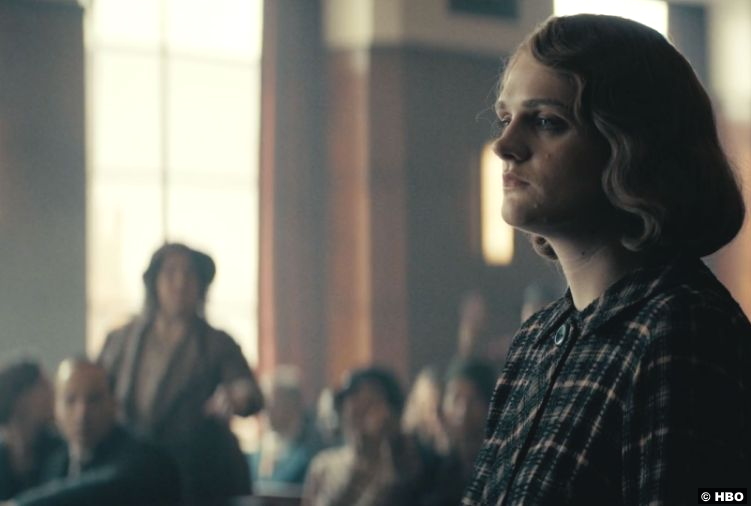 But the hits don’t stop coming for EB and company. Because Matthew is Baggerly’s son and Matthew is actually furious with Emily, it’s unsurprising that Baggerly declines to keep paying for her defense. And it’s sad because despite the beating Maynard gives her in the press–and the literal one the cops give her in jail–it seems pretty clear that she’s innocent. Although she may feel guilty, as a visiting Sister Alice points out, she didn’t do the acts. She didn’t kill her son. She didn’t sew his eyes open.

But someone did, so Perry’s still on the hunt. The obvious lead is George Gannon, so that’s the scent he follows. After examining the bodies of the men in the apartment, once again Perry is befuddled. Gannon gunned down those men, but one was still alive, so he crushed the man’s throat with his shoe–or in the colorful parlance of the show, he made “applesauce with his Florsheim”–and then he went home, typed up a suicide note, and then ate a shotgun. It’s like how he was on the phone with Emily, but also stealing her son from her home at the same time. It doesn’t make sense.

Gannon worked for the church as a bookkeeper, among other things, but he didn’t always follow the Godly path. Before he came to the church, in fact, he worked at a casino, where he certainly could have bumped into gambler Matthew Dodson. Perry kills two birds with one stone by taking Lupe on the trip to the desert. And while she wins big, Perry mostly gets a goose egg. At the casino, Gannon was known for being as thrilling as wheat toast. He left the job because he found the Lord, something he was fond of telling everyone there through his “cheap dentures.” 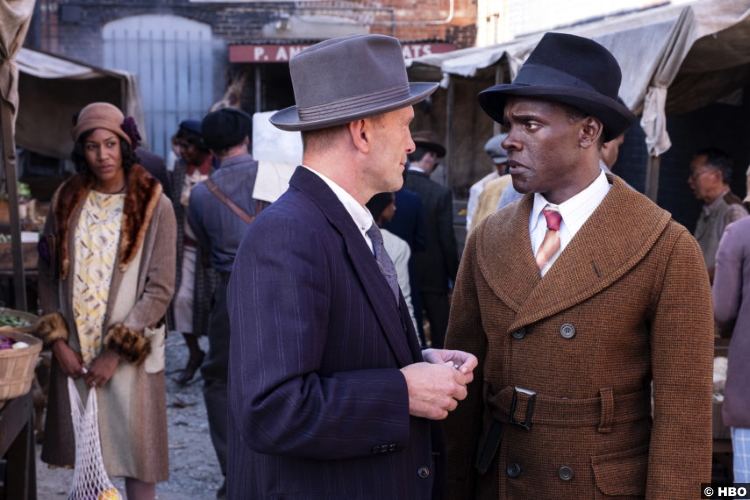 Perry also approaches Officer Drake, after getting a gander at his one-paragraph police report. (I don’t know why I’m doing goose references, especially since a drake is a duck.) Drake rebuffs him, though. And that’s before Ennis, who’d seen them talking, approaches him and Mrs. Drake at a grocer’s stand. (In my notes, I wrote, “Ennis is the kind of weirdo who touches pregnant women’s bellies.”)

The next time Perry approaches him, Drake beats him. (And I could have done without the slur Perry uses, by the way. While it’s probably true for the time, I can think of multiple other words and phrases that would have worked there, too.)

But after having time to think about it, and discussing it with his wife, Clara (Diarra Kilpatrick)–who wants him to just keep his head down–Drake can’t live with being beholden to the detectives. So he surprises Perry outside a bar and tells him the truth. The blood trail went up to the roof, not down the stairs. And when Drake searched the alley, he found half of a denture plate, which he gives to Perry. 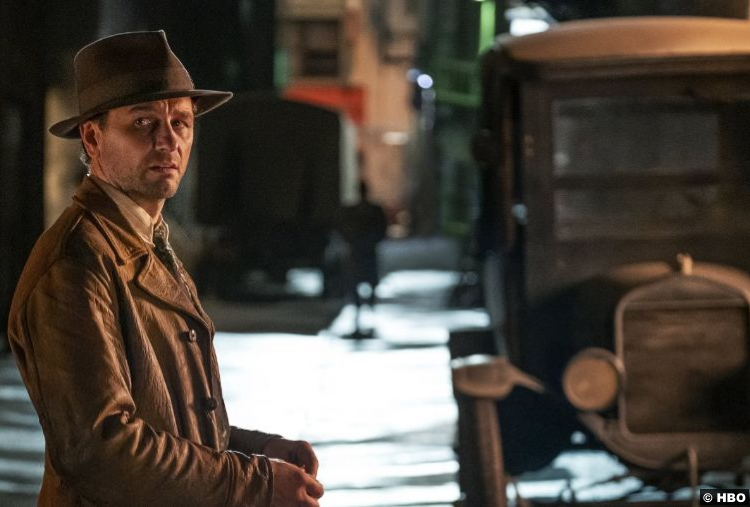 And although it would have to be a monumental coincidence, Perry has to make sure. So that’s how he and Pete end up in another county’s morgue, pawing through dead bodies. It’s worth it, though, when they find George’s, because the broken plate in his mouth matches the one Drake found. Again, duh.

Back at the church, sinners are adrift in the SS Hellsuponus for a little skit during the service. (Absolutely howling at the “Show me them gams, girl!” man.) Sister Alice is supposed to rise up and save them all, but before she can–save them all–she starts seizing. When she stops, she announces that God spoke to her. She’s going to resurrect baby Charlie. Oh, honey.

8/10 – I can’t always find a way to fit in all of my many thoughts, so let me first say that I love Della Street and I would hope to have her fighting my corner if I were unjustly accused in 1930s Los Angeles. And as for the rest, while there were no earth-shaking revelations this week, it’s still just a pleasure to watch.