Xenoblade Chronicles (Definitive Edition) is what a game remake should be

Almost a decade ago, Wii owners in North America and Europe launched a massive campaign to see three Japanese RPGs reach the system. At the time, the Wii was the most successful home console on the market but its library of games was limited to a handful of key Nintendo franchises and a lot of motion control-centric gimmick-games. Despite selling over 100mm units, the Wii was never able to flesh out its library with fighting games, AAA third party games, and RPGs.

Once upon a time, Nintendo was the home for Role Playing Games. The NES had their fair share, including the Final Fantasy and Dragon Quest games, but it was the Super Nintendo that really dominated the genre. The system had everything an RPG lover could want, including Final Fantasy IV-VI, Dragon Warrior V-VI, Chrono Trigger, Mario RPG, Secret of Mana, Earthbound, and more. With the move to the N64, however, Square and Enix (before they were Square|Enix) shifted their focus to the Sony PlayStation due to its optical drive and larger storage space. Final Fantasy VII-IX became massive hits, taking the franchise from a niche product to true, AAA mainstream status. By the time Nintendo joined the disc-party, it was too late. Square was entrenched with Sony, whose PlayStation 2 saw the release of Final Fantasy X-XII.

Despite the PS3 struggling against the Xbox 360 and Wii, Square (now Square|Enix) continued developing its major RPG games for the system, ignoring Nintendo almost entirely.

Meanwhile, Nintendo, lacking a strong third-party resource, turned inward to develop an RPG franchise, creating and releasing the Paper Mario and Mario & Luigi franchises to strong sales. The games are good, but none offer the kind of story, style, or mechanics found in a traditional JRPG.

So you can imagine everyone’s excitement when a trio of games were released in Japan for the Wii: Xenoblade Chronicles, The Last Story, and Pandora’s Tower. Xenoblade Chronicles was a spinoff of the popular Xenogears/Xenosaga series of games. Last Story was the brainchild of Hironobu Sakaguchi, the father of Final Fantasy. Pandora’s Tower was an action-RPG in the vein of Baulder’s Gate, making it a perfect title for a western release.

The games never came West, however.

Nintendo stated they would remain Eastern-exclusive, due to expectations of low sales in North America and Europe. Fan protest and letter-writing commenced, dubbed Operation Rainfall. Finally, Nintendo relented and the games dropped, with Xenoblade being the standout of the bunch. The success of Xenoblade Chronicles led to Nintendo purchasing creator Monolith Soft, turning them into a second-party developer. The partnership led to the release of Xenoblade Chronicles X for the WiiU and Xenoblade Chronicles 2 for the Switch.

I say all that to say this: Earlier this year Square|Enix dropped Final Fantasy VII Remake, the long-awaited redux of their most popular RPG. The game has sold incredibly well, despite objections from many who grew up playing the original. In all the technical ways, FF7R is the perfect game. The visuals are stunning, the voice-acting is superb, the environments, music, gameplay; it’s all aces.

The problem is the story.

Square’s developers decided not to remake the beloved (if slightly convoluted) original Final Fantasy 7 narrative, instead opting to “retell” the story in new and surprising ways. The changes are, to say the least, controversial. Most fans are split between either hating the differences or merely tolerating them. For the former, the incredible visuals, music remixes, and other technical improvements are wasted by the additionally-convoluted story, ruining the game experience overall. That doesn’t even cover the changes to the game’s battle system which, while well-implemented, is likewise a stark departure from the original’s classic turn-based combat.

A few months after FF7R released, Nintendo and Monolith Soft released a remastered “definitive edition” of the original Xenoblade Chronicles. Here’s a quote from the lead developer, Tetsuya Takahashi, discussing his team’s mindset as they undertook the remake-process:

I think it’s very important not to alter game content such as the story and battles, and as such, remains unchanged from the original. That said, there were new mechanics added. Autosave, casual mode, quest and landmark stacked EXP bonuses, advanced level settings that allows players to level down at any time, time attack, event theatre, fashion equipment, and more.

In other words, Nintendo/Monolith’s focus on the remake was to improve what needed fixing, not messing with what wasn’t broken. The result is, as the title says, the “definitive” way to play the game. Everything that was good in the original is made better, and everything that suffered due to the Wii’s technical limitations is vastly improved.

What XC: DE isn’t is a new game with the old characters. Instead, it’s the old game, made perfect. For that reason alone, despite the technical superiority of FF7R, XC: DE is the RPG I would choose if forced to pick between the two. 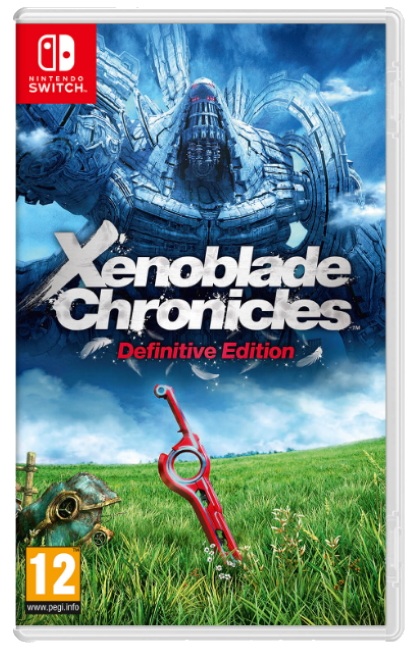 Xenoblade Chronicles’ great strength is found in two key areas: Gameplay and Story (with a special nod to the incredible soundtrack). Exploring the environments and interacting with friend and foe alike is akin to an MMORPG, meaning the battles are handled in real-time, with auto-fighting happening while you flip through action-options. Adding characters, customizing them, buying and selling for upgrades; all the tropes you expect in an RPG are here. What sets the game apart from others is how simple the game is to pick up, while also being deep for those who want more than just a surface-level experience. That balance of “simple but deep” has long been Nintendo’s bread-and-butter, and it shines here. 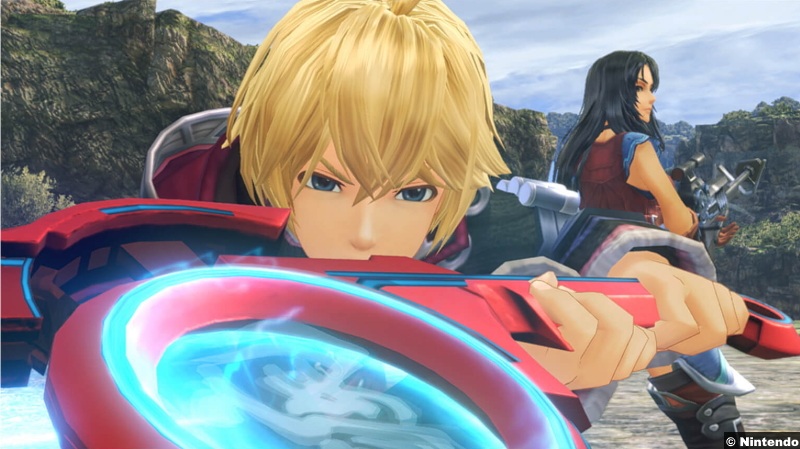 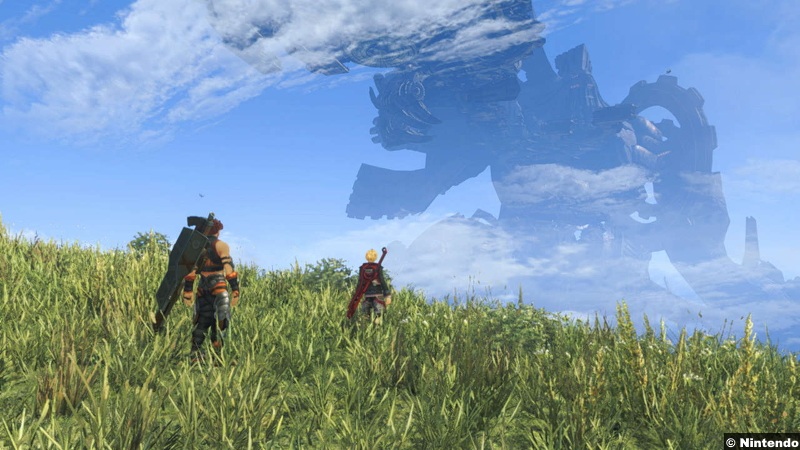 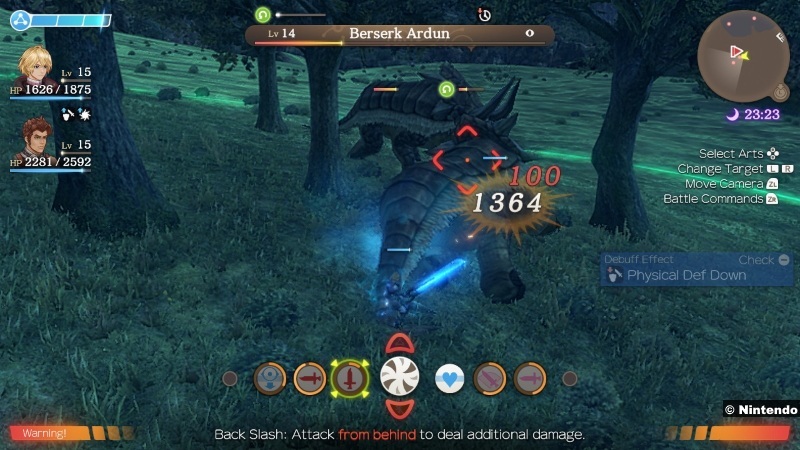 In terms of story, there’s not much I can say without spoiling it, and Xenoblade Chronicles is one game I refuse to spoil. I played it on the Wii soon after it released, having grown up with SNES RPGs. For most of it, the story is fairly typical, and the game relied on its massive world and fun combat to carry it. It’s not until the halfway mark that the story started to gain steam, and by the time my characters reached the location for the final battle…I was so shocked at what I was seeing I vividly remember having to put my controller down and walk away for a bit, a reaction I hadn’t experienced in a story-twist since I first read The Half-Blood Prince.

And sure, Final Fantasy VII’s story has its own tremendous twists and turns in the story, all of which have become legendary in the game’s almost quarter-century life. I will never forget the reaction I had to seeing Sephiroth in the flames of Nibelheim. That’s not a spoiler for FF7R, by the way, since the moment itself is spoiled in the game before it happens. My problem with the FF7 remake is that it takes a great story and adds what wasn’t necessary. No one looked at the original game and thought “what this needs is a new narrative on top of the old one.” All anyone wanted out of FF7 was the same game, updated on a technical level.

Xenoblade Chronicles for the Switch, on the other hand, is the template for how to do a “remake.” It may not be as stunning to behold as an RPG on the PS4, but it retains the soul of the original, brings back the same marvelous story, the same fun battle mechanics, and improves on all the technical qualities, streamlining the menu and navigation systems, and tweaking and smoothing the original’s rough edges to make the “old” experience, not “new,” but “improved.”