Final Fantasy Type-0 releases on Playstation 4 and Xbox One on March 17, and it’s a game that has been highly anticipated by fans of the franchise ever since it was announced at the E3 conference. The game, which was originally released in 2011 for the PSP in Japan, is a remastered HD version that’s been upgraded for the newest game consoles. While fans of the series will notice many of the core elements they would come to expect from a Final Fantasy game, the game features some marked differences that make it more than just a traditional RPG.

Final Fantasy games have always revolved around a central story, which is usually about a group of characters who live in some sort of fantastic world unlike our own and are tasked with saving that world from a powerful evil force. Fans of the series often remember the games more for the stories they told than they remember anything else. A story like the one told in Final Fantasy VII with Cloud Strife battling the evil and powerful Sephiroth for the fate of the world sticks with you. As does the story of Tidus battling Sin in an attempt to save the world of Spira in Final Fantasy X. While the characters of several of the Final Fantasy games are some of the most memorable in gaming history, the game’s story is about more than just the characters. The world in which each game takes place is carefully designed and is easily what makes Final Fantasy’s story lines so immersive.

With Final Fantasy Type-0, game developers take us into a world that is very similar to the story worlds of games past, but what sets this one apart is the level of conflict that the characters face within it. Orience is a world divided into four nations, each with their own crystals of power, and the world is at war. Not just a war like in games past; this is an all-out high-casualty bloodbath, and players are thrust into the thick of it as soon as gameplay starts rolling. As the game begins, the vast army of the Miletesi Empire is leading attacks against the other three nations, the Dominion of Rubrum, the Kingdom of Concordia, and the Lorican Alliance, in order to take control of each nation’s crystals, making the Miletesi Empire the lone superpower of the world. 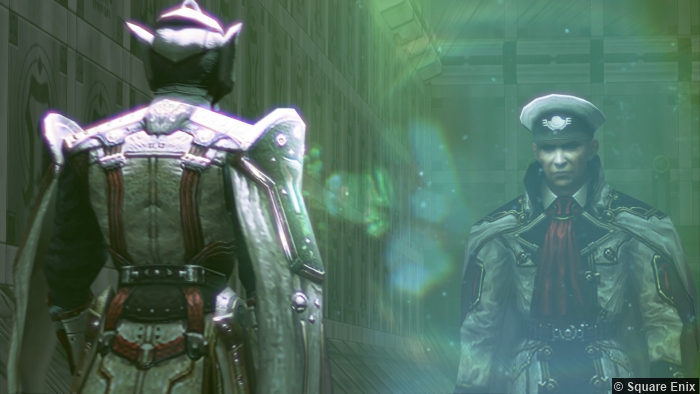 When Cid Aulstyne, high commander of the Milites army and one of the game’s main antagonists, leads a devastating attack on Rubrum, a special task force known as Class Zero is called upon to aid in the war and stop the Milites, and that’s where players come in as we’re introduced to the game’s primary characters. Class Zero is a team of 14 cadets of a magical academy in Rubrum called Vermillion Peristylium, and each of them have their own individual personalities, strengths, and weaknesses. Each of these characters are playable, and you’ll want to use their strengths at various points in the game. The developers made sure to give each character a distinct personality, from perky to cold, and different fighting styles that will be helpful depending on the mission you’re playing.

Another thing that sets Final Fantasy Type-0 apart from previous games in the series is that it’s a much darker and grittier game than fans of the game will be familiar with. With the nation of Orience at war, players will interact with death at almost every turn of the gameplay. To show how much darker this game is in comparison to others, the game’s opening scene features a dying chocobo. Chocobos have a been a fun staple of the series ever since Final Fantasy II, but Type-0’s opening chocobo slaughter marks a stark difference in the tone of the game. Previous games have also been known to show death scenes without blood. That’s not the case with Type-0. When an enemy dies, you may see them explode into a gory mess or see them bleed out, but one thing’s for sure, you’re going to red when someone dies. While some longtime fans may be disturbed by the appearance of blood in a game that has been relatively clean in each installment of the past, Type-0 adds an element of realism to it that will have many fans feeling more immersed in the gameplay than they ever have before.

Another element of the gritty nature of the game is the difficulty characters face in dying with the player not being able to quickly bring the character back to life. In previous games, as long as you had a Phoenix Down on hand, you could bring your character back to life with no problem. But in Type-0, the days of the Phoenix Down are over. It doesn’t exist in this game world, which may be disappointing to some, but it’s clear that the game’s developers are not entirely focused on reaching just the fans of the series; they’re aiming for a whole new generation of players who enjoy games that are fast-paced and full of action and gritty realism. Case in point, the combat system in Type-0 requires quicker response times to attack and dodge enemies on the battlefield. Combat is so fast-paced that when you tap into the options menu for a potion, gameplay continues, which means you have to choose quickly or risk dying at the hands of your enemy. You can have three characters active in battle at any given time, and switching between characters is quick and easy.

Videos and screenshots from Type-0 that have been released in recent weeks look promising as we’re introduced to the kind of realistic battle and face-paced gameplay that make Type-0 the kind of game that redefines Final Fantasy as a game. The game already gained significant popularity in Japan when it was originally released for PSP, and the work the developers have dedicated to make the game look good on big screen consoles makes this a game to watch out for. Especially if you’re a longtime fan of the series, this is the first Final Fantasy to appear on PS4 and Xbox One. Plus, the game features a look at the highly anticipated next installment in the franchise’s main series, Final Fantasy XV.

Final Fantasy Type-0 releases for PS4 and Xbox One on March 17.