“Promises, promises” and the next Zelda

I’ve been playing Zelda since I was old enough to play video games. In fact, if it wasn’t for Zelda I would never have become a video game enthusiast. You see, the very first video game I ever played was Teenage Mutant Ninja Turtles for the Nintendo Entertainment System. Do you remember that game? I think back on that game the way scarred vets think about ‘Nam.  It wasn’t just “hard;” it was frustrating. It wasn’t difficult so much as it was practically broken. Enemy hitboxes (the boundary around a sprite that registers whether you made contact with it or not) were inconsistent from character to character,  game mechanics were flawed to the point that one half of the playable characters (Ralph and Mikey) were worthless. The game was cheap too, with it very possible to get stuck in a corner while enemies pummel away your health without any way of escape. I got the game for Christmas from my grandmother in 1989. I was 5 years old. 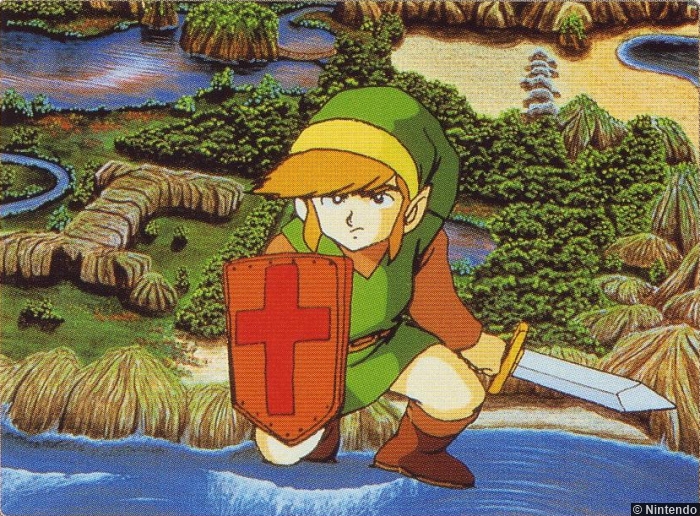 I can’t imagine letting even my 9 year old son play that as his first video game. After a few hours with it I decided it wasn’t for me (I did eventually return to it, years later, and almost beat it) and would have put the controller down forever if it wasn’t for another game: The Legend of Zelda.

Now, to be fair, Mario 3, Pac-man and Bump-n-Jump also aided my video game rehab, but Zelda stands out because I viewed it, at the time, as a better version of TMNT. Looking back there’s not many comparisons to be made, but for a five year old the overhead exploration parts of TMNT were so similar to the layout of Zelda that I drew an instant connection. But where TMNT was inconsistent, Zelda was precise. Where half the gameplay of TMNT was worthless, with Zelda there wasn’t a powerup available that didn’t have value and use in any situation. Where TMNT was frustrating and cheap, Zelda was challenging and ultimately rewarding.

The first time I played it, it took my breath away.

I fell in love with it and with many of Nintendo’s other in-house offerings (Mario, Kirby, Metroid) and from then on I’ve been hooked. I love all things Nintendo, but I have a true softspot for Zelda. No matter how old I get, I will always come back to Hyrule and prepare myself for another adventure. Now that I’m a parent, I love that I get to share it with my children; my boys play it on their own (and I relish in not helping them, except to give them the vaguest of hints), and then they watch me play it, the two of them sitting on either side of me, a head on each of my shoulders.

As always I am greatly anticipating the next release. The trailer looks phenomenal, the gameplay looks as engrossing as ever and the art style is beautiful. I have high hopes that it will bring the kind of wonder and fun to my boys that all the previous games brought to me.

With one glorious exception, Zelda games have—in my opinion—been in a bit of a rut. I’m not counting remakes like the souped-up Wind Waker release for WiiU, or the N64 updates that came out for the 3DS. I’m talking about the new entries. Twilight Princess and Skyward Sword for the Wii and the two DS games, Phantom Hourglass and Spirit Tracks.

These four games received their fair amount of acclaim but each of them has struggled to capture the kind of instant-magic that the earlier Zelda games had. The DS games were dragged down by uninspired dungeon design and the decision to use the DS’ stylus for all of Link’s movement. The latter was a classic example of Nintendo out-thinking themselves, wanting to create something “different” even if it wasn’t as “fun” as what they’d done in the past.

Twilight Princess had its own problems. Namely, it was Nintendo being reactionary. The complaints against Wind Waker were that the game was too childish, with its cartoon-looking characters. So Nintendo went in the other direction and created a game that was gritty and raw, but due to the limitations of the Wii it came off looking muddy, blurry and…brown. What Nintendo failed to realize was that fans will always hate a new Zelda game and then after a while they will come around to it. Wind Waker was hated by many at first, but by the time Twilight Princess launched it was almost universally praised as a work of art. The controversial art style ended up being so beloved fans were angry when Nintendo tweaked it for the Wii U re-release, turning the classic Disney animated movie look into something more akin to a Pixar computer animated look. Had Nintendo not worried about pleasing a fickle fanbase they might have toned down the grittiness of and produced a game that wasn’t as “kiddy” as Wind Waker, but still not as “raw” as Twilight Princess. In other words, they would have made a game that looked like Skyward Sword.

Speaking of: Skyward Sword is adored by some fans but personally I thought it was the weakest console entry since Zelda II. The problem isn’t the art style (though its clear Nintendo’s ambition outreached the Wii’s capability). It was the story and the gameplay that was at fault here.  Skyward’s story dragged down the gameplay, in that it wasn’t engrossing enough to justify so many pauses in the action (the way a game like Final Fantasy VII or Metal Gear Solid can do). While the gameplay was touted by Nintendo as a new approach to the Zelda formula, it really wasn’t: Nintendo, and game director Eiji Aonuma just slapped some previously unused (in Zelda games) tropes onto the old formula (stamina meter for running, weapons and armor upgrades). Nintendo didn’t fully commit to a total Zelda makeover, and instead settled with a different coat of paint. It made the game feel dated when it was meant to feel fresh.

The new look seems to be what Nintendo wanted to do with Skyward Sword but couldn’t because of the Wii’s hardware weaknesses. As for gameplay there hasn’t been a lot shown yet, but we’ve gotten the same old promises, which mostly boil down to: “We’re going to rethink the Zelda conventions.” I heard that for every Zelda announcement since Majora’s Mask was first previewed, and it and one other game have been the only ones to actually live up to it. Wind Waker didn’t rethink anything, it just offered a new look. Twilight Princess didn’t rethink anything, it just offered the option to turn into a wolf. The DS games and Skyward Sword didn’t rethink anything, they just gave you a different way to control your character.

The only games since the series went to 3D that have actually changed the perception of what Zelda could be have been Majora’s Mask (with its emphasis on questing, and the 3-day mechanic) and the one game I’ve avoided talking about thus far: A Link Between Worlds.

If there is one game that the next Zelda needs to take as inspiration, that’s it.

The game gives you the entire map to work with, offers up essentially every key powerup instantly and allows you to explore what and how at your leisure. Instead of hand-holding, overly long explanations and owls asking “Do I need to repeat the whole instruction manual again to you?” you are simply tossed into the world and told to start exploring. Playing it was like going back and playing the first Zelda game, only with more refined mechanics. My only complaint was in the brevity of the dungeons. There were a lot of them but they could be finished in one session; I assume that was a decision made with the “handheld” console in mind. Zelda for WiiU won’t have that issue. Again, I hope.

After 25 years of gaming with Zelda I am certainly not ready to call it quits, but I am ready to enjoy a console game experience that lives up to the promise of being fresh and new. I’m ready to explore Hyrule the way I did as a child, only with a beautifully rendered 3D environment before my eyes. 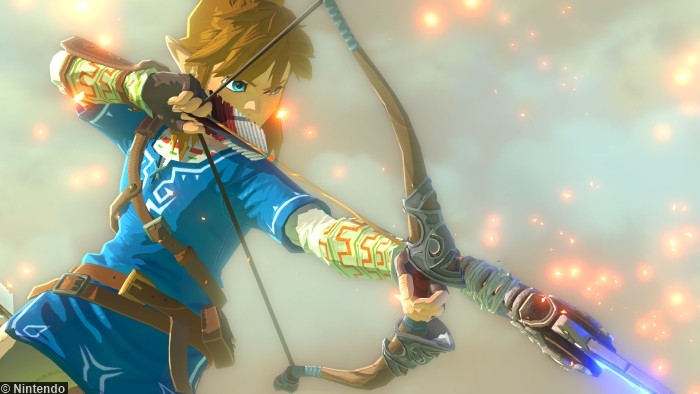 I’m ready for Zelda to take my breath away again.