I KNEW IT, I scream so loudly that it rattles the windowpanes. Okay, actually, I didn’t do that, because my mom’s dog was sleeping and I didn’t want to disturb her. But I screamed it internally.

As for what I knew, I’ll get to that in a moment. First, though, we’ll start with Liz, who should have had the most sedate day. (That is, outside of Kyle, who is at a conference.) She’s accompanying her dad to a doctor’s appointment. Pretty boring stuff, yeah. 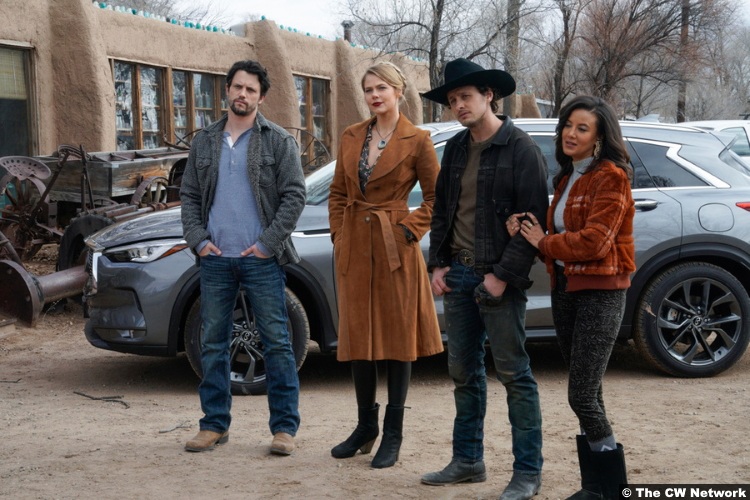 However, they’re not there for long before Liz spots some ghouls from ICE. You can see her panic set in immediately, especially when she can’t find her dad. She gets a brief reprieve, though, when she realizes that he’s just left the room. She tries to hustle him out of the clinic, but she’s not quick enough, and they’re spotted by the ICE goons. Before you can say, “Papers, please,” Arturo is swept up.

He doesn’t want Liz to make too much of a fuss, especially since someone has to be there for Rosa. But you know Liz isn’t just going to let her dad be deported. Jenna, who’s back at the hospital because of migraines, tries to help, but it’s to no avail. Because of that stupid vandalism arrest, Liz has been disqualified as a sponsor for Arturo’s green card.

So she calls in the big guns, her former fiance Diego, whose congresswoman mom pulls some federal strings. He says his mom always liked Liz and dang, she must, if she’ll do a favor even after Liz left her son.

So after a very high-stress day, things mostly work out for Liz. Would that all ICE encounters have such happy endings.

And Diego’s not finished doing favors for her. She asks him to look into a strange chemical that turned up in Jenna’s tox screen. Apparently, it’s a memory drug. Or rather, an erase-your-memory drug, developed for military use. Ah, that’ll come back. And speaking of things that’ll come back, Diego is too good. Like, almost too good to be true. Like Max says later, “He’s like if someone mixed a cologne ad with a Kennedy.” What’s going on there? Why would Liz leave him? 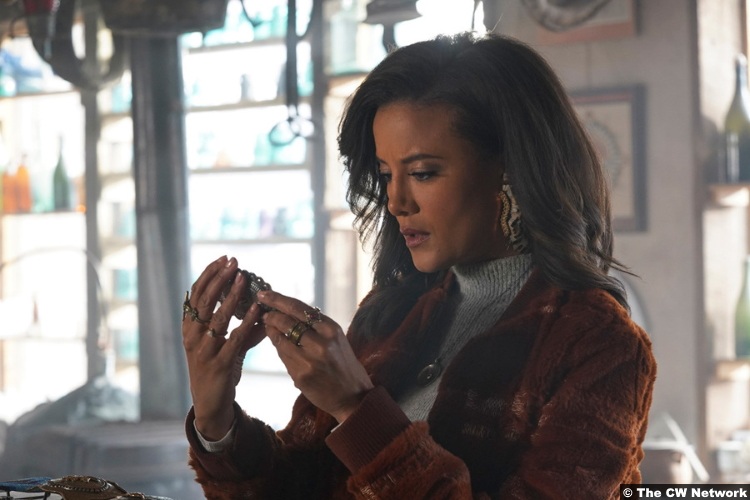 Louise, unfortunately, is no longer with us. I mean, as far we know at this point. However, there’s also a gravestone for the daughter she had, but that daughter did not die. At least, not on the rez.

Isobel takes Max mind-walking into the mind of Harrison, who knew Louise. He’s terminally ill now, and unable to speak, but in his mind, he’s the young man he was when he first met Louise. After she was shot, Tripp brought her to the rez, where they took care of her. (And in an Easter egg for OG Roswell fans, when they ask Tripp where she came from, he says “…up north.” In the first episode of the original Roswell, when Liz asks Max where he’s from, he points up and she asks, “Up north?”)

In our first stunning revelation, Harrison tells them that Louise had two daughters, her “stars on the ground”–no sons. So Max is not her child. Unless he is, and Louise was just trying to protect him. That was her in his flashback of an alien woman rescuing and protecting him, wasn’t it? Then again, Harrison is pretty clear when he says, “You came from something else.”

While they’re learning that, Maria’s having trouble with her mission. She assumes the stamp on the back of the necklace, “Tsela,” is a maker’s mark, so she’s looking for other jewelry by the same artist. But there’s nothing else.

It isn’t until the group reunites that everyone finds out it’s not just a name; it’s a Navajo word that means “stars lying down.” Or as they explain on the show, “star on the ground.”

That’s right, Maria’s grandmother was Louise’s daughter. This means that Isobel is Maria’s great-aunt and Maria is part-alien and I KNEW IT. Also, my condolences to any Maribel shippers.

So that’s a lot for everyone to take in. Let’s just have a moment. 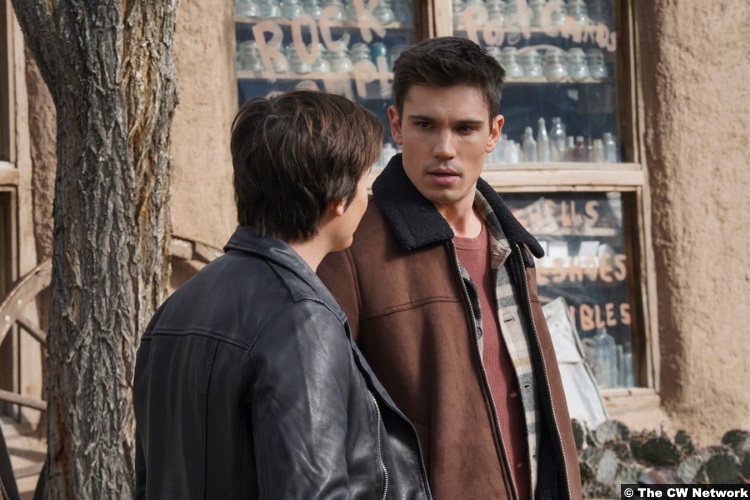 Okay. While they were at the rez, Alex talked to his brother Gregory, who lives there. (Fun fact: Not only is Tanner Novlan the same guy from the Liberty Mutual ad–yes, “Liberty biberty”–but he’s also married to Kayla Ewell, aka Nora.) Gregory apologizes for not standing up for Alex more with their dad. (Where is their ma?)

Alex, though, is still on his kick about Jesse being a changed man. Oh, ye of too much faith. He wants to take that alien ship console piece he found in the walls of his home and show it to his dad. Michael doesn’t think it’s a good idea, but he lets him go.

Also, I really enjoyed the scene with Isobel and Michael talking about her future hopes for babies. I guess that’ll be a fallback plan now that we know that humans and aliens can reproduce.