Well, that was quick. Like five minutes after telling Linda that she’d better accept that it was over or he’d have her institutionalized, Peter is moving Elsa and her dreadful progeny into his home. Unsurprisingly, at least one of his boys is not thrilled by this.

He misses his ma, for one thing. And although he doesn’t come right out and say it, I don’t think he likes Frank. Trust those instincts, son. 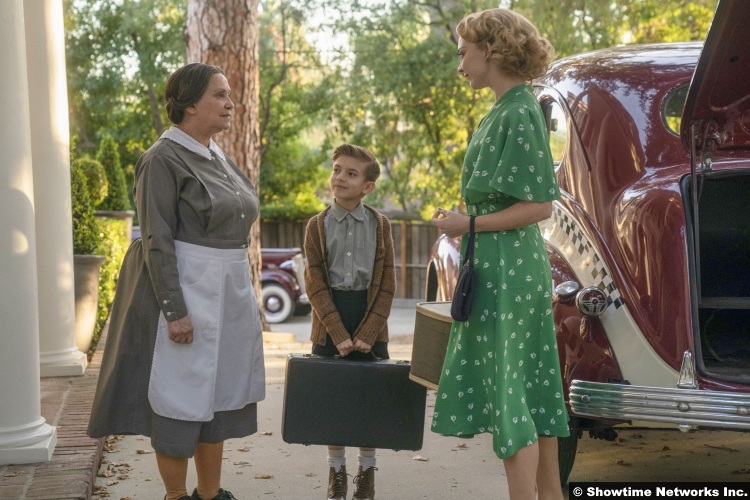 Because as soon as I saw that the Craft boy had a pet hamster, I was like, “RIP in peace, hamster.” Sadly, my instincts were right. At least we don’t see it die, though, which isn’t exactly a rousing testament to the quality of this show.

Anyway, along with moving in, Elsa wants to move Maria out. She succeeds in convincing Maria to move to a room just off the garage–since Maria doesn’t actually live there full-time, it’s not a terrible compromise. But you can see her machinations, especially in how she tries to appeal to his xenophobia.

Surprisingly for a Nazi, though, that’s the wrong tact, at least for now. Peter relies on Maria a lot and his boys love her, so his reluctance is understandable. Also, maybe a part of him doesn’t fully trust Elsa. Maria sure doesn’t.

And her children could stand to learn some distrust. Because even though they technically closed the Hazlett case, Tiago didn’t really vet Molly as he should. But maybe he’s having some regrets. 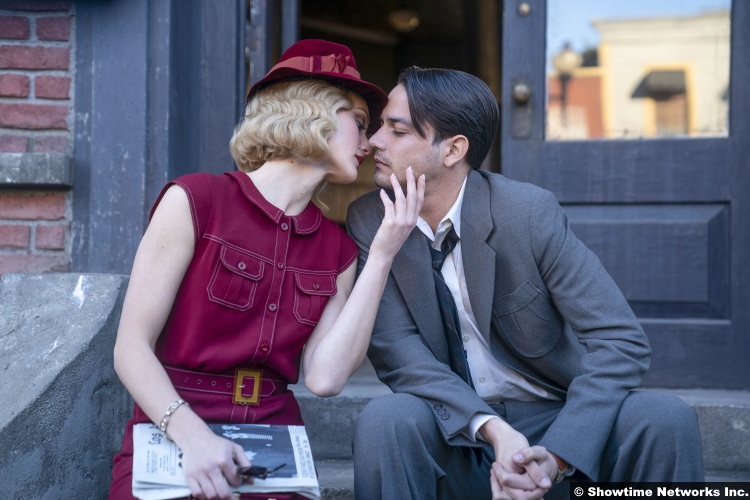 Because Lewis has called in that favor, sooner rather than later, and so Tiago is recruited into the Nazi hunt. He and Lewis stake-out a restaurant where Goss and Kurt are dining. They’re surprised when Councilman Townsend shows up, but very surprised when Adelaide also joins them.

But that doesn’t go anywhere, not this week, so don’t worry about it, I guess.

And as for Townsend, I haven’t really mentioned him lately because there hasn’t been much to say. Yes, they installed Kurt as his lover and they seem to have formed a connection beyond that. But as for the other stuff, the whole reason why Kurt is there–the Nazi stuff–it’s just kinda floating. 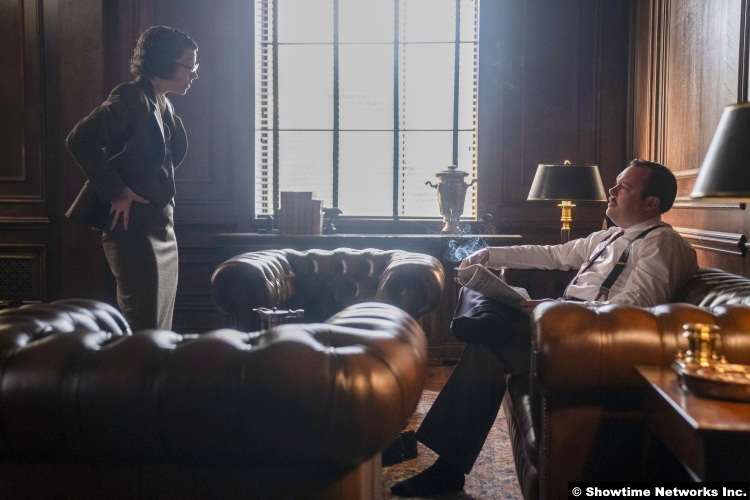 Honestly, Townsend almost seems too daydreamy at this point for the role for which he’s been chosen. (By “daydreamy,” I mean that Kurt has him sprung.) He certainly doesn’t seem formidable enough to go up against Councilwoman Beverly Beck (Christine Estabrook). And although her line about making “a racist demagogue without a single scruple the President of the United States” is very topical this week, I don’t generally like a winky line like that.

But I guess that’s better than Maria telling Magda that the coyote, “an old dog,” is her icon because, “I am a dog. That is my strength.” I can’t speak for Maria or people who share her beliefs, obviously. But I can say that in general, in indigenous belief, the coyote means more than just “an old dog.” (Not that there’s anything wrong with old dogs! I love dogs of all kinds.) 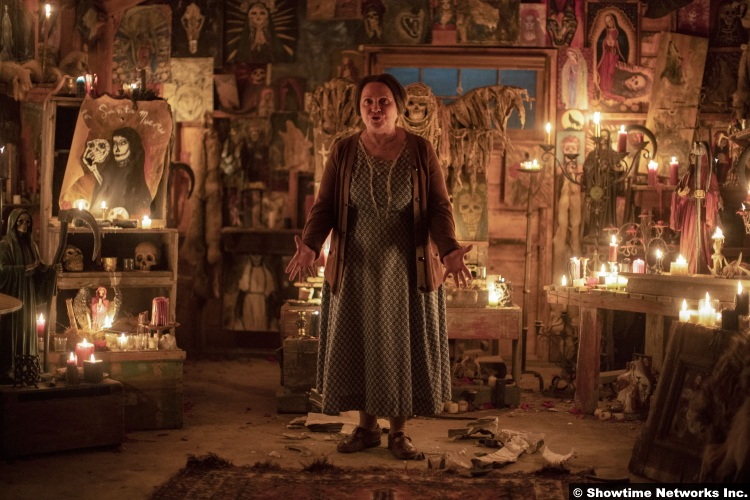 However, outside of that, we run, once again, into the same problem that’s been haunting the show since like, episode 3. It just provokes way more questions than answers, even now in the 7th episode. The season began with talk of a great war and while that’s certainly still on the menu–what’s up, Brian–they seemed to indicate it would be more of a spiritual thing than the world war we’ve got coming.

Nevertheless, seven episodes in and I still don’t know any more about Magda and Santa Muerte and whatever it is they both want. Santa Muerte just kinda shows up whenever, cries a single tear, and then slinks back into the darkness.

As for Magda, I could almost believe that her general goal is chaos. But she seems so specific about some of her targets that it would seem to suggest that there’s a greater plan in motion here. So, uh, are they going to tie all that up in 3 episodes or what?

Also, does Maria not recognize Magda has the same face as Elsa? Or Rio, for that matter?

6/10 – Man, I don’t know. This isn’t an unpleasant show to watch and I really like the players, but it just feels like it’s spinning its wheels. Or like they think they have all the time in the world (or at least another season.) Or that they wrote each episode as they were making it. Or–you get the picture.