Penny Dreadful: City of Angels S01E06 Review: How It Is With Brothers – What kind of story are we telling here?

You knew it would come to this. Tiago couldn’t hide what happened from Lewis forever.

And since they didn’t get Rio or Fly Rico, and Tiago let Mateo get away, they’re left only with Diego (Adan Rocha). They take him back to the station, where they have one job and one job only: get a confession. That is, after all, the only point of an interrogation, especially back then.

It’s not to “get your side of the story,” or tell them what happened. While extra details are gravy, they want that confession. And so they put Diego through the paces. 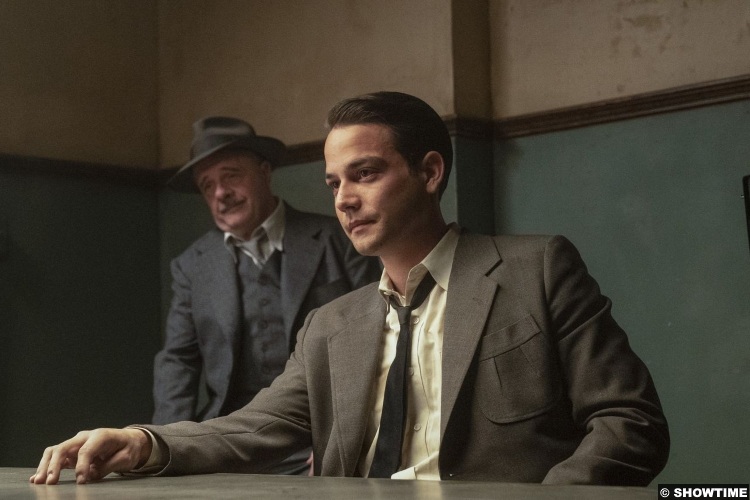 At first, he’s cocky. He’s figured out that Tiago is desperately trying to hide the secret of his brother’s involvement, and he figures he can use that. He tries to essentially blackmail Tiago into letting him escape. Like, they struggle and Diego gets his gun. And then, profit, I guess. I’m not sure why either of them even entertains that as a valid idea.

In any case, it all just feels like the show is treading water. Like, there are so many plotlines going on at the moment, but we spend the bulk of the episode at that table with Diego, Tiago, and Lewis.

For his alibi, Diego tells a meandering story about hunting mud hens with his brother, but he’s not clever enough to fool Lewis. He realizes there’s more to it, and it’s really not hard, what with the weirdness between Tiago and Diego.

Finally, he gets Tiago at least to crack, and he figures out that the weird brother reference is because it’s actually Tiago’s brother they’re looking for here. Than Lewis does something that’s not entirely ethical. Actually, it’s horrible to contemplate.

He essentially cajoles Diego into accepting a terrible fate. They’re going to pin the Hazlett murders on him, as well as Reilly’s murder. And Diego’s going to go along with it, because he’s not walking out of that station. Instead, he’s going to go into San Quentin as a king. Lewis and Tiago have now done what their captain wanted. They’ve brought him a Mexican culprit for the Hazlett murders, but in doing so, they’ve traded pieces of their souls. And Magda didn’t even have to whisper in their ears. 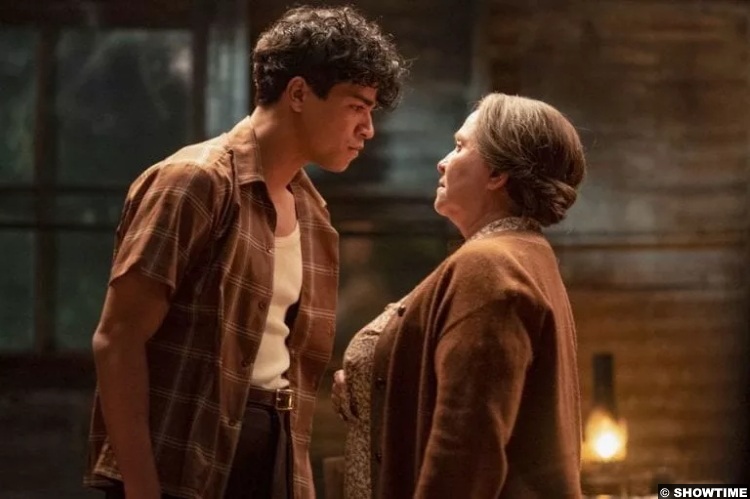 She’s still working her dark magic elsewhere though. Maria comes to the place where she’s hiding out, as Rio, with Fly Rico and Mateo. And although Mateo lets her in, and lets her speak, he doesn’t go with her. In the end, he rejects his mother and the better angels of his nature to which she tries to appeal.

And at the same time, Craft is rejecting his marriage in favor of Elsa. While Linda tries to protest, the time in which they’re living gives her no choice. Craft will use her alcoholism against her. It’s either go quietly or he’ll have her committed and then who knows when she’ll ever see daylight again.

It’s already so dark. But Sister Molly, still searching for a way to be just Molly, is also dreaming of the light. She wonders what would it hurt if she were to be a little more public, a little more demonstrative with her feelings about Detective Vega. 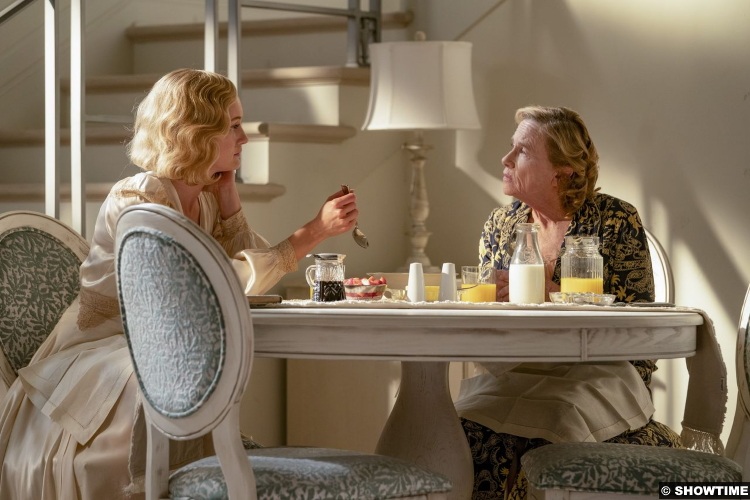 Her mother, with her eye always on the bottom line, tells her that that’s fine. She could go have a relationship with him. But she’d have to give up everything that her ministry provides for, all the charity work it does, because the Sister Molly business relies on her being an untouched maiden.

But does it rely on her being miserable? I’m sure she gets a certain amount of fulfillment from her work, hence her hesitation at giving up the good it does. But she’s also so lonely and I can’t see how it would hinder her testimony if it came from someone who loved and was loved. But again, that’s another sign of the times, and I have a feeling that the darkness is only going to spread.

7/10 – While not a bad episode, it’s still just like last week. What kind of story are we telling here? And when are all the other pieces going to rise and converge? It’s still just as fuzzy as the last time.