It’s been almost a year since the first season finale of NOS4A2. But in the world of the show, we’re rejoining them 8 years later. In case you forgot, when we last left Vic, she had returned to Gunbarrel, Colorado, to work for Lou while she, oh yeah, grows a child.

Now 8 years later, she has that child, a boy named Wayne (Jason David), and she and Lou are in a much more romantic relationship. And on the whole, she seems to be doing alright. Yeah, she hates Christmas and she usually spends it in a drunken fog, but that’s not that unusual. The reasoning behind it is, of course, but a lot of people have a bad time at Christmas. 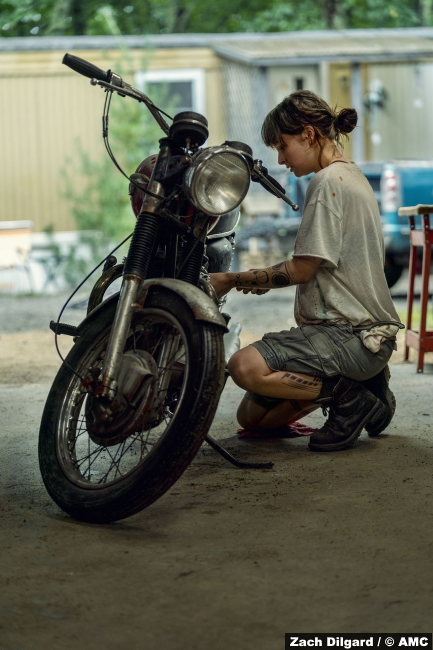 Nice ink, Vic. She has a carefully curated life, though. That is, until one day when Wayne asks her, “Who’s Charlie Manx?” Thankfully, though, he’s not asking because he got some transmission from Christmasland. Instead, the news is reporting that Charlie Manx has died. Vic immediately starts trying to figure out how to get another knife.

And as she’ll explain later to Lou, it’s not that she doesn’t believe the TV reporters or the doctors or the coroner. It’s just something she has to see for herself. She has to see that he’s dead before she can fully accept it. And she doesn’t just try finding the knife. She also tries to get Maggie to help her.

Maggie, however, is living happily with her girlfriend Tabitha (Ashley Romans). Tabitha already kinda thinks Vic is bad news, so that explains part of Maggie’s hesitation. The other part is that using her tiles seems to be even more dangerous now. 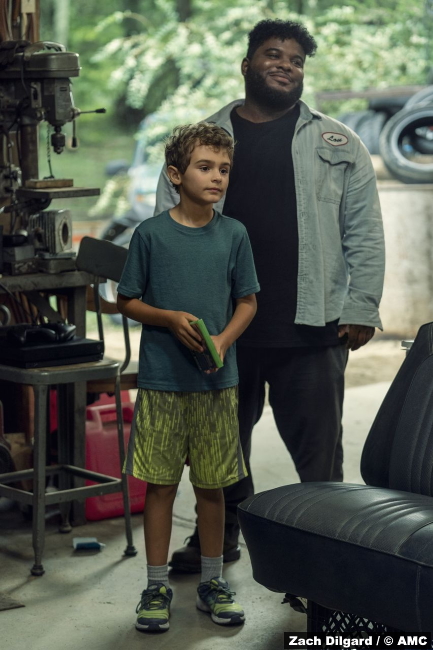 Vic does find a knife, though, as if it were fate. A friend tips her off to an old Triumph, coincidentally the same kind of bike Steve McQueen used to ride. Like Steve McQueen, all I need’s a fast machine…

Vic tries to hold off, though, and attend to her responsibilities. The past keeps pushing in, though. Manx’s feral daughter, Millie, is calling from Christmasland, because the lights are going out and the boundaries are fading. Soon, the children inside will, too.

So Vic takes the Triumph over the Shorter Way and ends up in a hospital. Although the tiles are telling Maggie that Manx is really dead, Vic gets to see it. Make sure, I urge her, as she picks up a scalpel. She leaves it buried in what passes for his heart.

Unfortunately, when she returns to Gunbarrel, her home is on fire. Wayne is safe, but Lou is furious. She left her son alone, but not before accidentally setting the house on fire. She loves Lou and her son, but like her daddy before her, she’s going to be a Walkaway Joe. Or Jane, I guess. 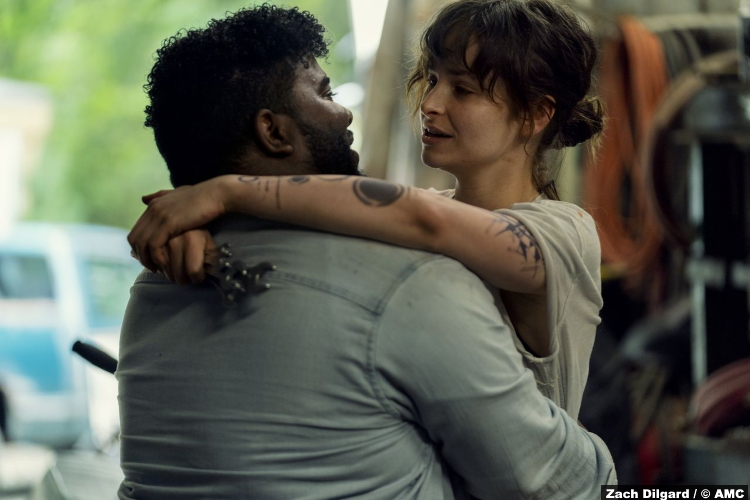 Because that’s exactly what she does after Lou and Wayne fall asleep. Unlike her father, though, she says goodbye to Wayne before she leaves. But what exactly is it she thinks she’s leaving for? Again, I think she just has to be sure of everything.

And you know, it’s a good thing, because Bing, of course, is still out there. After 8 years, he’s finally located the Wraith. And although an artist has bought it, removed the engine, and is working to transform it into a work of art, Bing and his gingerbread smoke say otherwise. With the artist’s help (under duress), Bing gets the engine back in. And as soon as the Wraith starts coming together, so does old Charlie Manx’s decrepit body. Why, his heart grew three sizes! Wait, that’s another Christmas villain. But Manx’s heart does appear to start beating. And I see young Charlie Manx in the previews for this season, so yeah. He’s back.

8/10 – While a time jump can be risky, I think the show has pulled it off. I believe the view we got of Vic is realistic for her and for the time that’s passed. I do like her relationship with Lou and I hope she doesn’t lose it because of Manx machinations. Anyway, looking forward to Christmas in July!

I’m sorry, I’m being told that it is somehow still June.