I suppose I should put the usual disclaimer one last time. This show deals with serious subject material, which might be difficult for some of you to read about. So if you’re feeling suicidal or experiencing other things that make it hard to cope, then please reach out for help. You can find several different resources for many different countries at the show’s own website.

I know that the past few months have been tough for a lot of people and it may only seem like it gets tougher, but there is hope on the other side of this. All change is painful and you may feel like it’s breaking you, but you can be stronger, as they say, at the broken places. You have survived every day of your life and you can keep going. 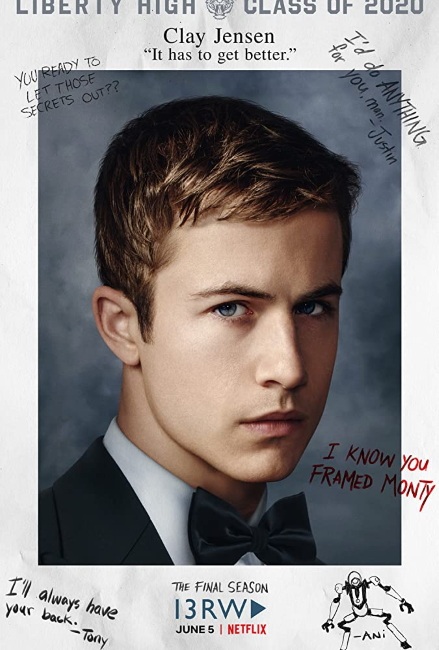 Now onto season 4, which is, of course, the last season. Brian Yorkey, the showrunner, decided on that because 13 Reasons Why is a high school show. As such, he said he thinks it’s weird when high school shows go past four years, as high school doesn’t. Eventually, you(‘re supposed to) graduate.

So that’s where we find our kids this season: applying for college and getting ready for graduation. But of course, this wouldn’t be 13 Reasons Why if they weren’t all having a simultaneous crisis. This time, it’s about Bryce’s death. Or more specifically, the cover-up. 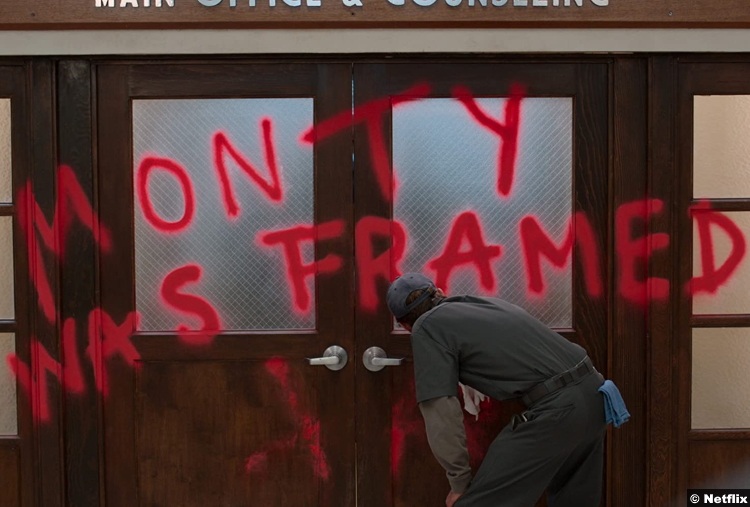 As they’ve returned to school, they’re tormented by graffiti that reads “MONTY WAS FRAMED.” He very much was, but obviously, they don’t want anyone to know that. But who could be behind this campaign?

At first, it seems like there are some obvious suspects. For example, there’s Winston (Deaken Bluman), who had a kind of relationship with Monty. He’s now transferred to Liberty High. We also meet Monty’s younger sister Estela (Inde Navarette). She befriends Jessica and joins her activist group, Hands Off Our Bodies. But does she have ulterior motives? 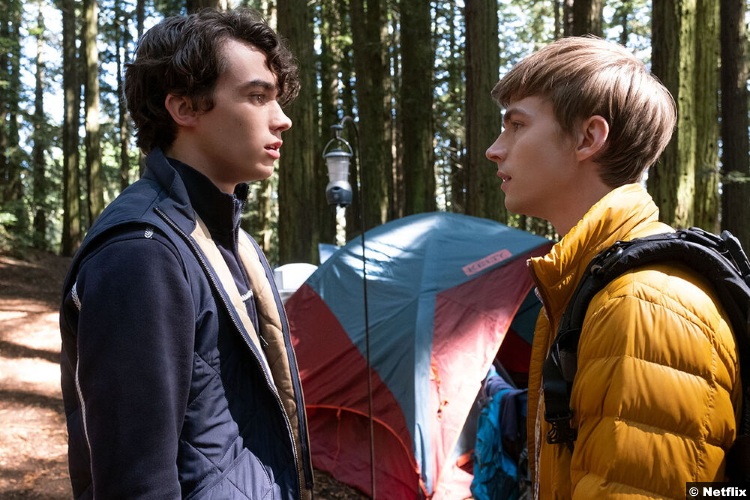 This is the mystery that makes up the first half of the season and it goes pretty much how you’d expect. That’s because it goes exactly like all their other crises, in that they alternately freak out and accuse each other. And no one freaks out quite like Clay.

At least this season, though, he’s seeing a therapist, Dr. Ellman (Gary Sinise). Not that it seems to be going anywhere, which was one of my biggest issues with this season. I’ve struggled to find a way to talk about season 4, because I’m split on it. As much as these kids have grown on me–and they really have–I’m not sure the season works as a whole.

Too much of it is meandering, for one thing. That Monty mystery, for instance, just goes on and on until it just kinda fizzles out. The episode “Senior Camping Trip” is a good example, as it presents a decent twist on the Monty story. But when we get the explanation for the weirdness in the woods, it’s ludicrous.

And then there’s Clay himself. Specifically, how much time is devoted to Clay and his hand-wringing. Even Bryce’s actual murderer doesn’t seem to lose as much sleep or sanity as Clay does. And I want to be empathetic, but I couldn’t help thinking, Clay, some people have real problems. I mean, one of those people is sleeping in a bed like, five feet away from you.

That person, Justin, struggles with his sobriety for most of the season. And Tony’s family was deported. Estela lost her brother. Tyler was brutally assaulted. Yet none of them react as wildly and sometimes as violently as Clay does. And no matter how outrageous his behavior becomes–he started a riot, among other things–he never faces any real consequences. And he never seems to get how good he’s got it, not really, until the very end. 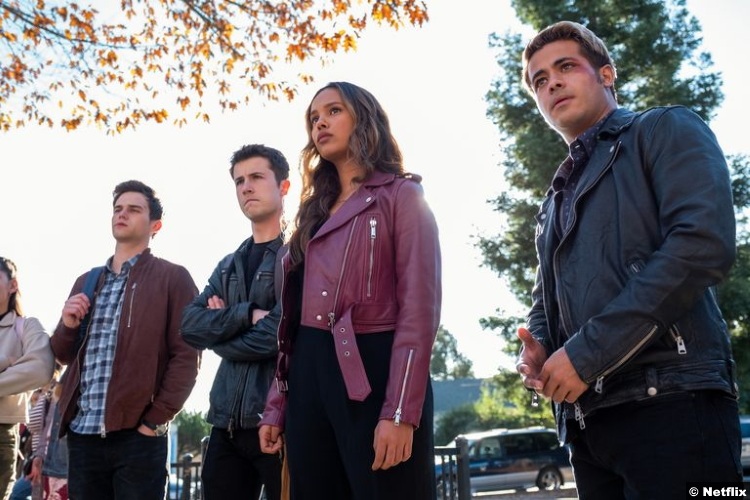 That’s not to say that his life is always in clover. I thought he made many salient points in “Thursday,” the school-shooting episode. It is absolutely valid to question whether we are traumatizing children more than we are protecting or preparing them.

But one good speech doesn’t erase the fact that once the show was through with the original story, they centered a relatively privileged boy and then never looked back. And in light of current (and recent past) events, there’s something wildly out of pocket about watching a kid threaten a police station with a gun and then end the scene by getting cuddled by a cop. This show has never been what anyone would call responsible, particularly regarding its target audience, but come ON. This also goes for the way Justin’s storyline ultimately plays out, by the way. 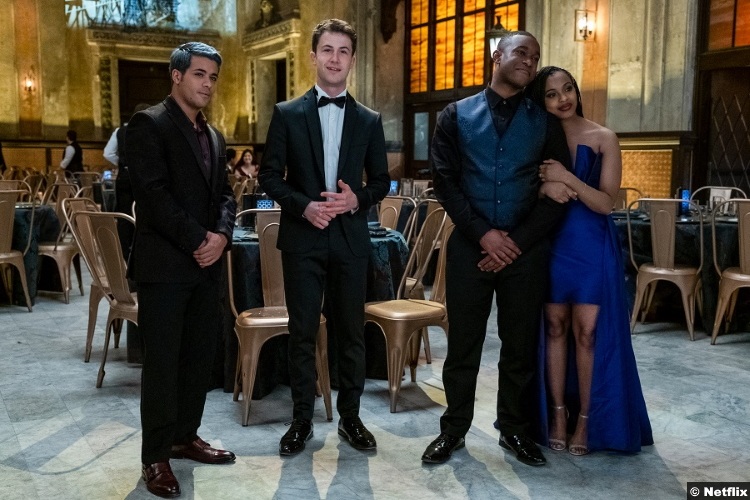 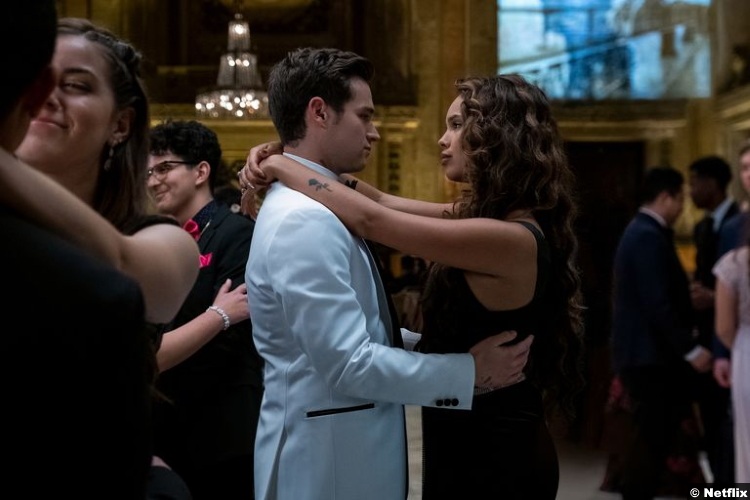 That is not to say, though, that the season was a total loss. I plaintively pleaded last time for these kids to catch a break. This season, they finally get one. Just one, but it’s a good one. The penultimate episode, “Prom,” is mostly pleasant. Despite the sometimes awful things these kids have done, I was glad to see them just get to be kids, before the real world comes crashing in again.

And on a side-note, while I could quibble about the believability of the coming out scenes–how every parent accepts the news with grace–I won’t. Again, the world has already shown that it will swallow up children if given the chance. So let’s not give it a chance. We should prepare children for challenges, but at the same time, we owe them and ourselves a better world. And grace can be just the start.

7/10 – While this season doesn’t make as strong a case for itself as other seasons, I’ve grown so fond of these characters that I’m willing to mostly let it go. I’ll miss these tiny babies.