It’s probably a testament to the show’s quality in general that this was my least favorite episode of the season so far, but it’s not a bad episode per se. It’s just not my cup of Little Green Man milkshake.

I’m not exactly sure why. If I had to ponder on it, then I think I’d probably say that it focused a lot on characters I don’t find all that interesting. But, you know, your mileage may vary. 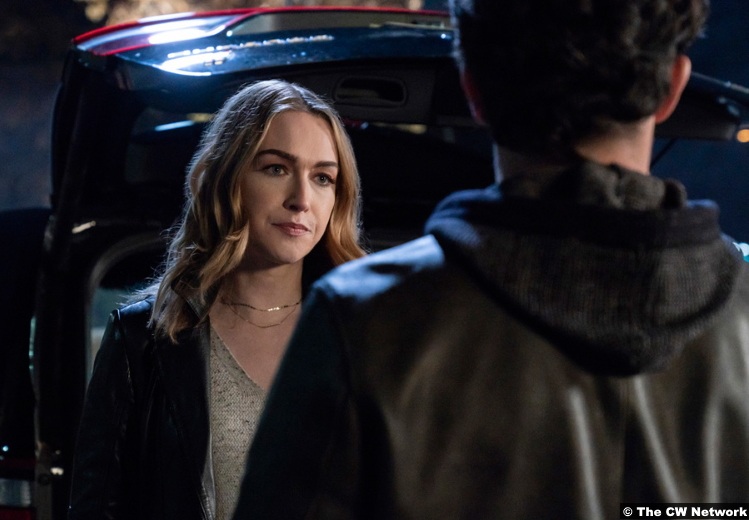 Now that Max has gotten Jenna’s car, he intends to do the logical thing and search it for any sign of her. Before he can get started, though, a gal rolls up in the junkyard claiming to be FBI. Max, former law enforcement–and let’s circle back to that in a minute–clocks her as a fraud immediately. That’s because she’s actually Charlie (Jamie Clayton), Jenna’s lost sister.

But of course, Jenna’s now the one who’s lost. Unfortunately, she wasn’t disappeared by anything cool, like aliens. She’s been taken by Deep Sky, the shadowy military contractors with which Charlie has apparently been involved. And I have to say, I don’t quite get what they’re doing here. I mean, I guess taking Jenna puts pressure on Charlie and draws her out, since it seems like they just wanted to murder her–and she straight-up leaves before even seeing Jenna–but I dunno. It just seems sloppy.

This just in: I’ve had a suggestion that it was maybe a ploy to get an alien to use their power. And if so, congratulations, Max Evans. You’re the ding-dong.

. As she’s figured out that that necklace her mom gave her blocks her powers, I had a thought. I know Kyle’s determined that Maria isn’t alien, but what if she is, just a little? Obviously, we don’t know anything about the experimentation done on her grandmother, but it was at Caulfield. I think it’s entirely feasible that it involved the aliens, like, their DNA (or whatever they have).

Or it could be something like the psychic experiments they performed under MK-ULTRA. I don’t know for sure, obviously, but it just seems funny to me that her power is so similar to Isobel’s. To that end, Isobel can even enter Maria’s visions. And what she sees this week is a doozy, and way more concrete than the vague vision she had about Kyle.

In this one, she sees the alien who is probably Max and Isobel’s mom. She also sees Walt, the little boy who hung around the Long farm. At first it doesn’t seem like that exciting of a vision–oh, wow, a lady hung some laundry on the line and a little boy gave her a windmill he made.

But it does have meaning, especially when they share it with Michael. Because he recognizes the description of that windmill. His cantankerous boss at the junkyard, Sanders (Nicholas Ballas), has one just like that. That’s because he’s actually Walt! How did he survive the explosion that leveled the barn? I don’t know! But hopefully we’ll find out next week. 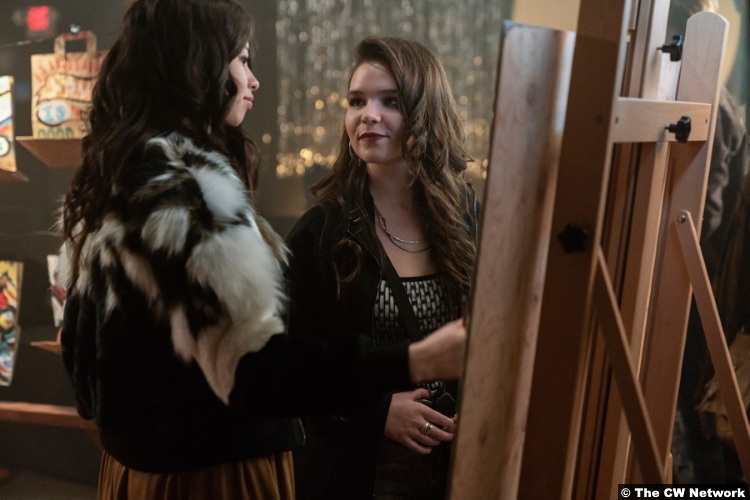 In other news, Rosa’s continued her descent into pill-popping. At first, when she, pretending to be the Ortechos’ relative “Rosalinda,” tries to explore the local street art scene, it appears that she makes a fun new friend, Iris (Madison McLaughlin). But there are hints that something isn’t right here, particularly when Iris pointedly addresses her just as Rosa. Then smoke starts to fill the dance floor.

It turns out that Rosa accidentally started a fire and then passed out in the cave. Luckily, long-suffering Liz finds her in time, because Rosa is supposed to be working at the Crashdown. That seems like a terrible idea to me, by the way–she looks exactly the same as she did when she died. But anyway, it’s irrelevant now, because she’s going to rehab. I think that’s the best thing for her right now, outside of a lot of therapy. 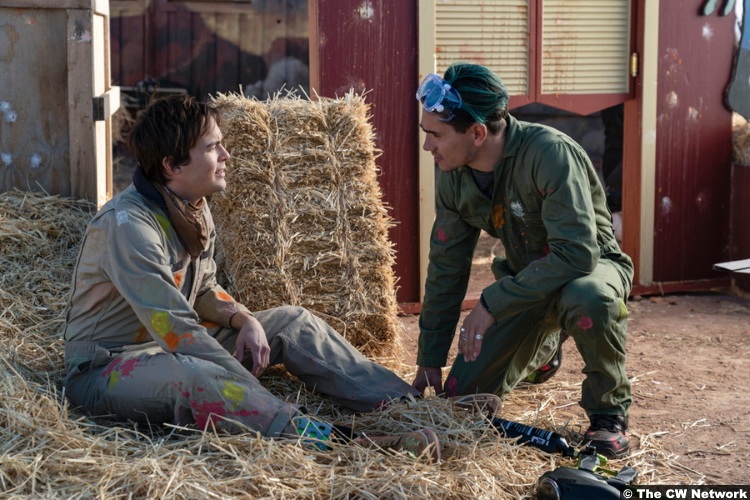 And speaking of mental health and my thoughts, I think it means the world for Alex to talk so openly about his own struggles. I would love for him to be happy and healthy and in a safe and loving relationship, but these things take time, especially with his kind of trauma. So I liked that his relationship with Forrest is moving at a believable pace. (Uh, please don’t let Forrest turn out to be bad. Alex doesn’t deserve that.)

7/10 – Again, this wasn’t a bad episode, not by a long shot, but I just don’t enjoy spending time with Jesse Manes or talking about maybe military conspiracies. Get me back to the Maria scenes, please.

But really, Max: you’re just going to give up on your career ’cause you can’t sit at a desk for six months? I’m doing it right now–it’s easy!