Now that’s more like it. After an episode that I frankly found disappointing, Killing Eve returns this week with an experimental episode. Instead of the title cards telling us the locations, as they usually do, they tell us character names. And then we spend time with each character. 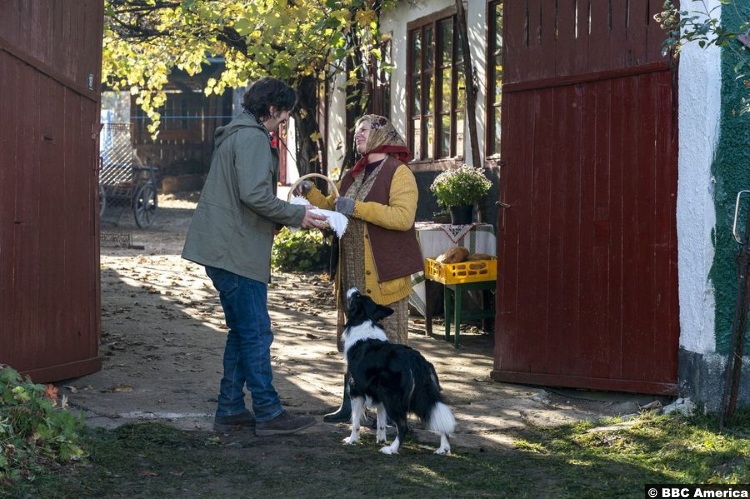 Niko, for example, is indeed back in Poland. And for a guy who’s recently out of a mental hospital, he seems to be doing pretty well. He has a simple job and a simple life, with simple pleasures.

That’s more than Eve can say. Apparently, knowing that Villanelle can just break in any time she wants has scared Eve away from her flat, so she’s spent the night at the Bitter Pill office. This is not a sustainable situation. Not only does it intrude upon the people who are trying to work there, but it’s also, you know, unprofessional. (I say, as I gesture at Eve’s drawers clinging to her ankle.)

So Jamie, who might not be so terrible after all, invites Eve to stay at his. There, they have an important conversation–important not just because of its impact on Eve’s life, but because it’s pivotal to the plot as a whole. Basically, Jamie tells her that she could dwell on her past, particularly the mistakes that she’s made, or she could go forward and make better choices. 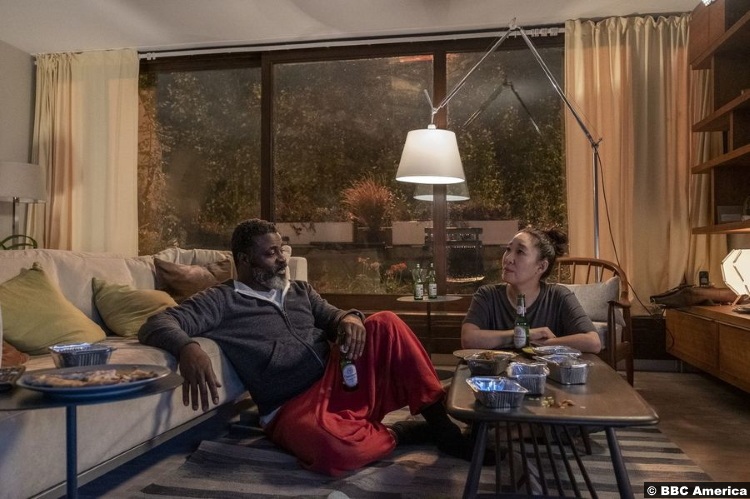 That’s kind of the theme of the episode as a whole. Dasha, for instance, wants so badly for Villanelle to make better choices. Not because she cares about Villanelle’s growth or whatever–Dasha wants to make it back to old Moscow in one piece. So she tells Villanelle to keep her head down, do her work, and don’t travel.

And Villanelle may have actually followed this advice if Konstantin hadn’t come calling. It seems that Charles Kruger might not have been so quick physically, but he was quick on the uptake. His widow confides in Konstantin that her husband had apparently figured out who stole the money. He’d also left instructions with her to forward on what he’d discovered.

My theory that Konstantin knows a lot more about that money than he’s letting on is only strengthened this week, as Konstantin asks Villanelle to do a little off-book murder for him. Specifically, she dispatches the widow Kruger in a scene that’s a little ridiculous, but also vintage Killing Eve. 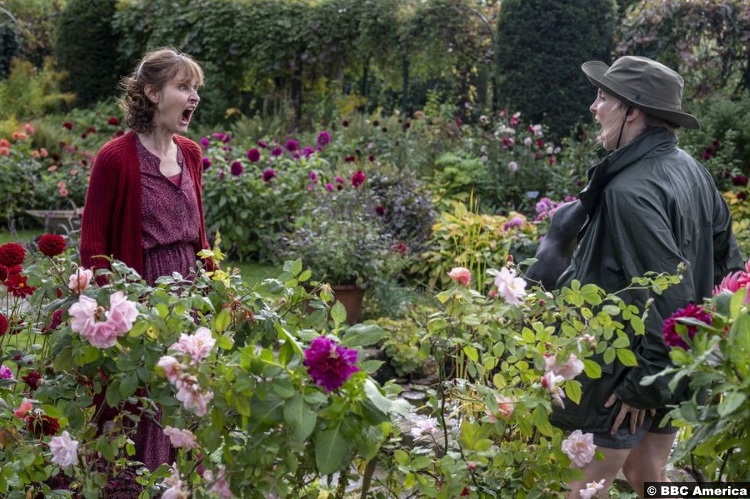 Of course, Villanelle didn’t kill the woman out of loyalty or whatever. Konstantin promises to give her something she dearly wants–information on her family. So that’s where we see her headed at episode’s end, as the title cards shift back to locations and hers reads, simply, “HOME.”

That’s a fraught word for other people, as Carolyn works to get her life back together. You have to feel for Geraldine, who wants her mother to react as she does, to show emotion. But that’s just not in Carolyn. And there’s something hinky about Geraldine hiding Konstantin’s visit. I don’t think she’s a secret spy or anything, although you never know with this show, but it stands out, nonetheless.

And speaking of standing out, there’s a shot in Niko’s vignette earlier that you notice, but don’t really put together until the final scenes. Eve’s been texting with Niko, who seems a lot more eager to reconnect than he’s seemed previously.

That’s because, of course, it’s not Niko. Maybe some of it was, but the majority of it, particularly the part that got Eve in Poland, is Dasha. We’d seen her earlier in the background of one of Niko’s scenes, but probably didn’t make the connection. Having told Villanelle that Eve’s marriage is over, she knows that Villanelle will not let it go. But I have to say that I question her methods here and not just because of the obvious.

Eve strolls into the yard of the Polish farmhouse where Niko is delivering bread. The usual resident, Magda, isn’t there, presumably because Dasha has murdered her. In any case, she’s taken her place. And as Eve looks on in horror, Dasha, whom she can’t see, plunges a pitchfork into the back of Niko’s neck. Tied onto the handle is a note reading the same as the episode’s title, “Still got it.” It looks just like Villanelle’s handwriting. 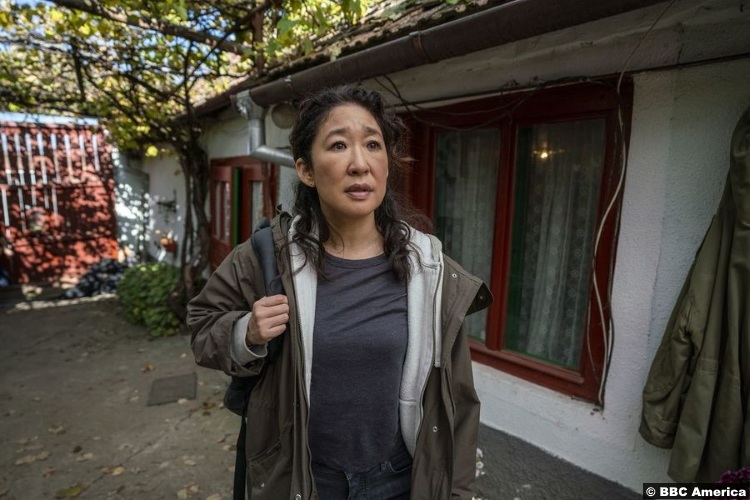 We don’t know yet if Niko survives, but judging by the fact that Eve appears too in shock to move, I’m guessing his prognosis isn’t great. And again, I say I question Dasha’s thinking here. If she wanted to keep Villanelle and Eve apart, then why not just do the matchmaking through the phone? By attacking Niko and making it seem like Villanelle did it, won’t that just keep Eve on her trail?

9/10 – Switching up the storytelling not only returned the show to its previous high quality, but also made for the most compelling episode of the season so far. Also, Irina may be the smartest person on this show.