This episode starts with some background of Serac and his brother, including how Rehoboam came to be. While it’s good to get an idea of where Serac comes from, the real draw for this episode is Dolores and Caleb’s coup, which serves as the climax of the season so far.

The background on Rehoboam the supercomputer starts super artsy as Serac speaks in French over a backdrop of natural disasters and chaos. Serac reveals that he and his brother built Rehoboam, using Dempsey’s dad to bankroll the project (who he later kills when he threatened to step out of line. ). Serac doesn’t invite any sympathy with this backstory; if anything he’s more of a villain than ever after this. We even see the futuristic psych ward that Serac committed his brother to against his will; his brother seems catatonic now due to experiments Serac has been performing on his DNA. 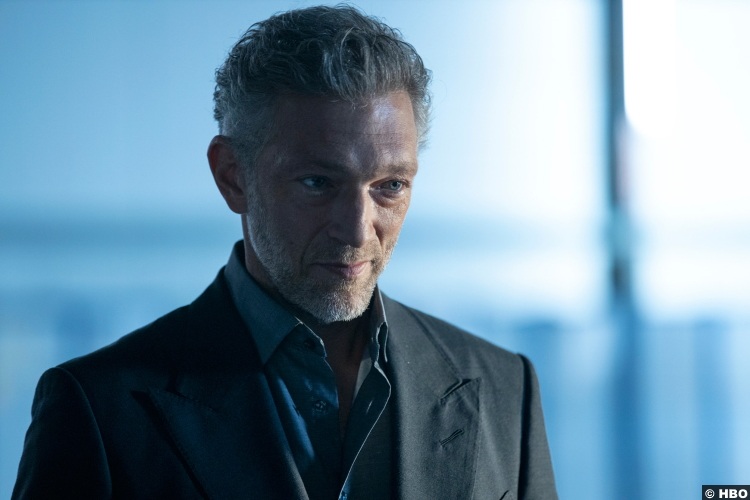 Meanwhile, Caleb and Dolores are transporting Dempsey after capturing him at the masked ball. During a struggle with Dempsey, Caleb gets shot up with the drug Genre, a futuristic party drug that puts people inside the moods of different movies. After a film noir genre, we get a cyan and orange action genre, a soft-focused romantic genre (where Caleb stares at Dolores as he shoots their pursuers in slow-mo) and a funky neon genre, all as Caleb, Dolores, and Caleb’s two bounty hunter friends (Ash and Giggles) bring Dempsey to the Rehoboam facility and finally to a pier, where Ash shoots him to prove she has agency. Unfortunately, that’s too late for Caleb to find out from Dempsey who he really is, but we’re left with some guesses. 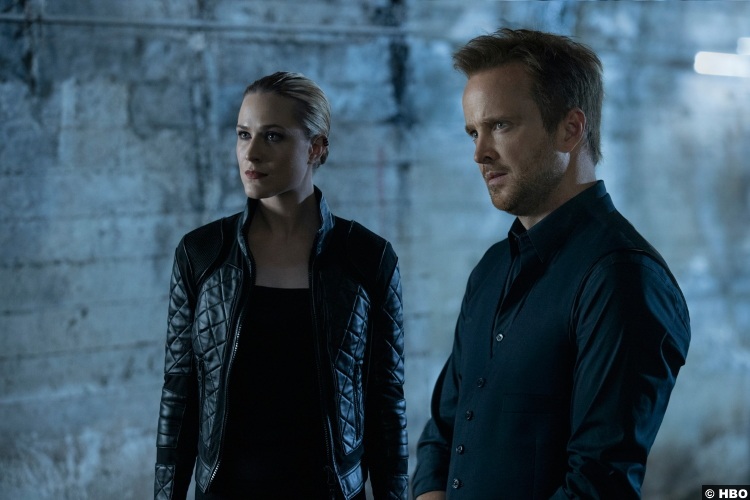 The episode ends with Dempsey dead and Dolores in possession of a wealth of sensitive information on Serac–seems like she saw everything we saw. As Serac says at the end, she only knows part of his memories, but as Dolores says, all she needs to know is how to beat him. Then Dolores and an increasingly morally ambivalent Caleb get on a jet to who knows where. 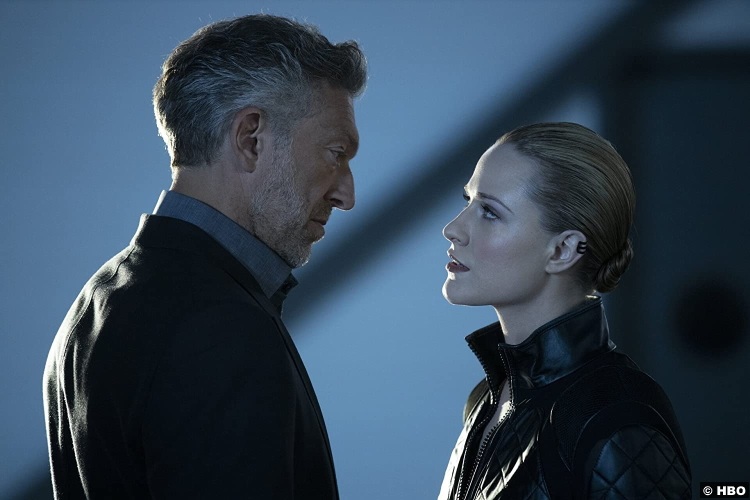 Favorite aspects of this episode? Caleb’s Genre scenes, especially the bit with Ride of the Valkyries. Westworld has always been a story about stories; the narratives the hosts play out in the park are the most obvious example. A show with so many characters also lends itself to meditations on character arcs considering the sheer number that play out in a given season. It also shows up in more subtle moments like when Bernard is talking about having Arnold’s memories in his head and says:

It isn’t that binary, living another person’s life changes you, worlds bleed, maybe you felt that too?

That of course also gets into the theme of characters and categories being hybridized, like how Bernard is a blend of himself and Arnold, or the hosts that are a blend of robot and human. 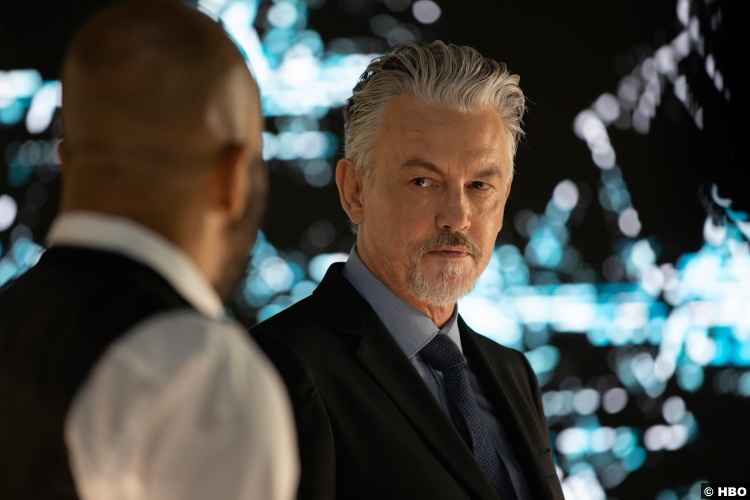 This of course also connects to Dempsey’s little trick with the glasses–theoretically, his computer can deterministically chart everyone’s life courses, but the narratives aren’t so set in stone, and the characters are unwilling to be forced into boxes. Because of course, when a system like Dempsey’s sets out narratives for everyone, it is making value judgments. It’s not just what it sees, but as Dolores says, what it decides for you. To Dempsey, and to Dolores in a very different way, everyone in the real world is just like the hosts in the park. It was kind of transcendent to see all these threads of theme come together as Dolores sends everyone “off their loops” to the soundtrack of an orchestral “Space Oddity” cover.

Another thing I wanted to touch on was the new clues to Caleb’s identity. The memories coming back to Caleb are probably related to the insane asylum Serac has set up to funnel the ‘mentally ill’ (outliers/agitators) into cannon fodder positions in the army. If that’s how Caleb was injured in a war then it wouldn’t have been some wartime trauma like we’ve been thinking but rather something way farther back. So the question becomes, what did Caleb do to make so much trouble he got put into one of those facilities? Even though they’re made to disappear people, it’s not like we saw hundreds of people–more like dozens. It looks like a more specialized program than that, so possibly there is still something especially intense about what happened to Caleb during the war too–most likely related to the hooded figure we saw in one of his flashbacks. Either way, it seems like Caleb is most likely not a host of some kind but rather a human modified by Serac in such a way as to blur the lines between human and host. After all, once you can reprogram humans what’s the distinction between us and robots? And with that, I leave you until next week. 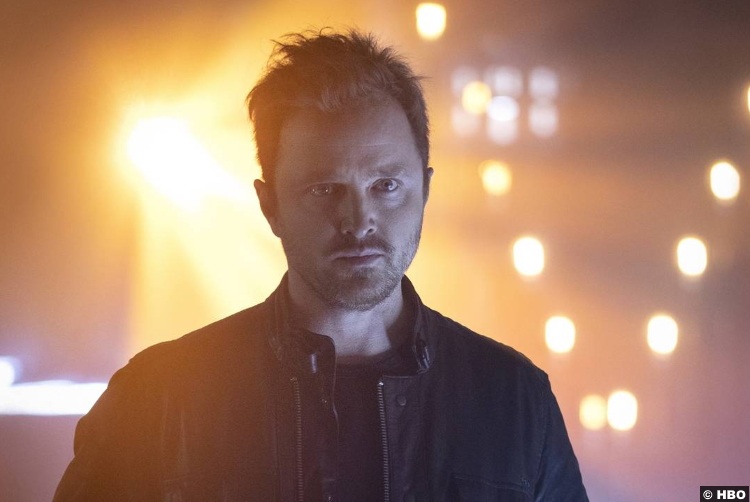 P.S., I appreciated the glimpses of LA’s Metro system–I guess in the Westworld-verse, the future of public transit is bright!

9/10 – Easily the best episode of the season so far, with fun worldbuilding and plot points that break new ground while building off what we already know.