Westworld S03E03 Review: The Absence of Field – Finally, more of Caleb and Dolores

This episode opens with the Charlotte host being brought back online. One of the pearls is revealed to be Bernard, though the other three and the Charlotte host are still left unrevealed. Cut to the Charlotte host inspecting some new riot control robots, presumably for the park, but then she/ he/ they get a nasty surprise–a majority share of Delos has been bought out by shell corporations. Turns out to be a man named Serac, the world’s richest man–who officially doesn’t exist. Fake-Charlotte also has to deal with Charlotte’s ex-husband and son, who are confused as to why she’s slightly more distant than usual. The kicker there is that Charlotte’s son says he wants his real mommy back. 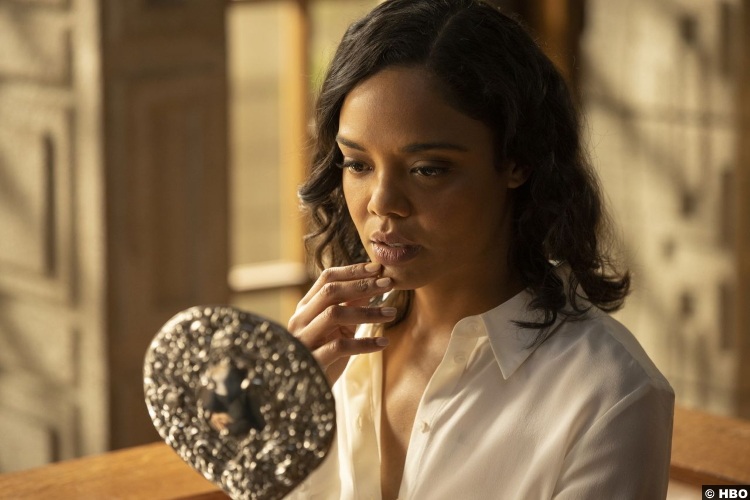 Then, FINALLY we get back to Caleb and Dolores! The writers of Westworld know we want to watch Aaron Paul romance Evan Rachel Wood, and they’ve been torturing us. Caleb helps Dolores out in the ambulance from their skirmish in the park, then helps (but mostly watches) her fight off the police. Afterward, Dolores advises him to get a new name, since they’ll be looking for him too. Then she jets off into the night in a stolen police cruiser, leaving him staring off after her. What a meet-cute!

Host-Charlotte’s not doing great, though. In one harrowing scene, Host-Charlotte pulls back her sleeve to show cut marks staining the fabric of her shirt. Dolores uses her AI backdoor to book a hotel room upstairs from the swanky bar they’re meeting at, and the two right next to that room–Host Charlotte rather caustically says “in case you have to kill me?” And Dolores simply replies “it won’t come to that.” Host-Charlotte tells Dolores about Cerac’s takeover, and Dolores tells Host-Charlotte that she has to make a counter-offer, requiring her to go to someone else. They also tell Dolores that it feels like Charlotte is trying to claw them out of her skin.

Caleb gets jumped by some guys who work for his app, but luckily Dolores is stalking him at the time–that’s her way of showing she likes him. Then she comes to save him, and fixes him up with a new name too. Unfortunately, her attempts to flirt with him by showing him her omniscient knowledge of his foundational childhood trauma don’t work out the way she expected. However, she does manage to get him to open up when she takes him to his usual “contemplating suicide” spot for their second date. Then she invites him to start a revolution as their third date, and…..he says yes!!! You gotta hand it to Westworld for making these scenes count, telling a compelling story that surprises us despite the fact that we were pretty well aware of how things would go in general. 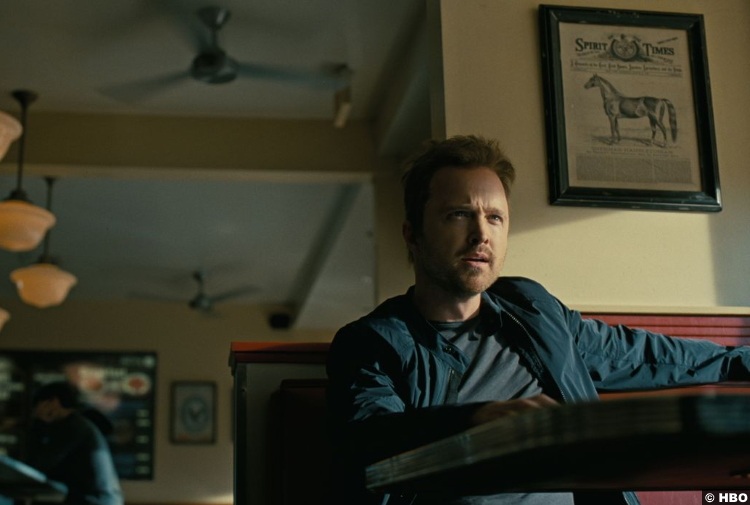 The most chilling and game-changing moment of the episode for me was when the original Charlotte seemingly took back at least some control of Host-Charlotte. From now on, I think we should treat this person as a blend of Charlotte and whoever else is in there, much like how Bernard is a blend of himself and Arnold. That also leaves us with the question of where this person’s allegiances lie in terms of Serac, Delos, and ultimately Dolores. However they felt about her in the hotel room, we’ve seen through Maeve that a mother’s love can be incredibly powerful, and this new host is feeling that for seemingly the first time. It seems to have been her love for her son that jump-started Charlotte’s re-emergence, which supports the larger theme in the show that people’s identities are built around the core motivations and relationships of their lives, a la the designs for the hosts. Or well, that’s also just how people work so it’s not like that’s a theme Westworld made up, but you know what I mean.

Theory time! First: My guess for Host-Charlotte’s true identity is Teddy. The physical intimacy we saw between Host-Charlotte and Dolores is our main evidence for this. Second: Caleb is almost certainly a host, or partially artificial in some way. The way his mom says she wants her son back during his hospital visit was just like how Charlotte’s son said he wanted his real mom back. There’s also enough Blade Runner parallels in his story that I’ve been thinking of Rick Deckard this whole time. It was shown that he has an implant in his mouth that allows him to be controlled with a tablet much like the hosts in Westworld, but something tells me there are more similarities even if he isn’t a literal host.

8/10 – An episode that moves along Dolores and Caleb, which is something that if I’m not alone here is quite exciting for the fandom, plus we get some new compelling elements with the Charlotte host’s development. 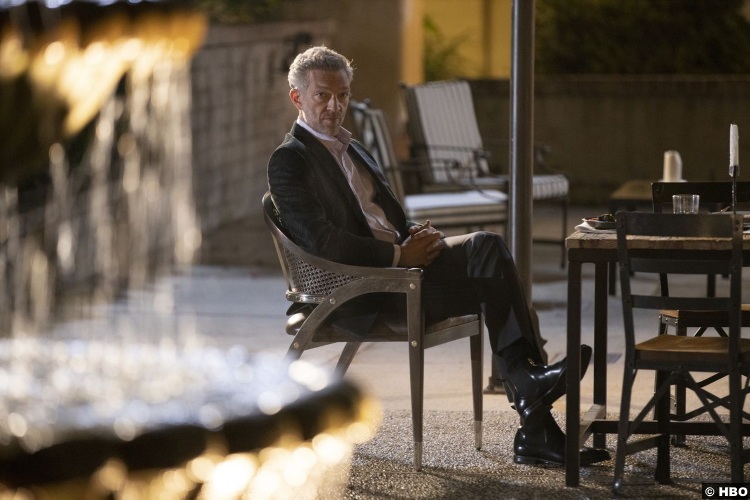