Doctor Who S12E09 Review: Ascension of the Cybermen – Another two parter!

So the intro to this episode was pretty intense–a long monologue about the Cybermen empire, ending with a Cyberman’s head coming out of the darkness. Then we get some mood whiplash with a heartwarming tale of a young Irish couple adopting a child. Then we get more mood whiplash when the Doctor and friends show up in the ruins of an interstellar war between Earth and the Cybermen. Turns out there are only seven humans left on Earth after the war, and the gang has to help them out.

After some conflicts between the Doctor and the companions about who should be doing what (more on that later), the companions go off with some of the refugee humans while the Doctor goes off to rendezvous with the Lone Cyberman from the last episode. After a tense confrontation with him in a warehouse, with Ryan tagging along, she finds out that the Lone Cyberman has the Cyberium guiding him toward Earth’s destruction. He’s able to draw on all of Cyberman history (and the future!) to lead the invasion. 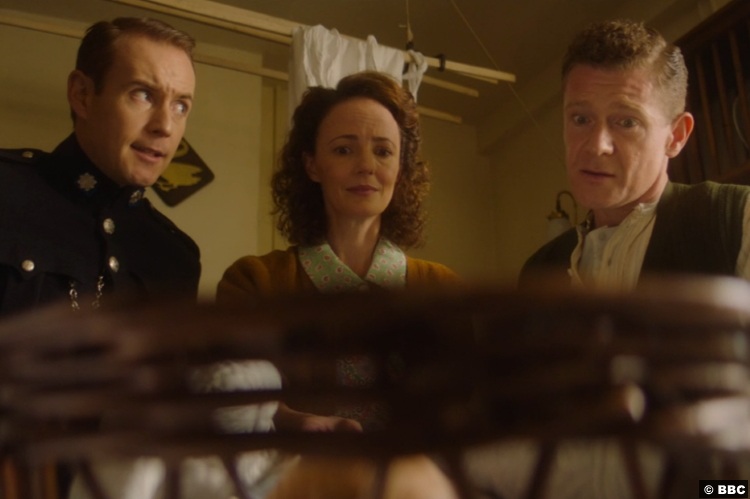 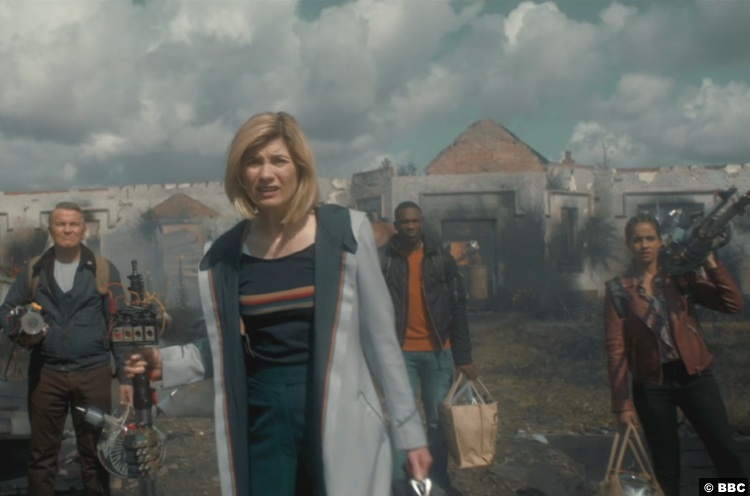 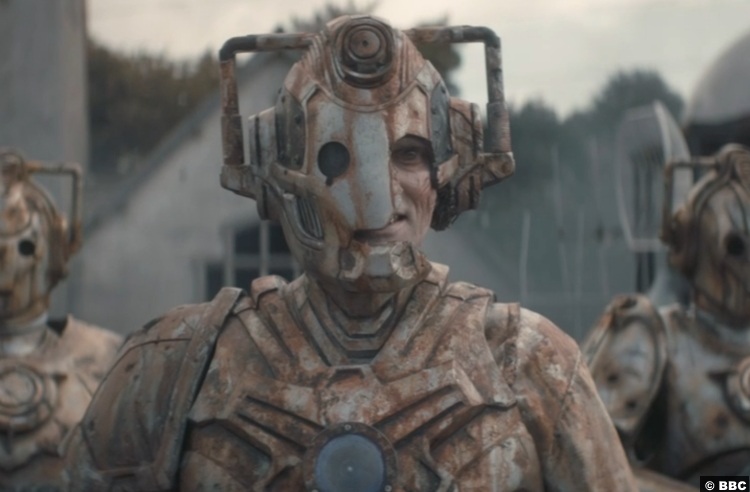 The Doctor and Ryan, along with one of the refugees, manage to steal a Cyberman ship and seek the help of a man who’s supposed to be like the episode’s Obi-Wan Kenobi. Supposedly he has the key to stopping the Cybermen and saving the seven humans left after the Cyber Wars. Meanwhile, the adopted boy in Ireland is all grown up, and seems to be surprisingly durable–he is shot then falls off a cliff whilst attempting to apprehend a thief but is unharmed. Not only that, but Graeme, Yaz, and the refugees find a Cybermen ship where there are incredibly advanced weapons and a huge cargo hold of Cybermen warriors in stasis. Then they’ve got company–they watch the Lone Cyberman wake up all the troops–and start welding or cutting at them somehow? 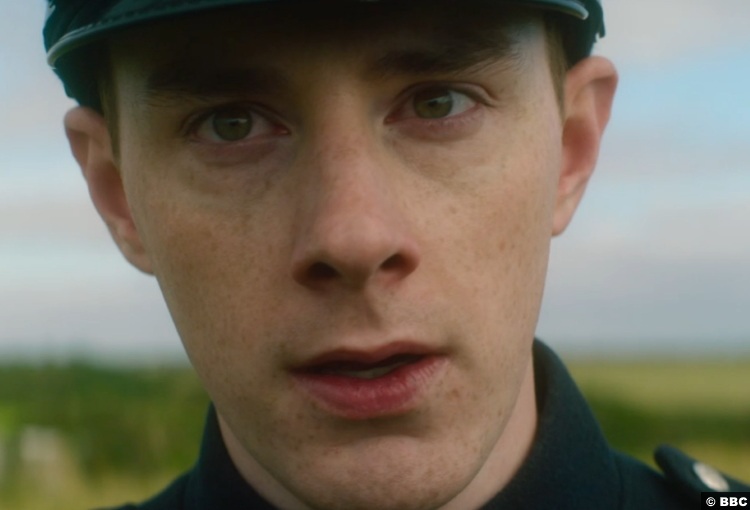 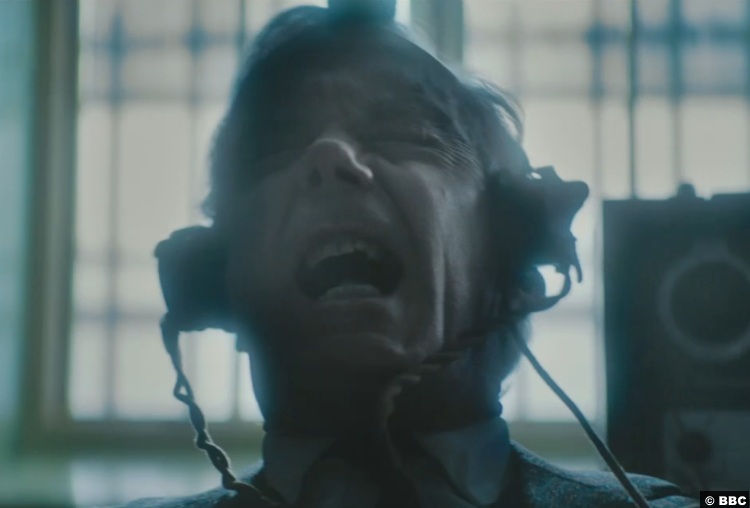 Meanwhile, the wholesome Irish policeman has served his community to a ripe old age, and is now retiring from the force–but here’s where things get Doctor Who-y! Two guys come and erase all his memories, for some unknown reasons. We get two other cliffhangers for this episode too, since the Doctor finds a portal to Gallifrey (from whence emerges the Master!) and the companions are left with a bunch of Cybermen after them on the spaceship. 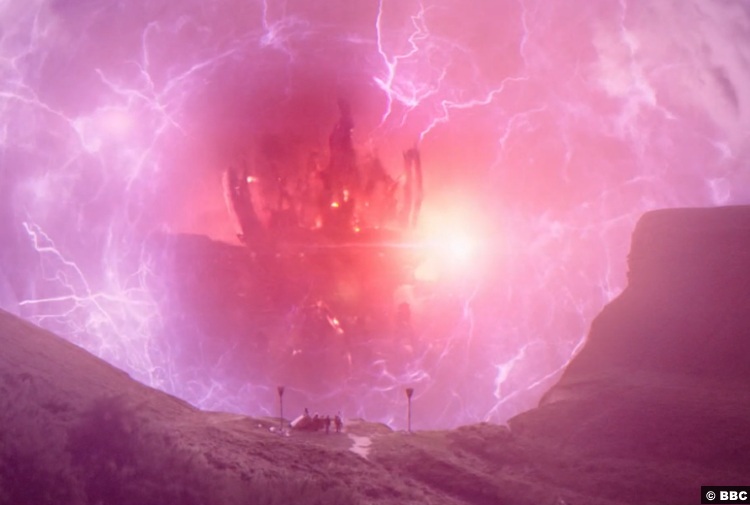 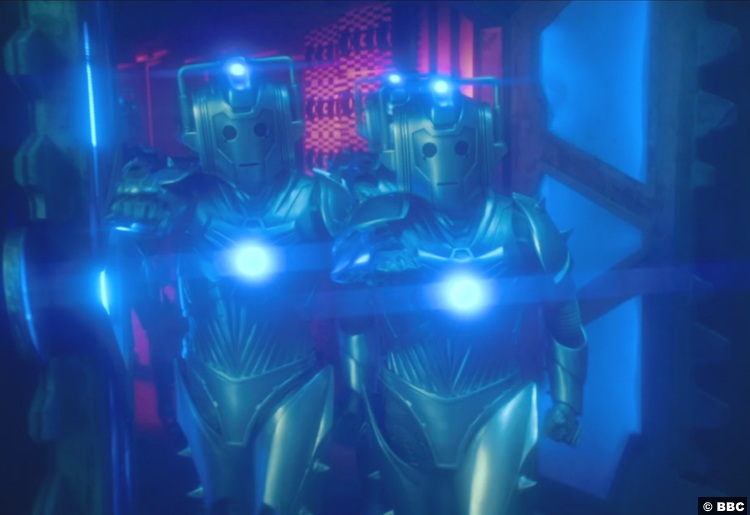 Favorite moments in this episode: Graeme explaining Cockney rhyming slang to one of the refugee humans, the Doctor remarking she should be billing the Lone Cyberman for therapy after psychoanalyzing him, and of course, the Master coming back.

Deeper impressions in this episode? In this first half of the finale two-parter, we see one of the main conflicts between the Doctor and the companions come to a head. The Doctor says “I’ve been so reckless with you” when she remembers the true danger of letting the companions potentially get converted into Cybermen. On the other hand, the companions didn’t sign up for an interdimensional magical mystery tour just to wait in the TARDIS whenever things get hairy. We get to see the Doctor’s guilt from what happened to more than a few companions in the past, such as Rose Tyler for one. The companions mostly get their way, but it felt like this was going to heat up again in the next episode.

There’s also such a parallel between the Lone Cyberman and toxic masculinity! This Cyberman hates himself for not being fully emotionless as most Cybermen are, making him even more violent than ever to prove himself worthy of the sociopathic robots he idolizes. Not only that, but his goal in this episode is to restore the supposed glory of the defeated Cyberman Empire! He’s basically Kylo Ren, talking to Darth Vader’s helmet pledging to finish what he started. It was interesting to see that he did something violent-looking to one of the Cybermen troops–what could that have been? If he’s making the Cybermen even more dangerous, that doesn’t bode well for the gang. I also wonder if that doesn’t have anything to do with what happened to Brendan the police officer..

One issue I had with this episode was that all the characters (except for Ravio) felt mostly the same to me. It was nice to see Graeme have a bit of a love interest in this episode, but the other characters felt like they were basically just there to be bodies who fall in battle scenes or people to say exposition lines. I didn’t really get a strong vibe or impression from any of them

8/10 – This episode is clearly setting up to end the season with a bang in the next episode. There were a lot of interesting pieces this puzzle set up, but it’ll really be up to the next episode to make everything click together.