Whenever an adult is busted for indiscretions with teenagers, whether it’s sexual or an attempt at being the “cool” parent, my first thought is usually, “Ugh, gross.” So it’s hard for me to put myself into Colette’s mindset. It’s even harder when she does such risky things.

It’s one thing, for example, to have Addy babysit for her while she has her trysts with Will. It’s entirely another thing to bring Addy along, an awkward fifth wheel, while she and Will picnic in the woods. 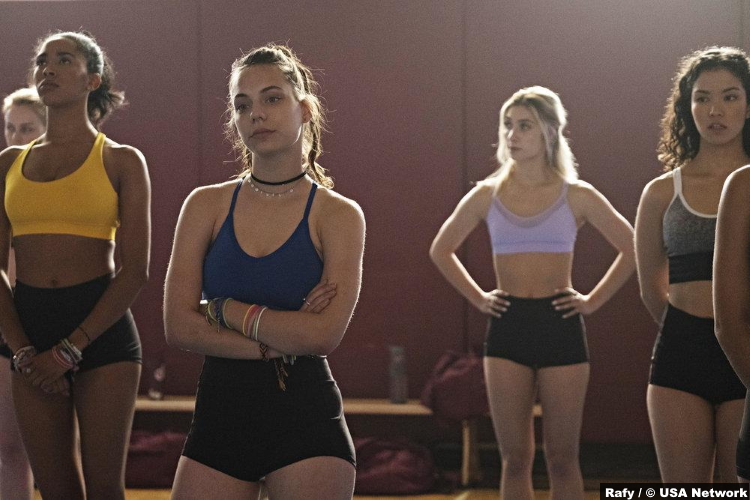 And what is Addy thinking during all this? It’s clear that she’s kind of moony over the situation, from the way she’s talked to Colette–telling her to “go to” Will, like they’re in a movie. It’s a forbidden romance, so of course, it’s exciting. But why is she in the woods with them? Is it another way to roleplay her dream life?

Colette even brings this up, in a roundabout way, by asking Addy what it is she’s after. Will suggests that she wants to be top girl and Addy demurs. But Colette won’t be pushed away that easily. She seems to know that it’s all part of the same thing. Although she may not be able to describe it perfectly, Addy wants more. She wants to go to college, she wants a successful life.

And Colette feeds on that, offering her the opportunity to get that life, as sure as a fairy tale character brandishing a poisoned apple. She may not literally be trying to poison her, but there are few better words to explain what she’s trying to do to Addy’s friendship with Beth. 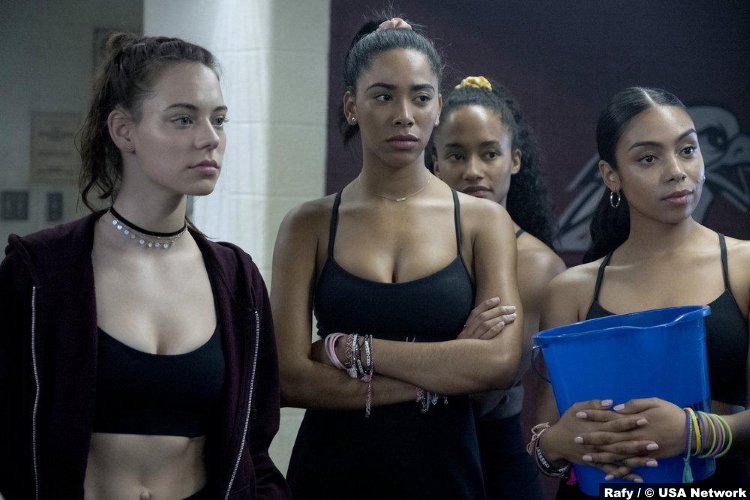 But of course, Beth can be poison all on her own. And a note on that: if there’s one thing that’s bugging me about the show so far, outside of the rather languorous pace, it’s that Beth’s motivations are still so hidden. She’s coming across as a two-dimensional mean girl, instead of a fully-illustrated person. I know there’s the family issue, but it doesn’t seem proportional to her viciousness. And boy, is she vicious.

Take the way that she goes after Tacy, for example. (Please.) Beth fancies herself a clever girl, so why are her machinations so obvious? And why can’t she see it in others? She seems to see, or at least, sense that Colette is trying to drive a wedge between her and Addy, but then she’s blind to the fact that Colette is doing the same thing with Tacy. Except instead of driving a wedge between them, Colette is using Tacy as the wedge between Beth and the squad. 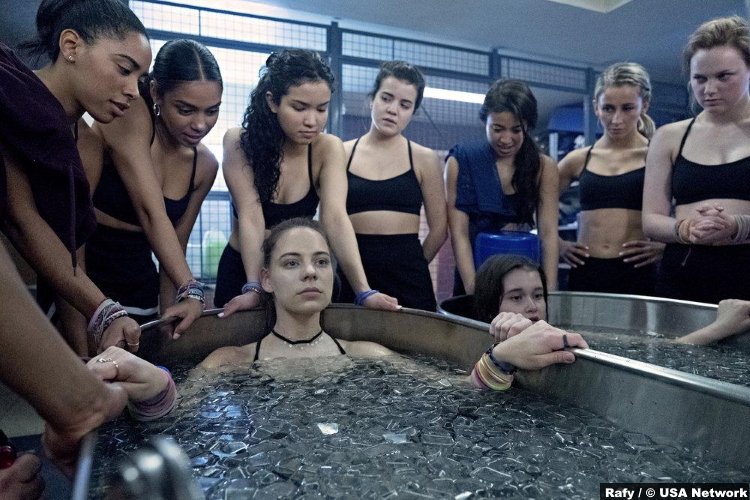 As evidenced by the ice bath scene, Beth can have an iron will when she wants to. So it’s a little confusing when she falls for obvious schemes. Then again, despite her bravado, she is still a child, after all. She’s a teenager whose brain isn’t fully formed yet.

And so is Addy. But Colette isn’t. So while it’s tough for me to imagine what she’s thinking, there are enough clues here to puzzle it out. She thinks she didn’t have friends in high school. (I know she says that she didn’t, but she was a cheerleader. It beggars belief that she had no social life.) So here’s the chance for her to relive that high school cheerleader life all over again, except this time she’s the cool girl. She’s the one in charge.

But you can always fall from grace. It’s not a significant stumble, not yet, but Colette does drop a few points in Addy’s estimation of her when Addy sees her *gasp* dancing with her own husband. It’s so upsetting that she leaves the party at Colette’s and runs right back to Beth. No comment on the vibes there, by the way. They seem to be implying something there–a regular “Is she…you know” situation. But unless we get actual confirmation, I’m leaving it alone. Anyway, no flash-forwards this week, but that’s okay. Even without Addy telling us, we already know that .

7.5/10 – Again, although I understand the show is moving at its own pace, I wish they’d take some of that extended time and really color in some of the characters, like Beth.