After episode three ended, I said this…

Now three episodes down, I feel like we’ve finally finished the first act of the story. I can’t help but be frustrated with the piecemeal way Disney is delivering the show.

Episode four, titled Sanctuary, clearly serves to reset the board, lower the stakes, and begin a slow climb to the next big climactic moment. It’s the most detached episode of the series thus far, and the most “episodic” of the bunch. In a lot of ways, the shift from the highly serialized nature of episodes 1-3 to this episode reminds me of a similar shift in focus in the back-half of Battlestar Galactica’s third season. There’s still an overall arc to be considered but it’s put on the backburner while the “plot of the week” is given the foreground, a reversal from the previous approach to the show.

The story this week is classic Kurosawa, feeling like a streamlined, stripped-down re-telling of “Seven Samurai/The Magnificent Seven:” Villagers, suffering by invading raiders who are stealing their crops, hire lawless mercenaries to defend them. In the case of The Mandalorian, instead of seven ronin/gunfighters, there’s only two: our Mando and an acquaintance named Cara Dune, a former Rebel Shock Trooper-turned-Mercenary. Together they will teach the locals how to defend themselves and stave off an attack from a hijacked AT-ST.

When I say the episode is “stripped-down” I mean it. 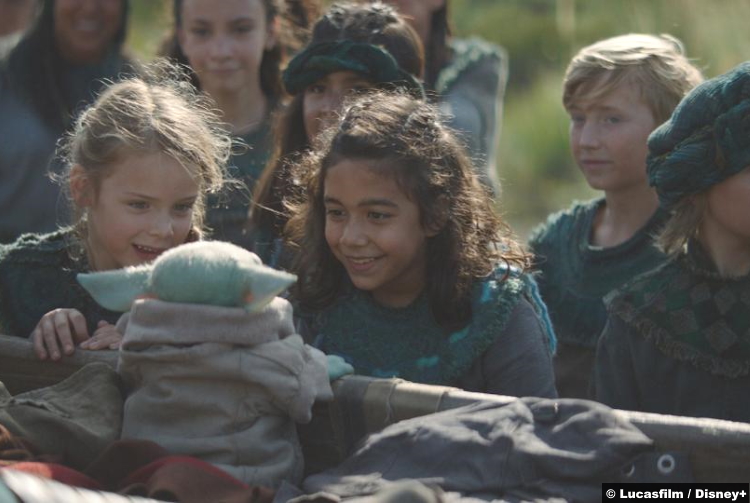 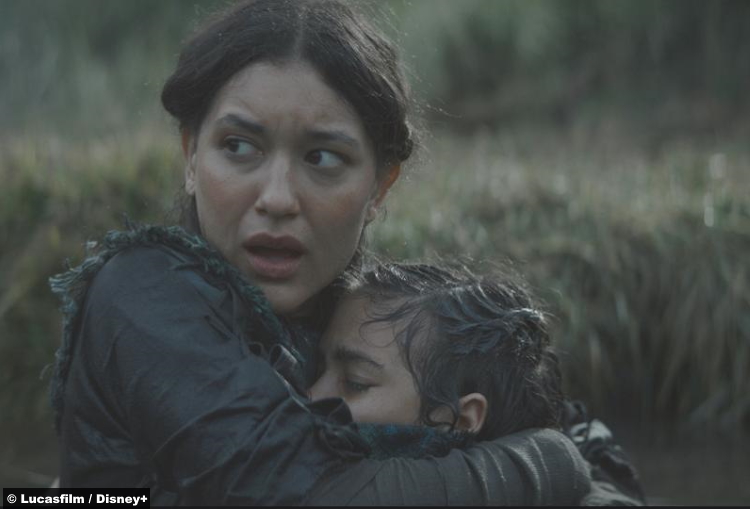 With a run-time of forty-one minutes, it’s the longest episode of the show, thus far, but it’s not enough time to do justice to the plot without everything feeling rushed; there’s a strong set-up and conclusion and not much middle. Instead, there are moments of humanity, peppered throughout, meant to endear us to the star of the show. These short scenes of potential romance with a villager, candid discussions with Cara, and fatherly-protection of “baby Yoda” all work on paper, but the execution is a bit lacking. At times it felt a bit ham-fisted, both in script and in acting.

I’ve seen some chatter here and there that the episode was like watching a live-action episode of The Clone Wars. I can see that, especially with the way the plot was laid out: “tease, reset, short action, build-up, climax, rushed ending.” I don’t know if that’s a good thing, however. I might be more forgiving of such an inconsequential outing if (A) it wasn’t 1/8th of the whole season, or (B) it did something to significantly advance the plot.

Instead, the episode felt like a throwaway; in a season with twenty-two episodes (like Clone Wars had) that’s fine; it’s not so fine when you only have eight opportunities to tell the story of the season. At the same time, I’d be okay with a side-story kind of plot if, during the course of the episode, we moved the season-long arc forward, making the “side” story consequential in retrospect. 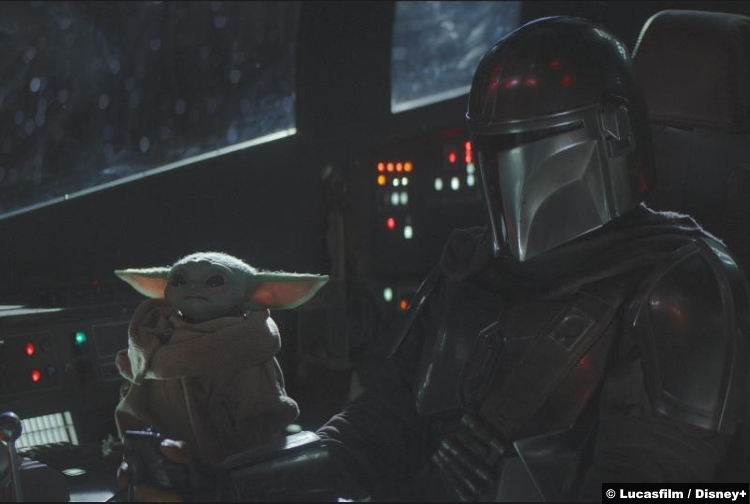 Clearly, I have a lot of issues with the episode from a structural and purposeful standpoint, but that’s not to say I didn’t enjoy it.

First, Both action sequences were tremendous and offered the best side of a “live-action Clone Wars” feel. The red eyes of the AT-ST rising between the trees was chilling, and the bang-bang stuff that followed was well-directed by Bryce Dallas Howard.

Sidebar: I should point out how laugh-out-loud funny it was for Clara to say: “I’ve seen an AT-ST take down an entire company of soldiers.” I mean, okay, maybe, but I’ve seen Return of the Jedi: I’ve seen a gaggle of Ewoks take down a company of AT-STs. All you need is a rope and some logs!

Second, I also enjoyed the short and sweet training montage, as Mando and Cara worked to get the passive villagers into fighting form. It reminded me of Robin Hood: Prince of Thieves, though I’m sure I was supposed to get an Army of Darkness vibe from it too.

Every Mom on Christmas morning watching you open presents: pic.twitter.com/m7hI1qYoVz

Hopefully, soon we’ll get things back on track with understanding who the little tyke is and why he’s so important.