The Expanse S04E08 Review: The One-Eyed Man -Freedom is complicated…

The eighth episode of The Expanse’s fourth season is really all about managing tone. When The One-Eyed Man starts, it feels like one of the darkest episodes the show’s ever produced. By its conclusion, though, there are rays of hope coming from every direction, even as a couple of the show’s central characters get left in the dark.

On Ilus, we see that the blindness that was threatening everyone in the last episode is now in full effect. Holden’s the only person the planet who can see at all, and the threat of the poisonous slugs means that everyone is pretty much staying where they are. 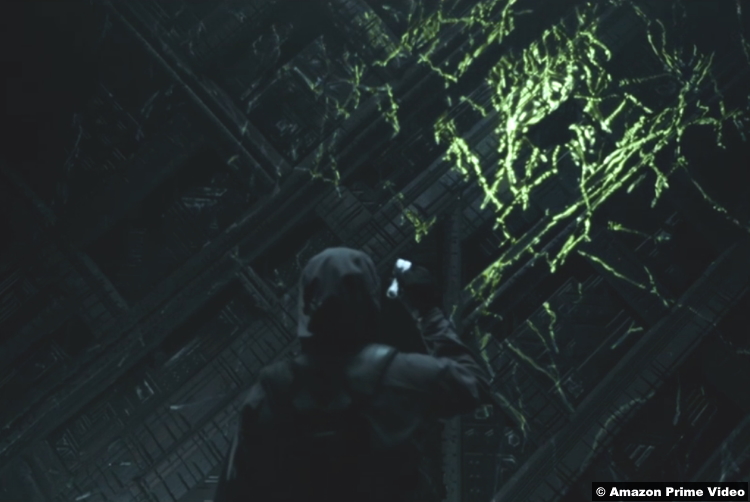 It’s a gloomy scene, one that weighs on the entire opening of the episode. Even as the waters have receded outside the structure, Holden is totally incapable of leading everyone in the camp out into the outside world by himself. Salvation has arrived, but there’s no way to realize it.

The one silver lining of the blindness is that it seems to have largely driven factional issues out of everyone’s mind. Murtry is still self-interested, but he’s also totally helpless, so it doesn’t matter as much.

Amos, on the other hand, is in a dark place. As he explains to Chandra, being trapped in darkness brings him back to a time in his life that he’d rather not revisit. It’s a reawakening of the trauma that Amos has always worked so hard to bury as deep as he can. When he goes wandering off on his own, it seems clear that he doesn’t care whether he dies or not. 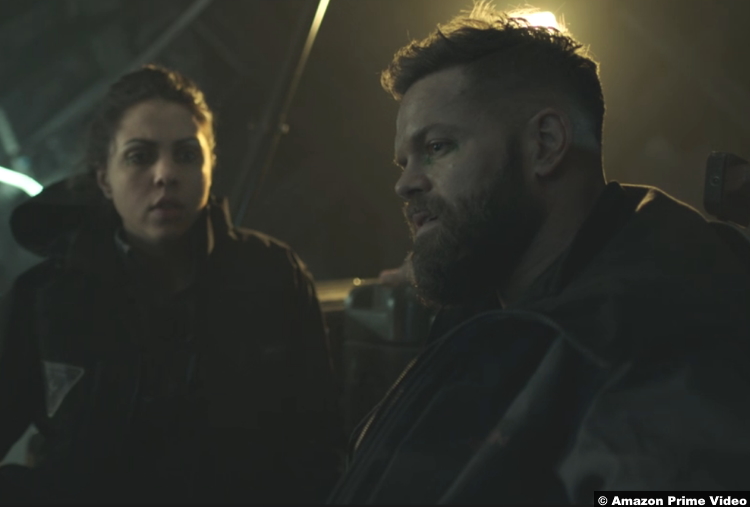 Eventually, Okoye and Holden discover that the cancer treatment keeping Holden alive is what’s also fighting off the infection in his eye. They find a way to reproduce the drugs, and give everyone in the settlement a dose. And just like that, they can all go back to fighting one another with their vision fully restored. 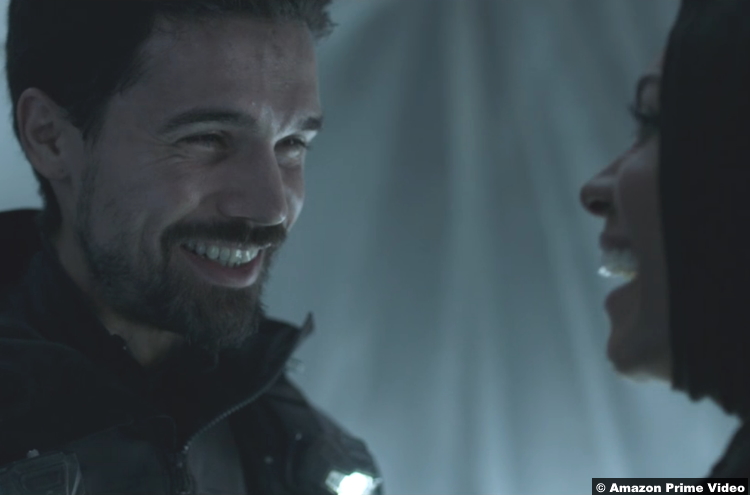 Murtry almost immediately asks whether his bomb is ready, but it’s still not entirely clear how he plans to use it. There are still two episodes left to find out. Meanwhile, Miller finally shows up after weeks of absence, but it seems like he’s still not quite right. The episode’s final images are of him glitching out and screaming before vanishing altogether. That doesn’t seem like a great sign. 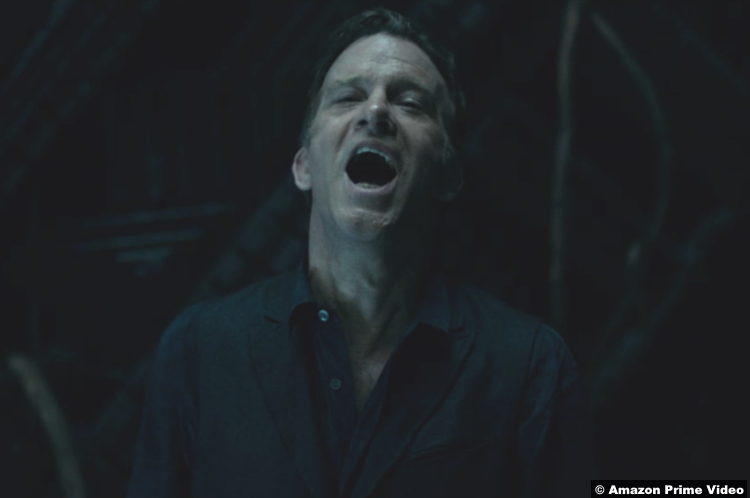 On Mars, Bobbie finally faces the realization that the Mars she once knew is dying. There’s no point in terraforming the planet if there are plenty of inhabitable worlds on the other side of the Ring. As a result, her relationships begin to fracture, even as she prepares to take on a high-paying job that may be more complicated than it seems.

Essai, her boss, is a family man, and we discover that he’s committing crimes in the hopes that he can start a new life for his family somewhere else. Somewhere with a future, instead of the slowly dying Mars. 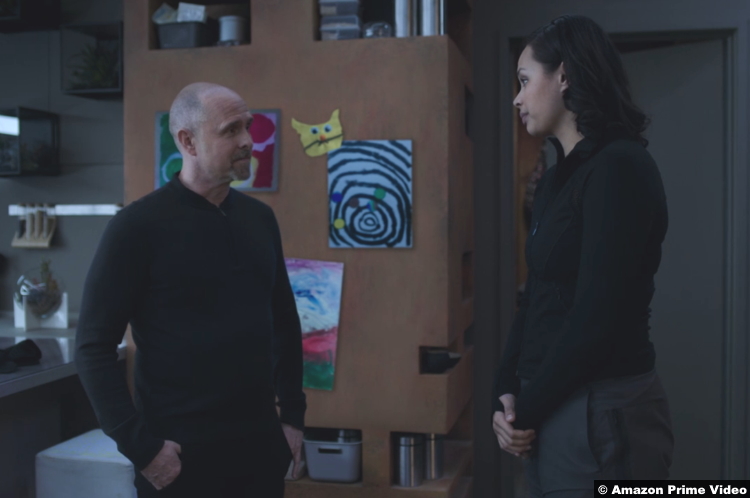 The One-Eyed Man is also the episode where Avasarala finally starts to get real, or at least that’s what she wants the public to think. When the video is leaked of the crew’s final moments on the Sojourner and she’s forced to accept the resignation of one of her top generals because of her reckless decision making, it seems like she’s hit a new low.

At the memorial honoring the lives of the marines she sent into the Sojourner, Avasarala makes an impassioned speech about her son, who died as a marine. She tells the families of the dead that they can blame her for their losses. She made the call, and this is on her. 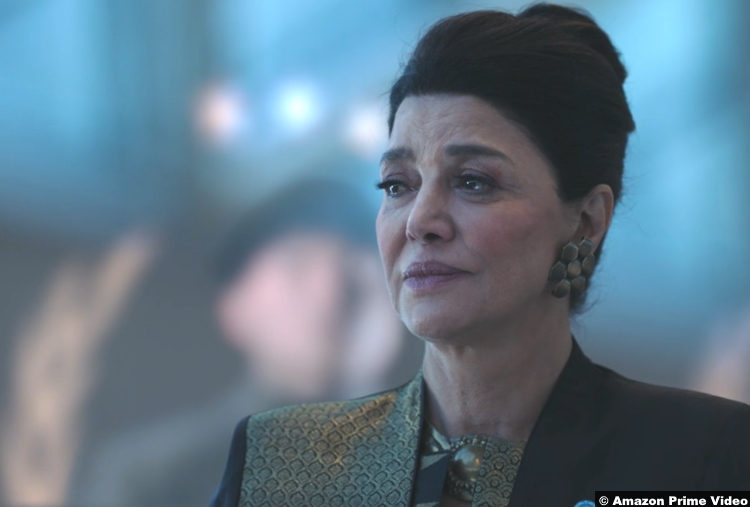 Initially, this seems like a moment of awakening for Avasarala. She’s decided to be human, consequences be damned, and even her political opponents have to give her credit. Shortly thereafter, though, we discover that Avasarala leaked images from Ilus showing the explosion that happened on the planet. Even when she’s making impassioned speeches, she’s still trying to win political points.

Avasarala is right to be scared of the possibilities of the Ring, and now Gao has to deal with the realities of what colonization might mean. Even so, it’s hard to disentangle Avasarala’s justifiable fears from her goals as a politician.

The Expanse has brought Avasarala back to square one. We watched her evolve into someone more interested in the truth than in politics, and became a fugitive as a result. Now, she’s back to playing politics, and her motives have never been murkier than they are right now.

Murky politics are also what defines the OPA this week, as Fred Johnson shows up and Drummer immediately rebukes him for his decision to leak Marcos Inaros’s location to the Inners. It’s a real disagreement, but one that drives Drummer to quit, even as Ashford goes on a mission to hunt down Inaros and kill him. 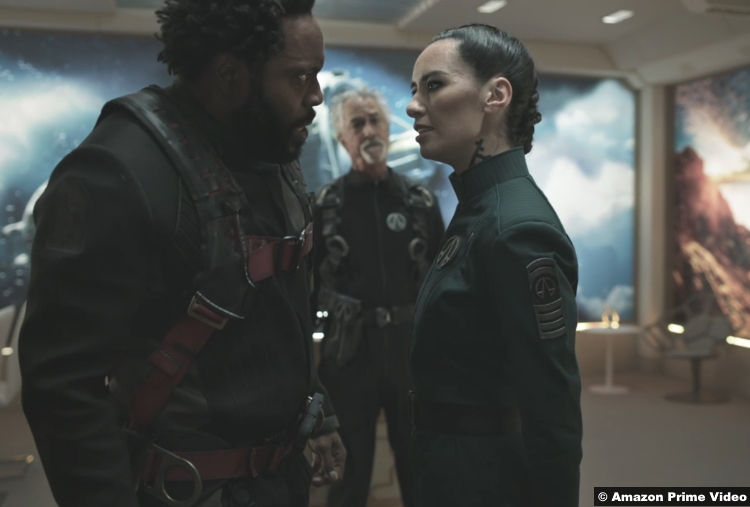 It’s clear that Inaros is a threat to the entire system, and I look forward to watching Ashford try to take him down. Unfortunately, Drummer is fed up with politics, so she’s decided to sit this one out. What’s the point of Belters’ alliances if they ultimately lead to the deaths of Belters, sometimes by Belter hands?

Drummer’s disgust with the complexity of a free Belt is a fascinating wrinkle. It’s a suggestion that loyalty to one’s own kind sometimes has to be sacrificed in service of larger ideals of freedom. Freedom means compromising with people who used to oppress you. It’s easy to see why that may be a hard pill to swallow for someone like Drummer

9/10 — In another strong outing, The Expanse finally makes its political stories seem as urgent and real as its elements of heady sci-fi. What does it mean to compromise your morals in service of a greater good? The Expanse may not know the answer, but it’s definitely asking the right questions.