The Expanse S04E06 Review: Displacement – The stakes are raised…

Now we’re talking! In Displacement the sixth episode in this fourth season of The Expanse, the stakes are raised in an exciting, concrete way. Most of Displacement is consumed with action, which makes it a nice counterpoint to the much quieter work being done in the fifth episode.

After an island on Ilus exploded at the end of last week’s episode, all of the people on Ilus are left to deal with the fallout. That fallout consists of an earthquake followed by strong winds, and then finally a massive tsunami that is likely to change the entire face of the planet. The only problem — every time they seem to get a concrete plan in place to save everyone on the planet from the fallout, the circumstances change. 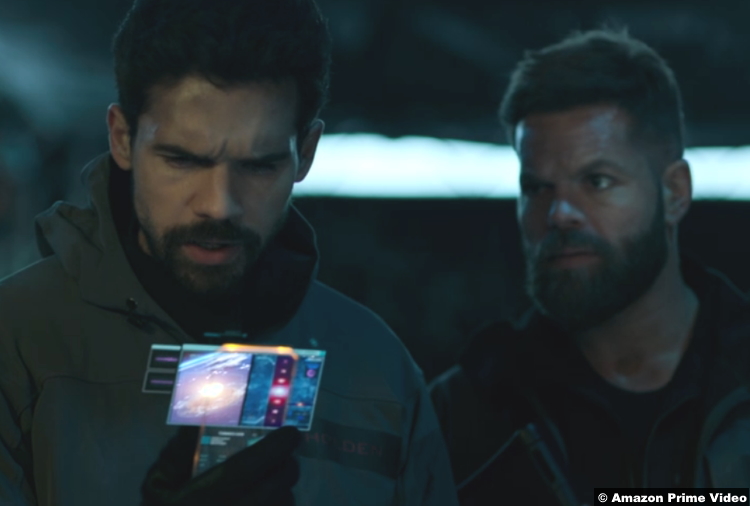 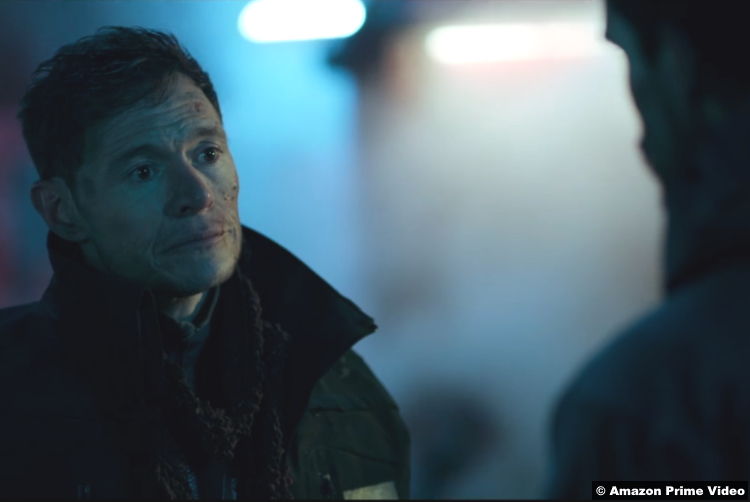 The protomolecule is clearly reacting to Holden’s presence on Ilus, and seems to be defending itself accordingly. It shuts down the reactors in every ship orbiting Ilus, and also keeps any shuttles from entering the atmosphere. That leaves those on the planet with no choice but to work together in order to shelter themselves before the tsunami comes. They choose the ruins that Holden visited earlier this season, and the tensions between the RCE crew and the Belters seem to dissipate, at least temporarily.

That is, of course, except for the fact that Murtry is still unrelentingly terrible, and he has a plan in place to exterminate some Belters if the survivors run out of food while they’re waiting for rescue. Mostly, though, Displacement is designed as a chance for us to finally see what the bigger threat on Ilus really is. It also forces Holden to take a side in the fight between the Belters and the RCE crew, as he promises to support the Belters’ claim to Ilus if they make it through this mess.

Overall, the cinematic scope of the Ilus storyline really takes shape this week. The series has never had the resources to execute something on this scale before, and those extra funds are not going to waste. Finally, the show feels as grand and massive as a show about new worlds should. 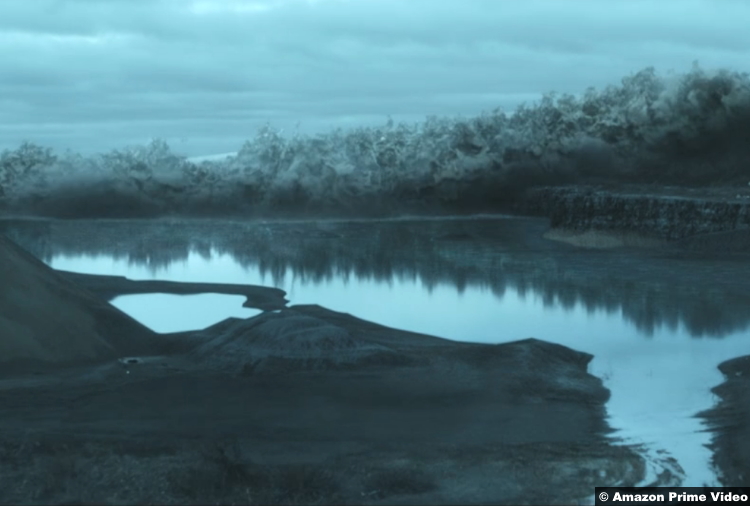 It’s also becoming increasingly clear that an infection is looming in the back half of the season. Several characters, including Dr. Okoye, are seen rubbing their eyes in a way that suggests something is not quite right. Even if they’ve survived this tsunami — the episode ends on a cliffhanger that leaves that unresolved — it seems like they’re about to have a new, biological threat to contend with. 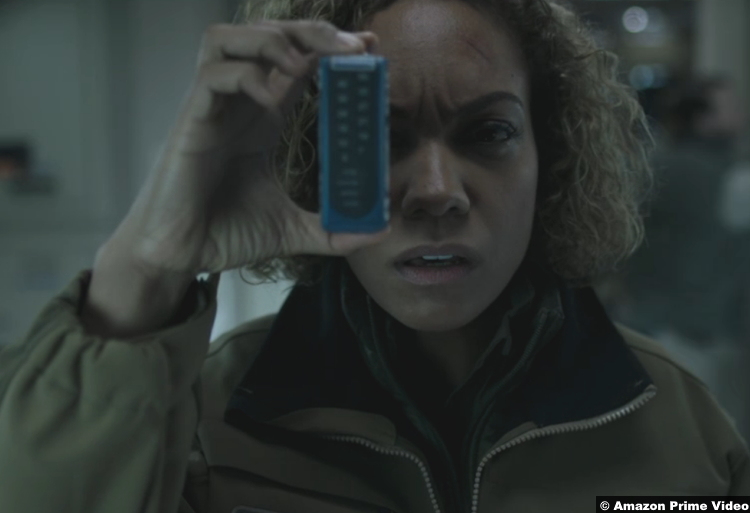 Out in the vast reaches of space, Lucia finds her daughter aboard another ship, and she’s forced to deal with her daughter’s reactions to her attack on the RCE ship. As resonant as Lucia’s guilt is, it’s also fair of those around her to question what she was thinking. She put them all in danger.

Drummer and Ashford are dealing with danger of their own as the UN begins to come down hard on the Belters in the aftermath of the Sojourner’s destruction by Avasarala last week. Although they’re allied with the Inners, that alliance is clearly unsteady, and Marco Inaros is working to ensure that it dissolves altogether. The UN doesn’t trust Drummer and Ashford to police their own anymore, and are taking a spot in the Ring to do it for them. 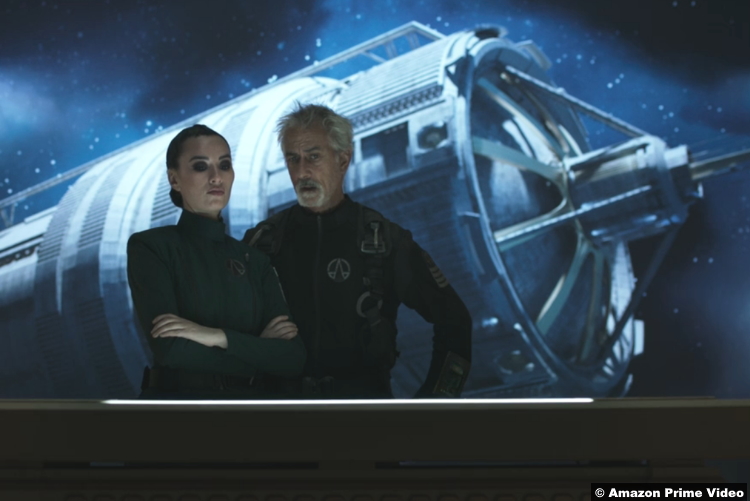 We also see the life Ashford once led as a father, and come to understand a little bit more about his past. Even as danger consumes Ilus, it’s clear that the old system is still in much more turmoil than it may seem to be on the surface. We know that Inaros wants to conquer the galaxy in the name of the Belt, and it seems like he may get a chance to do just that as this season enters its home stretch.

On Mars, Bobbie has assimilated into the life of a criminal pretty seamlessly. She’s still a little too personable and friendly for the criminals she’s working with, but it’s also clear that she enjoys solving problems and doing physical work again. She may never serve her nation the ways she once did, but that wasn’t the only thing that appealed to her about life as a marine.

As Mars begins to shut down parts of its Terraforming operation, the towers that were designed for that work are filled with supplies that are ripe for the taking. It’s equipment that Belters can use to colonize new worlds, and that’s exactly who Bobbie’s boss plans to sell it to.

It’s interesting to see how Bobbie’s moral compass has disintegrated. She’s not a different person, but she seems to have recognized that the Mars she once fought so hard to protect no longer really exists. Now, she’s just got to worry about herself, even if that means still means sacrificing for her team of criminals.

Displacement was the last episode sent out to critics ahead of the show’s release, and it’s easy to see why. It serves as a fitting cap on what we’ve seen from the season thus far, and presents us with plenty of interesting questions for the remaining four episodes.

The back-half is where every season of The Expanse really starts to shine. The disparate threads that the season has woven for us thus far are going to start coming together soon, and when they do, it’ll be interesting to see where everyone winds up.

10/10 — The Expanse shows us what it can do with its new Amazon money. In delivering a series of grand set pieces set against a clock, the show achieves new heights in its visual storytelling without losing sight of the other threads of its intricate plot.