How much you like Oppressor the fifth episode of The Expanse’s fourth season, likely depends on which elements of the show are most appealing to you. If you like factional conflict and political intrigue, you’ll likely enjoy all the machinations at work in this episode. If, on the other hand, you prefer the show when it focuses on its larger mythology, this episode will leave you empty-handed.

After getting Naomi, Lucia, and Alex safely back on the Roci, Holden returns to the Ilus camp in an attempt to defuse the escalating tensions between the RCE crew, led by Murtry, and the Belters. For the most part, he is unsuccessful. The Belters have taken two members of the RCE crew hostage, which obviously doesn’t help matters. We also get a look at the situation from Murtry’s perspective. Now that we know that the Belters were responsible for blowing up their landing ship, all of his actions feel much more justified. 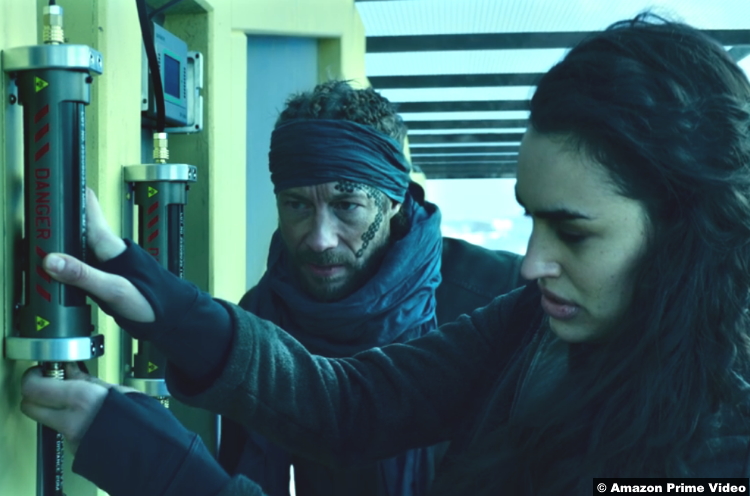 Lucia, who almost kills herself in this episode, was involved in that scheme. It was initially designed to delay their arrival, but instead, it killed 23 RCE crew members. Murtry’s murder of the Belters was obviously horrifying, and he did it because he wanted to, but if you squint, you can see how he may have some justification for his actions.

Holden wants both the RCE crew and the Belters to get off the planet. He knows what they don’t — that the protomolecule is waking up the planet’s technology, and posing a threat to any other life on the planet. Murtry initially seems very amenable to this plan, but only if the Belters leave before he does. And, of course, the Belters won’t leave, so neither will he. 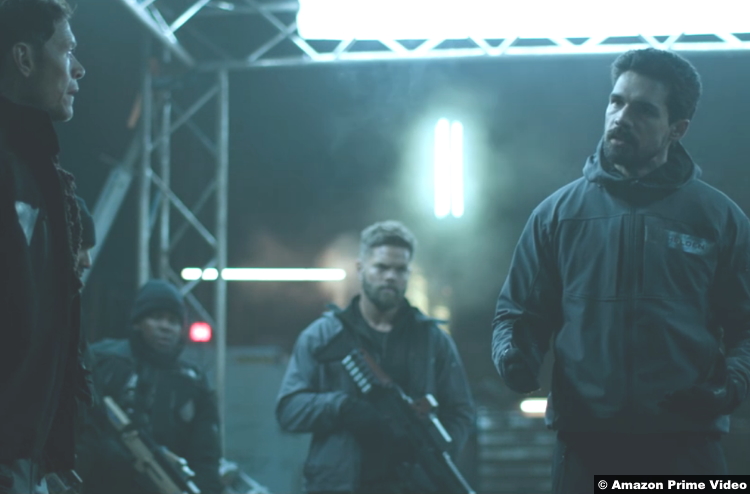 The tension on Ilus keeps on reaching new heights, but Oppressor gives us a new perspective on it. The Belters are where our allegiance naturally lies. They’re the oppressed, downtrodden group, after all, not the oppressor of the episode’s title. As Holden points out, though, everyone, including the Belters, is missing the big picture. However, Naomi provides the answer when she explains that what they really want is to be able to make decisions for themselves. They’ve been governed by other people for far too long. All Holden can do is tell them what he knows.

Murtry then announces a plan to gas the Belters in order to force them to leave. It’s despicable, and perfectly in character. When Holden finally reveals that he’s been seeing Miller, and that he’s connected to the protomolecule, it doesn’t make any difference. This new information pales in comparison to the squabbles that have defined Belters and Inners for generations.

On the Roci, Naomi and Alex are forced to contend with Lucia’s indifference about her own life after she discovers that her daughter has gone missing. She feels guilt about her role in crashing the RCE ship, but there’s a deeper despair at work here, too. Thankfully, Naomi’s around to help her get through it. 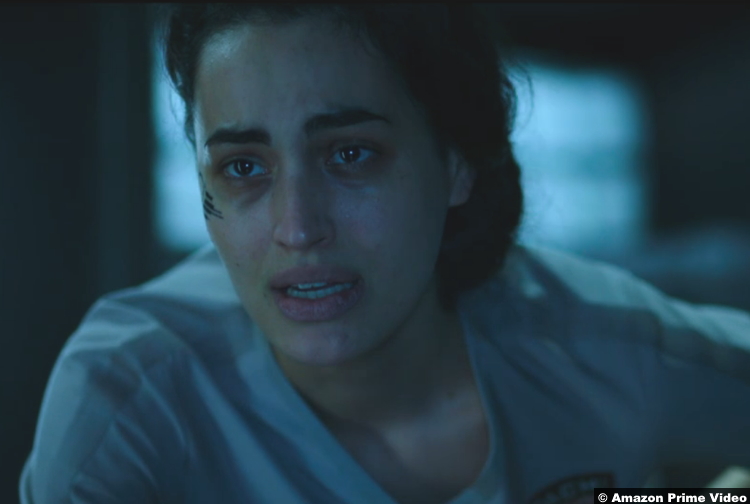 Avasarala is caught up in politics. In this episode, she’s preparing for a debate with Gao, her opponent in the general election. When that debate comes, both of them seem to land a couple of smart blows. There’s a real debate worth having about whether the worlds the Ring opened up are an opportunity or a threat. Unfortunately, the show seems to be having some trouble articulating that debate in a way that’s interesting.

Avasarala has been away from the main action of the show for too long, and it’s starting to show. What’s more, she doesn’t have any compelling characters to play off of. She’s the only character of note on Earth, but it feels like she’s adrift in the cosmos. Now that she’s decided to blow up an OPA ship that may not have been a threat, her fortunes as UN General Secretary may start to turn. I suspect she just walked into a trap, one that was probably laid by Marco Inaros to generate outrage. 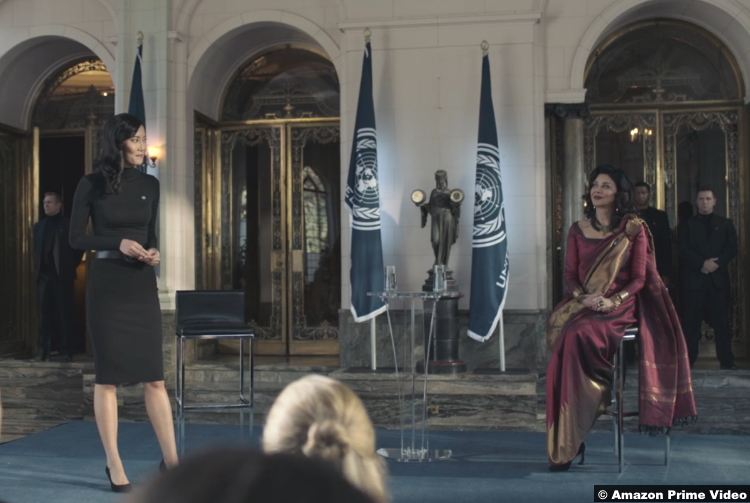 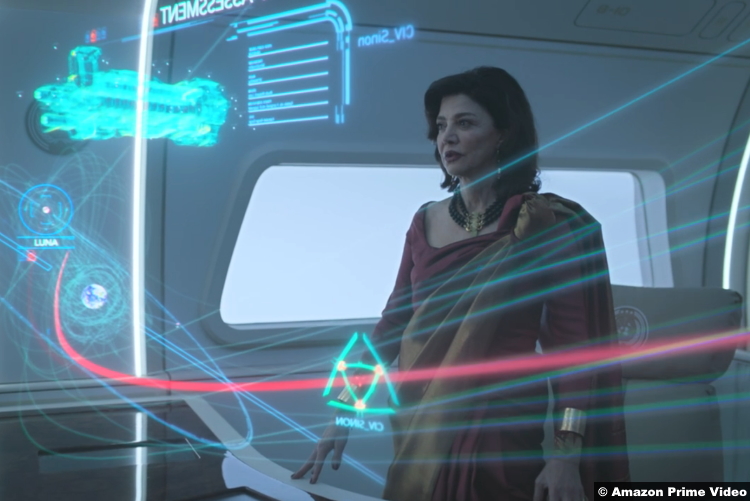 The end of Oppressor signals that, although the heavy science fiction didn’t play a huge role in this episode, it’s getting ready to make a comeback. When Alex’s discovery that a massive explosion took place on the surface of Ilus is revealed, the threat of the planet’s many old technologies may start to feel a little less abstract. 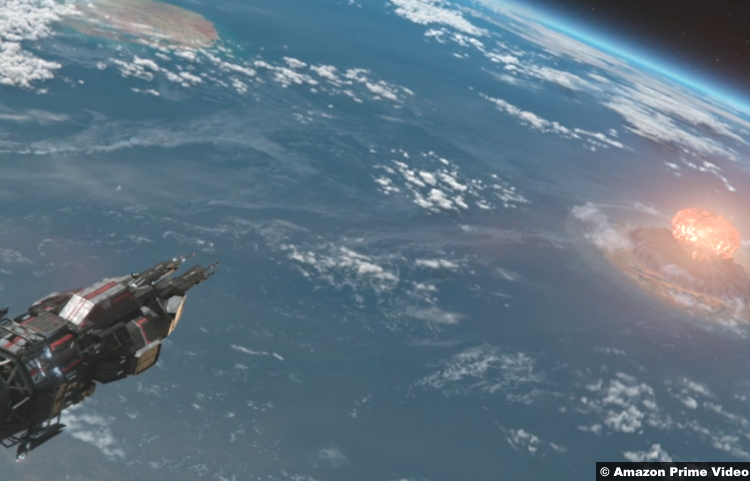 At the core of this season, though, is the question of colonialism. Humanity seems to have an unlimited desire to spread itself out, and that desire is becoming explicit in the show’s fourth season. The Belters have a legitimate claim to Ilus, in that they were there first. The RCE crew, on the other hand, was given an order from Earth to mine the colony. In forcing these two claims to compete with one another, the show is questioning the very notion of legitimacy, especially when it comes to settling new lands.

In the face of their impending doom on a planet filled with technology that they don’t understand, all these two factions can do is bicker and fight and kill one another. The Rings could have changed everything for the better. They could have made the petty squabbles that dominated the system before they opened seem small in comparison with the vastness of what humanity still doesn’t know. Instead, Belters and Inners have simply brought their old problems to a new place that they know very little about. Not a great plan.

7/10 — There are parts of Oppressor that are smart about the politics of The Expanse, and the way those politics have remained static even as the world these humans live in undergoes enormous changes. Unfortunately, the episode is bogged down by an election storyline that feels like it comes from a totally different show, and ultimately keeps us from enjoying the conflict between the RCE crew and the Belters as much as we could.