The Expanse S04E07 Review: A Shot in the Dark – More threats are revealed!

After the sixth episode of The Expanse, it would be easy for the show to take a breather. Everyone on Ilus is now trapped underground, waiting for the tsunami waters to recede enough for them to return to land. Things could have been calm down there. Instead, in A Shot in the Dark, they only get worse.

The eye infection the show has been hinting at for weeks is now a full-blown epidemic. Except for Holden, everyone underground is infected, and if a cure isn’t discovered within the day, everyone will go blind.

At the outset, it seems like the tensions between Belters and the RCE crew is going to remain at the center of the show. Instead, they are forced into a sort of temporary truce after the impending blindness is discovered. That doesn’t mean that Murtry isn’t still scheming, though. He thinks the blindness presents him with an opportunity to get the Belters off Ilus, and to deal with Holden more permanently. Now that we know he’s coming after Holden, it’ll be shocking if Murtry makes it through the season. 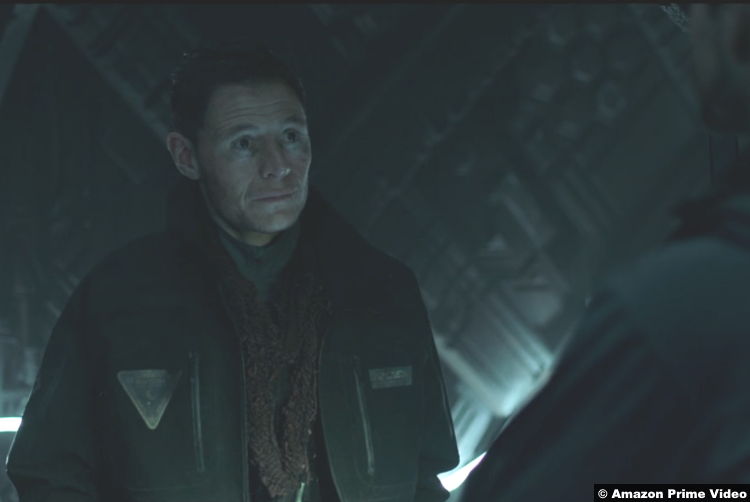 Murtry has also involved Chandra in his scheming, which, given her connection to Amos, makes things a little complicated. As a result, he tries to bribe her by suggesting that, if the RCE has the only claim on Ilus, the payout they receive will be worth billions. It’s always about money.

Chandra doesn’t offer a totally clear indication as to what her play will be — she definitely likes Amos, and it seems like she’s becoming increasingly aware of how terrible her boss is. As Amos, Wes Chatham remains as sociopathic and sweet as ever. He’s a clueless dope who has no problem killing, but that’s what makes him so lovable. Amos never does anything wrong, because he doesn’t let morality impact his decision-making. 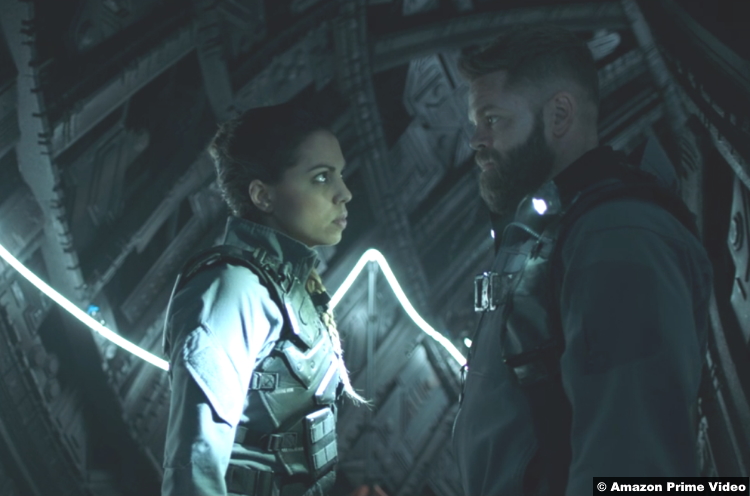 By the end of A Shot in the Dark, we’ve discovered that the eye infection is not the only thing threatening those still stranded on Ilus. There are slugs, and they kill everything they touch. Avasarala’s concerns about settling new worlds that we don’t fully understand is starting to look awfully prescient. 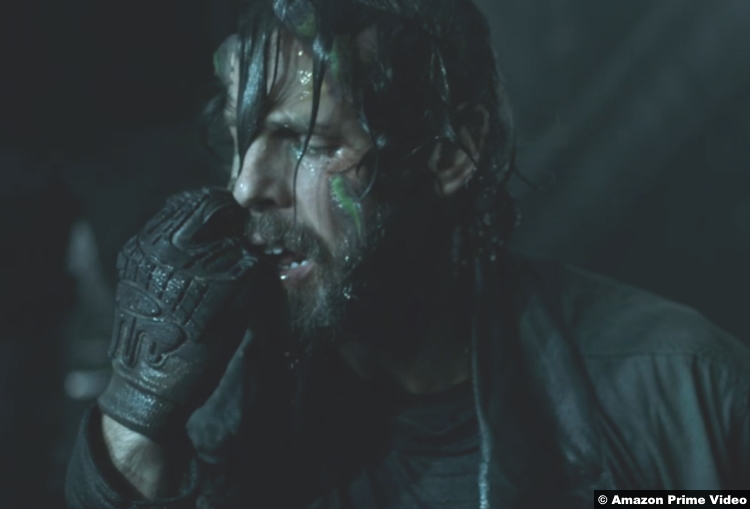 Speaking of Avasarala, she’s mostly embroiled in political nonsense for the first half of the episode, but the show finally gets at what it’s doing to her. Avasarala has always stood on her principles, and in this election, it seems like she cares more about winning than anything else. That’s how her husband feels, and it’s clear to the audience as well.

By the end of the episode, though, we see how her prowess as a leader is beginning to fail her. After shooting the Sojourner out of the sky because the OPA failed to stop Marcos Inaros, she attempts a raid designed to capture the pirate and hold him accountable for the threat to Earth. When the UN marines board the ship, though, they discover that it was all a trap. Inaros was never on the ship, and the ship explodes before the marines can get off. 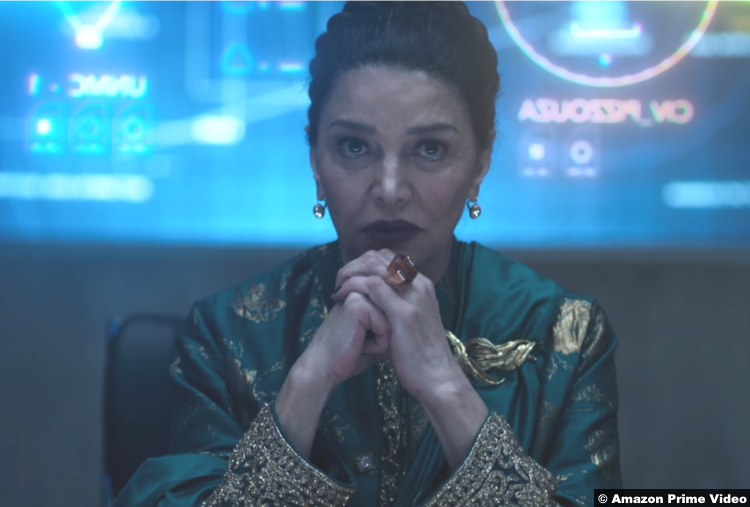 Inaros set a trap, and Avasarala and the rest of Earth walked right into it. He’s trying to bait them into a war, and so far, it’s working very well. We know that Inaros believes that the OPA could beat Earth and Mars in a head-to-head fight, and based on his savvy in this episode, that seems possible.

As for Avasarala, this marks two blunders in a row for her. It strains credulity to think she may not have considered the notion that this was a trap. Still, the ending is effective, as we recognize the fallout of this mistake for Avasarala, and the sharp consequences it may have.

On the Roci, Lucia, Alex, and Naomi are trying to keep the Belter ship Barbapiccola in orbit while their drive is turned off. They discover a few tactics designed to delay the ship’s fall to Ilus, but it’s Lucia who comes up with the ultimate plan to use the Roci to pull the ship back into a higher orbit.

The inspiration for that idea comes when Lucia and Alex have a heart to heart about their children. Lucia’s child Felcia is refusing to speak to her following Lucia’s attack on the RCE crew, and we know that Alex chose to leave his family on Mars to join the Canterbury. 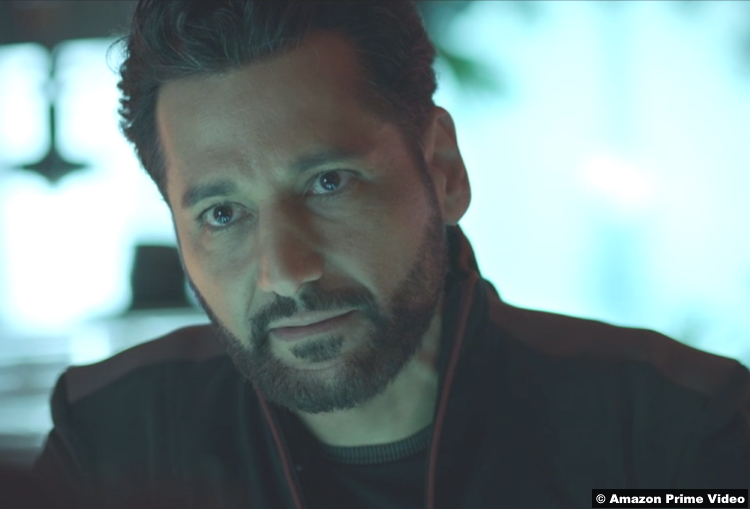 That detail about Alex has always been one of the more fascinating pieces of character work on the show. Normally, a man who decides to leave his family for a life amongst the stars would not be our main vantage point into that family. Alex is the villain in another story, one about a Martian family whose father abandoned them.

The show has done a decent job dealing with this, but because of Cas Anvar’s natural charm and charisma, it’s hard not to believe that Alex is ultimately a good guy. He’s helping people across the cosmos. He was also a pretty terrible dad. The Expanse lets both of those things be true.

Season 4 only has three episodes left, but it feels like there’s plenty of ground to cover. The Expanse is coming back for a fifth season, so it’s possible that the fourth is only the first half of a larger story. With a story this broad, we may be left with an enormous list of cliffhangers when the season comes to a close.

8/10 — The Expanse continues to up the stakes with an episode that features eye-disease, killer slugs, and ships falling out of the sky. With its many plot threads still dangling in the air, the choices the show makes as it moves toward its conclusion are going to be fascinating to watch.