The Expanse S04E03 Review: Subduction – A setup for things to come

Things are happening! The third episode of The Expanse is largely focused on moving each of its many plot strands forward, and as a result, it’s the first installment of the show’s fourth season that doesn’t feel shocking or revelatory. That doesn’t mean the episode doesn’t work or isn’t good. It just means that, for the most part, it’s an episode designed to get us where we’re going.

Every TV show needs episodes like this — they give us a chance to catch our breath and provide setups for plot lines that will pay off down the line. It’s one of the hallmarks of TV that not every episode can feature a climactic battle. All stories have peaks and valleys, and that’s by design. The valleys only leave us more excited for the peaks when we can feel them coming.

In Subduction we get the fallout from the lightning we saw Holden trigger at the end of the last episode. It fans out in a straight line, and eventually hits the settlement that the RCE mining crew is sharing with the Belters. Unfortunately, the Belters’ part of camp is hit harder. Holden and Alex, along with help from Dr. Okoye from the RCE team, then discover that some new structure has emerged out of the ground and begun digging through the earth. Before it can hit the settlement as well, Holden and Alex blow it up. Each of these phenomena is compelling, even if they don’t add up to a more complete picture at this point. 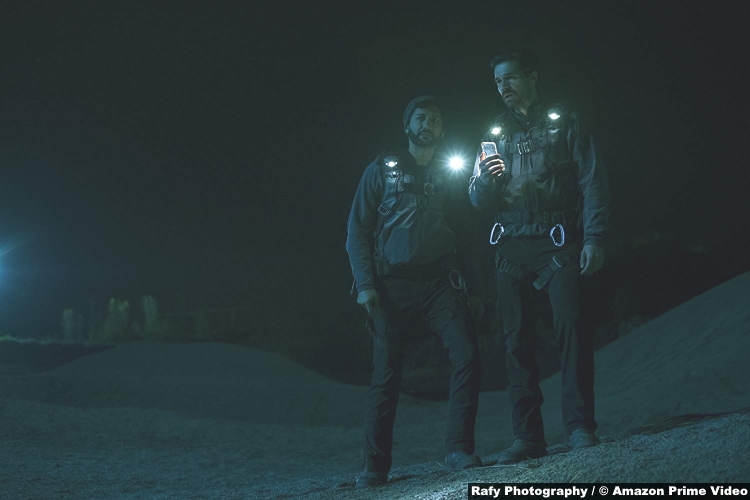 Elsewhere on Ilus, Murtry proves what Amos suspected — that he’s a killer who kills because he likes to, even if he makes sure he has some reason before he does it. By the end of this episode, he’s put down any hope of Belter payback for his murder in the last episode. What makes this storyline so compelling, at least for me, is the fact that The Belt is supposed to be in a truce with Earth and Mars. These factions are no longer at war, but their people still can’t see past the assumptions that they held before. Any hope of progress is dashed by lingering resentments that could easily be buried. Of course, that mistrust is lopsided. Belters mistrust the RCE crew, but they still choose to help, whereas the teams from Earth are immediately mistrustful and eventually violent toward the belters because of where they come from and the stereotypes that exist around them. None of this is helped by the fact that the RCE leader is into murder. Amos spends much of this episode assigning Murtry the wrong name, which is part of the reason he remains the best. 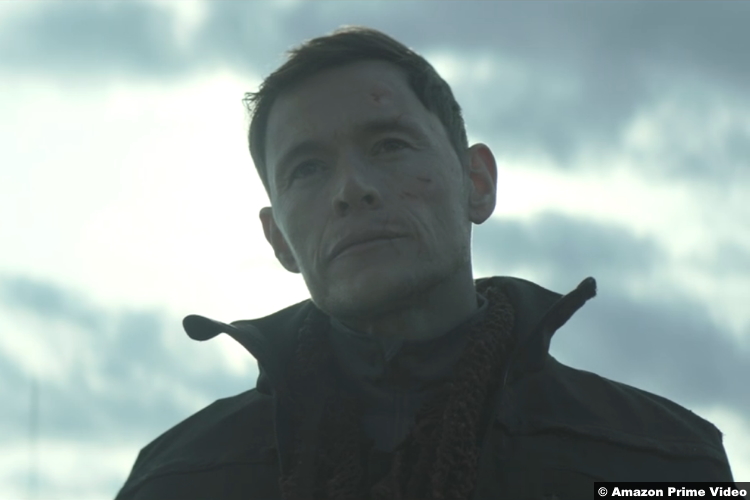 Naomi is also in a situation now where her life is in peril. She hasn’t taken to the gravity medication that was meant to help her adjust to Ilus’s enhanced gravity, and if she doesn’t get back to space soon, she’ll die. The only issue is her reluctance to see the reality of her situation, and her insistence that it be kept a secret from Holden.

We also get to spend some time with Lucia, the Belter doctor who seems to want to help the injured more than she wants to take sides. Through just three episodes, we already have a clear sense of who she is and what she stands for. It’s one of the huge achievements of The Expanse that outside its core group of characters, it’s always had the ability to nimbly introduce new players.

On Earth, Avasarala discovers that she’ll face a compelling rival in an upcoming election for UN Secretary General. The issue at the center of the election between Avasarala and Gao, her opponent, is whether the new worlds opened by the Ring should be settled or not. 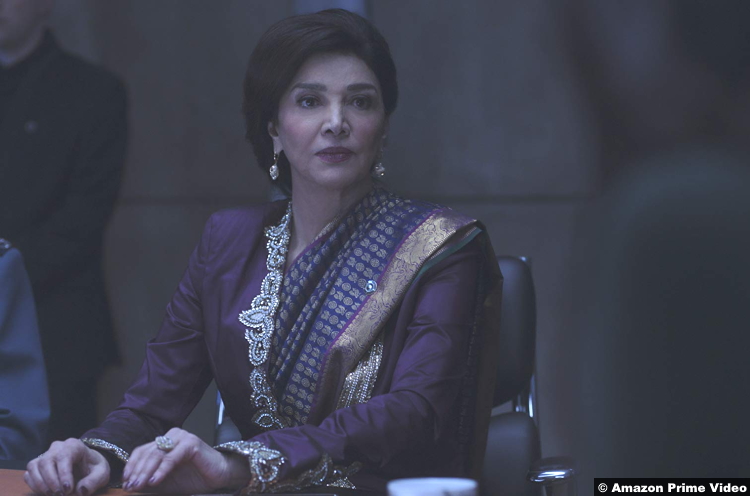 The question behind that one is whether these new worlds should be embraced for the opportunities they’ll provide, or feared for what they may contain. Avasarala knows enough to be fearful of anything she doesn’t understand, but Gao thinks the Ring will provide a lot of people with nowhere to go with a fresh start. It’s a compelling argument, although I suspect that Avasarala’s hesitance may prove to be warranted.

Bobbie becomes even more embroiled in the world of Martian crime as she’s forced to assist her nephew’s boss as he steals from the docks where she works. Instead of owing these crime lords indefinitely, though, Bobbie is given a pitch to join them. She certainly has the skillset for the work, but she doesn’t want to consider herself a criminal. Still, Mars hasn’t exactly been kind to her, and the theft isn’t hurting anyone. With the Ring opening new worlds, Mars isn’t the last frontier anymore, and they’re no longer preparing for conflict with Earth like they once were. All of the equipment that was once designed for war is just waiting to be scrapped, unless someone comes along to give it a new lease on life. 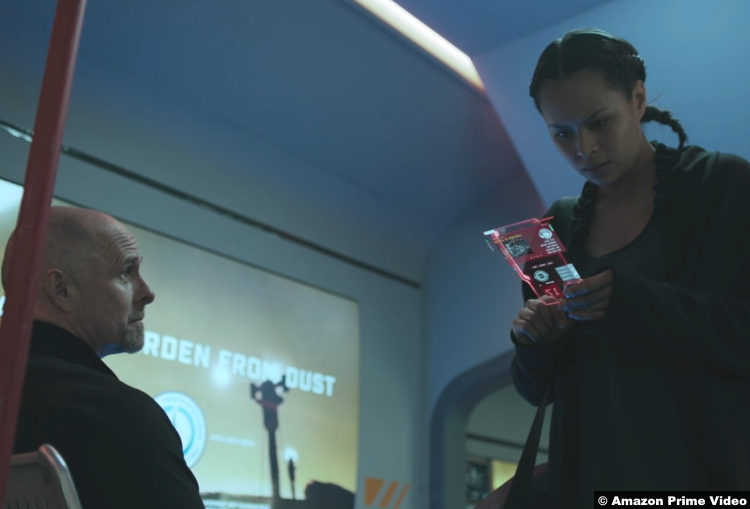 We’re left with Bobbie considering a life of crime, something you would never have guessed that character would do. Given her current circumstances, though, and the way that Mars has treated her, it’s easy to see how the planet she once loved and was willing to defend at all costs could begin to mean nothing to her. Why shouldn’t she look out for herself if no one else is going to? It’ll be interesting to see how Bobbie’s story, in particular, connects to the larger story that this season is telling. All of these things may feel separate now, but they won’t be that way for long.

7/10 — In “Subduction,” The Expanse proves that even when it’s working to set up bigger payoffs that are likely to come down the road, it still knows how to tell compelling stories that move each of our characters toward new understanding.