The Expanse S04E10 Review: Cibola Burn – We go out singing…

After the frenetic, action-oriented pace of The Expanse’s ninth episode, the tenth installment offers a much quieter, more contemplative affair. Several plot strands are set up for the next season, and we also say goodbye to a character who has defined much of the show’s last two seasons. In Cibola Burn, the focus is squarely on the fights to come.

We should probably start near the end, with the death of David Straithairn’s Ashford at the hands of Marcos Inaros. Inaros is the one major element from this season that doesn’t get any resolution, so I’d imagine he’ll be a big player in the next season. We now know that he’s planning to send an asteroid hurtling toward Earth, and it seems like many of our characters have cause to be concerned about that.

Before he can do that, though, Ashford tries to get in his way, and he almost succeeds. He boards Inaros’s ship and finds him unarmed. The only issue — Ashford didn’t count on the presence of Inaros’s son Filip, whose mother is Naomi. That’s another plot element that will likely be crucial to the show’s fifth season. Naomi spent much of her time this year aboard the Roci trying to solve one problem after another. Now, she’s got to reckon with the person she used to be.

Ashford’s last moments honor the man he was, and also show us who he’s become. We get a perfect distillation of his philosophy in a conversation he has with a Martian prisoner on board his ship. Violence has consequences beyond the immediate act. It’s indiscriminate, and it’s the best way to increase chaos and suffering wherever humanity goes. Ashford used to be angry and violent, like Marco. Now, he knows better, and it costs him his life. 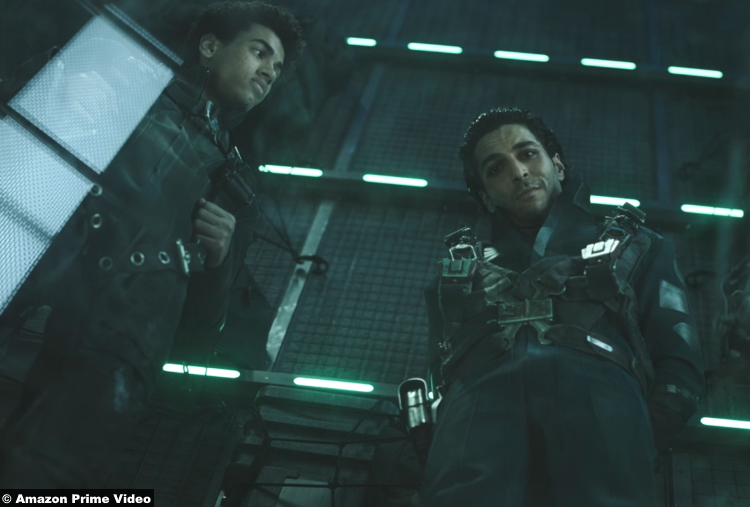 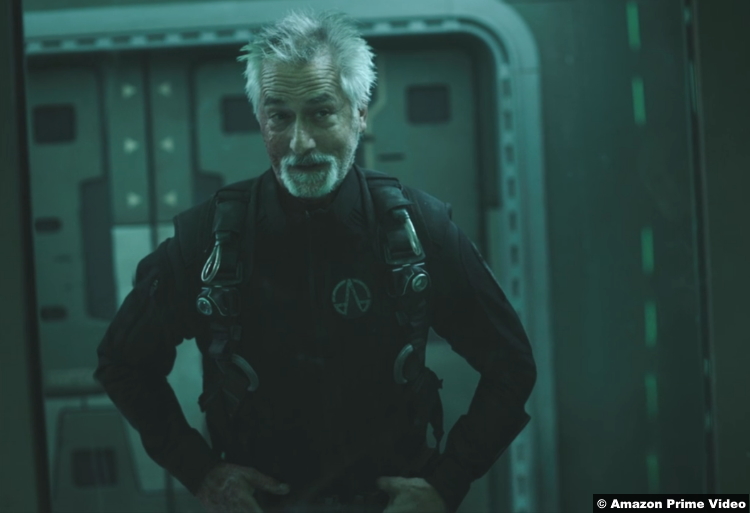 On Ilus, things mostly end happily ever after. Amos even gets the chance to beat Murtry within an inch of his life, which is an opportunity he obviously relishes. Holden has reported back to Aversarala on the status of Ilus, and Lucia gets to reunite with her husband instead of facing trial. Murtry, on the other hand, is aboard the Roci as a prisoner. Strangely, though, there are no consequences for the rest of the Edward Israel crew for firing a bomb at the Roci. I guess they presume that Murtry was the only bad actor in the bunch. 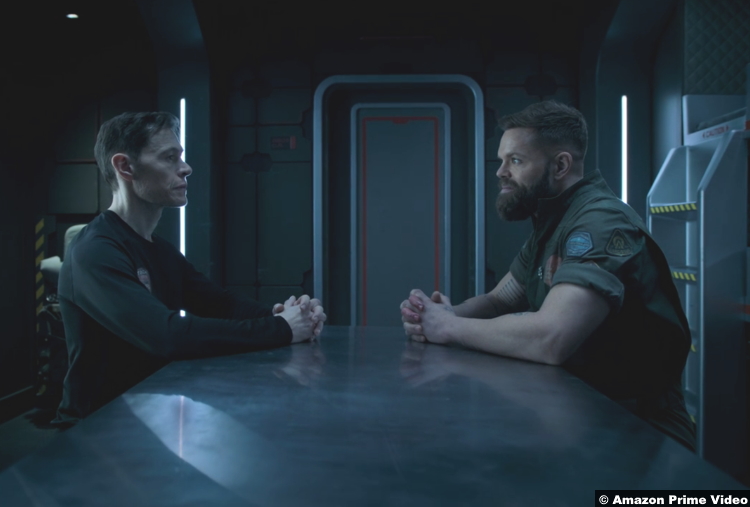 The Belters and the RCE crew stay behind to rebuild together and seem to be happy to do so in relative harmony with one another. Next season, the Roci’s focus will likely be on the OPA, and Marcos more specifically.

Avasarala finally hears from Holden, but the news comes on the eve of her loss to Gao in the general election. For Avasarala, this loss leaves her life a fairly hollow form of what it used to be. Her video message to Gao is a reminder that your whole life cannot be politics. If it is, your life will mean nothing when it’s gone. 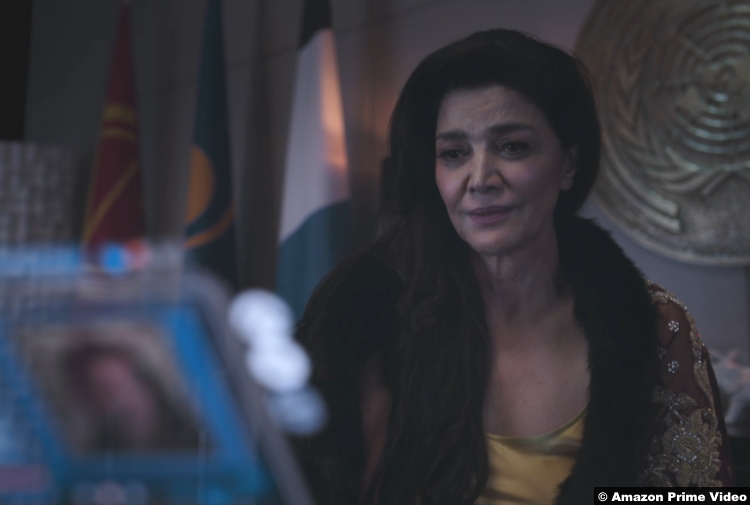 Thankfully, Bobbie has a request for Avasarala, one that’s directly tied into the Inaros’s overarching plan. On Mars, Bobbie gets to be an action hero after she discovers that Esai and his crew have been set up. Soon after, she realizes that there’s a conspiracy at the highest levels of the Martian military to hand dangerous technology off to OPA terrorists like Inaros.

The sequence where Bobbie saves her team is filmed entirely in a single take, and that only adds to its visceral thrills. It’s a reminder that both Bobbie and Frankie Adams, the actress playing her, are talented physically. Adams performs her stunts beautifully, and it’s in moments like this that Bobbie seems to really come alive. She needs the purpose of a mission, and that’s exactly what this newly uncovered conspiracy gives her. “At least now I have something to do,” she says. 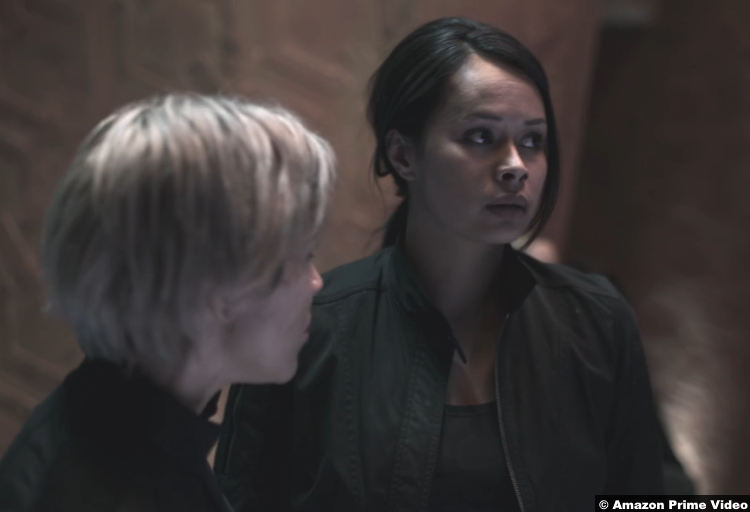 Bobbie and Avasarala have spent almost the entirety of this season totally disconnected from the rest of the cast. It seems likely that that won’t be the case moving into the fifth season. Season four’s main focus was on Ilus, but it set up plenty of stories that it plans to emphasize as the show moves into its fifth season, and that includes Bobbie and Avasarala reuniting with the crew of the Roci. At least, that’s the hope.

Philosophically, this season of The Expanse was really about the perils and consequences of violence. A single crashed ship singlehandedly creates the entire conflict on Ilus, and Marcos Inaros’s whole goal is to create enough chaos to justify open war.

Ashford’s understanding of violence’s unforeseen consequences feels particularly prescient as the show heads into a new season. It may be a way to achieve your goals, but it leaves unpredictable suffering in its wake. Death leads to vengeance, which only leads to more death and more vengeance. On and on it goes. 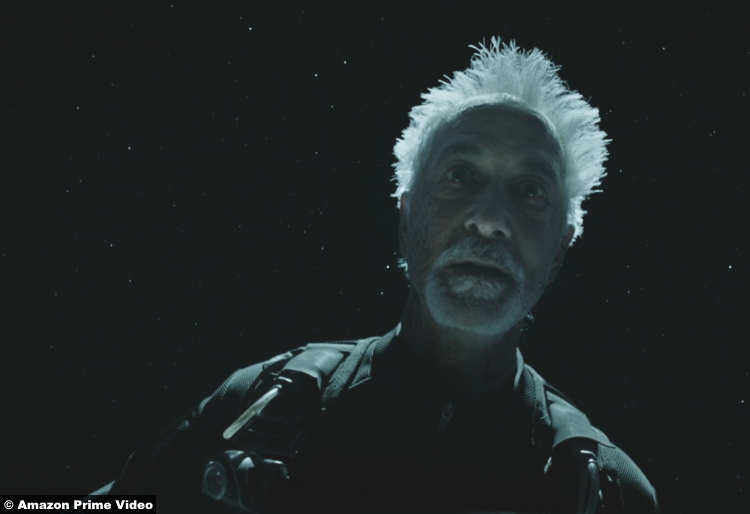 Whatever comes next for the show, it’s clear that The Expanse’s move to Amazon hasn’t done anything to clip its wings. With a newly expanded budget, the show felt more cinematic than ever this year, and though its various characters remained more disconnected than they’ve been in the past, the show still knows how to thread each of its stories together into something compelling from week to week.

The Expanse is not perfect TV, and it’s also not particularly high-brow. What it is, though, is very much needed in today’s TV landscape. It’s smart, carefully executed science fiction that doesn’t need to be anything more than that. Good genre storytelling is a feat in and of itself.

9/10 — The Expanse’s season finale smartly wraps up many of the main threads that have dominated the season, even as it leaves plenty of material to be explored in the years ahead.