The Expanse S04E09 Review: Saeculum – One of the season’s very best episodes

The Expanse knows how to orchestrate a payoff. That’s one of the things that makes it such a worthwhile show. All interesting, serialized TV knows how to build toward a climax that makes the entire season feel better in retrospect. With Saeculum the ninth episode in the show’s fourth season, The Expanse has started to deliver on the promise of the season’s first eight episodes.

This installment is set entirely on Ilus and its atmosphere, and that gives us plenty of time to start getting some of the payoffs that the show has been carefully setting up. With Miller’s return, Holden once again gets wrapped up in a quest to help him. What he realizes, though, is that the Miller he had been talking to was being controlled by the protomolecule. This Miller, the one without a hat, is much closer to the Miller that Holden knew while he was alive. 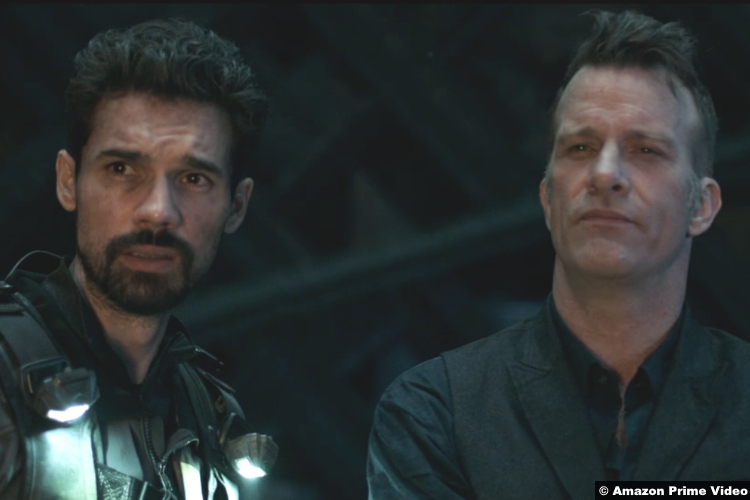 Miller wants to activate a bomb that will hopefully turn off all of the planet’s ancient technology. It’s a suicide mission for Miller, but one he’s more than happy to partake in. The life he’s living inside Holden’s skull isn’t really a life anyway.

The details of how Miller plans to detonate the bomb are among the headiest science fiction the show’s ever produced. By the end of the episode, Miller has inhabited a bunch of scrap metal and is being slowly guided toward a big golden hole in the middle of a room deep in the belly of the planet. It’s not exactly the easiest thing to wrap your head around. 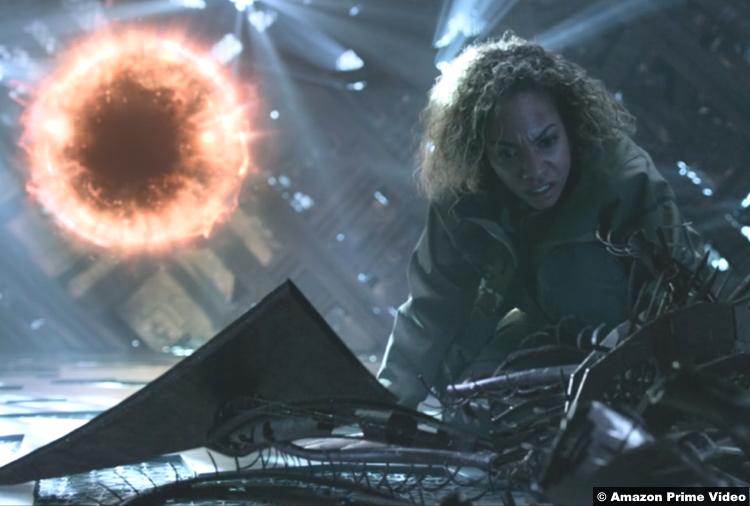 We don’t get to see what happens when Okoye finally gets Miller through that hole — we’ll have to wait until the next episode for that. Even so, this is The Expanse delivering pure science fiction. It all looks and feels slightly deranged, but it works because we’ve been with these characters as things have gotten more and more insane.

Miller’s plan to blow up the planet’s technology also involves diving deep into the center of the structure that Holden and company are trapped inside. There is a strange purple barrier and a dramatic, narrow walkway, and mostly there’s a feeling that the show’s creators are once again taking advantage of the bigger budget that being on Amazon gives them. 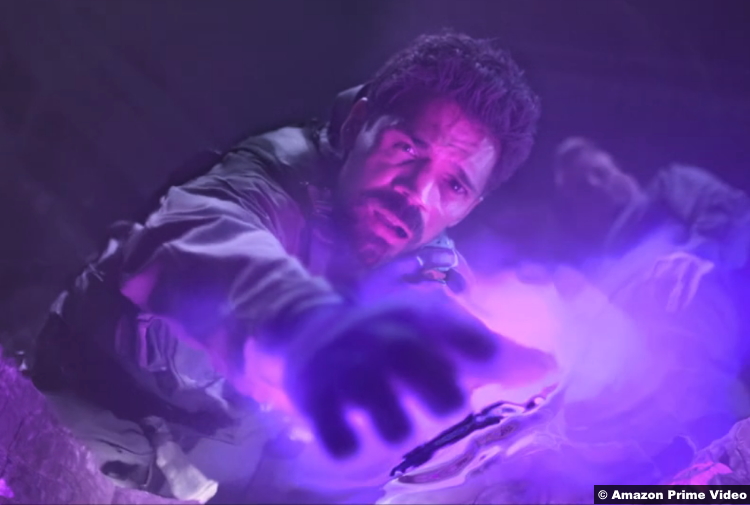 Even as Miller and Holden travel toward the center of the planet, they’re tailed, first by Murtry and Wei, and then by Amos and Okoye. Before he sets about killing Holden, though, Murtry sets his other plan in motion. He sends his homemade bomb to take out the Rocinante. Thankfully, Alex gets tipped off with enough warning to blast the thing before it hits them, but it only further complicates their plans to keep the Barbipicolla in orbit above Ilus. 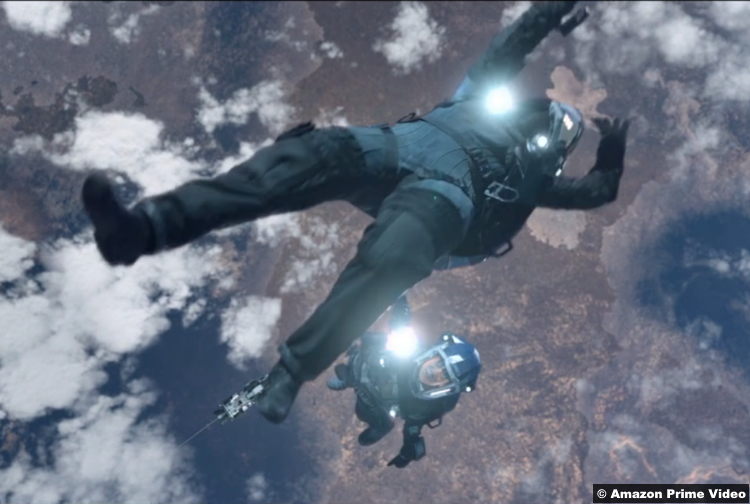 At the end of Saeculum, we still don’t have a full picture of how the Roci is going to survive, although Miller hopes that turning off the planet’s technology will also allow all of the ships to activate their fusion drives again. For now, they’re just doing what they can to stay alive. If they make it through, they’re going to have some things to say about Murtry and the RCE crew. 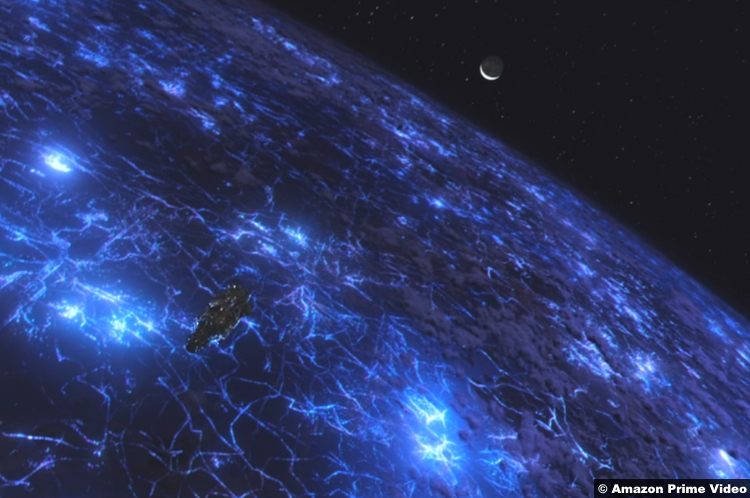 Things finally come to a head between Amos and Wei as well. Their romance was sweet, at times, but Wei fundamentally misunderstands who Amos is. She thinks he’s a killer, someone who does what he’s told because he’s going to get paid at the end. That may have been true once, but now he’s got a crew, and he’s as loyal to Holden as he’s ever been. Amos is going after Holden, even if he has to go through her. He shoots her down, and Murtry shoots off a couple of his fingers almost immediately. 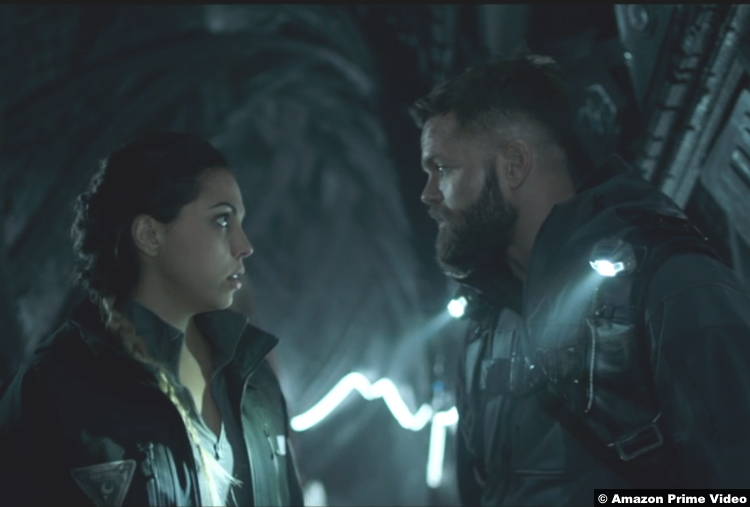 Amos gets shot all the time, so he’s probably fine, but there was something especially visceral about seeing him lose part of his hand. It was grotesque in a way the show never was in its earlier seasons.

Then, Murtry goes to track Holden down and gives what may be his final villain monologue. It’s actually fairly compelling. This whole season of The Expanse has been about colonization, and about whether the laws of civilization apply in the wilderness of new worlds. Murtry sees himself as a character out of the old West. He’s the Al Swearengen to Holden’s Seth Bullock. Murtry thinks you need men like him in the early part of colonization — men who are happy to make the hard choices that no one else will. 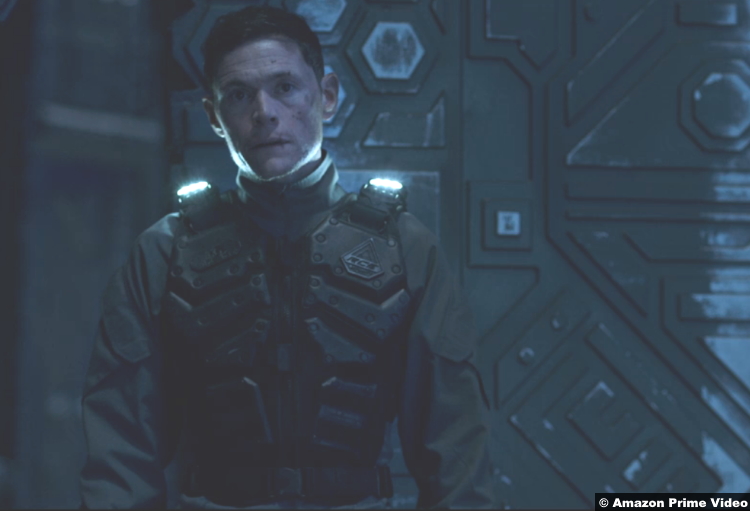 Holden is supposed to come later, after Murtry’s already established civilization. The best thing about Murtry’s monologue, though, is that Holden doesn’t even pretend to engage. He just tells him to put his gun down and come quietly. Murtry doesn’t, of course, and the two of them wind up having an old-fashioned duel. Holden comes out on top but not unscathed, and promises that Murtry will face justice for his crimes. It may have been a mistake for Holden not to finish him off when he had the chance.

The Expanse brings all of the conflicts that have been brewing on Ilus all season long to a head. It’s a ninth episode that suggests that the tenth will have a much broader focus. It’s also likely to establish a new status quo as we prepare for the show’s next season. This week was the climax, but next episode, we have to take some time to tie off the rest of this season’s loose threads.

10/10 — The Expanse does sustained set-pieces better than almost any other show on TV, and Saeculum is one extended thrill ride. With new sets, heady science fiction, and plenty of human drama as well, it’s one of the season’s very best episodes.