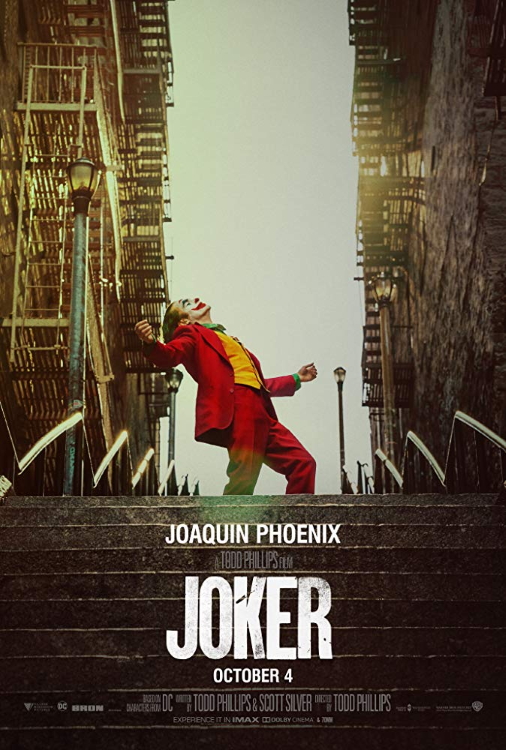 There may not be another movie more controversial this year than Warner Bros.’ twisted, non-canonical take on the origins of comicdom’s most infamous villain. Joker releases this weekend, the brainchild of three entities:

Second is Todd Phillips, the director and co-writer who conceived exactly the kind of movie this was. He is the auteur here. More on that in a bit.

Finally, there’s Joaquin Phoenix, who, merely by signing-on to the movie took the project from what most were calling a waste of time to something that everyone knew they would need to see. Phoenix is choosy with his material and when he has the opportunity to transform into a role, few can disappear into it quite like him.

It took those three to make this movie, the way this movie is, possible in the first place. Disney could never have greenlit a movie like this. Do you think Disney would ever release a hard-R film to wide theatrical distribution based on someone like Victor Von Doom?  Warners alone would have done this because were the only ones (A) desperate enough, and (B) unconcerned with “comic purity” to attempt it.

As for Todd Phillips, the director has made waves during release-week, offering his opinion on the so-called “woke” culture and what it has done to “comedies.” He seems to think that there was no way to make a movie about the “Joker” as if it was a comedy film. Why you would do that in the first place, I dunno, but that’s what he said. Phillips says his movie had to be a drama, with lots of violence and a bleak overtone because the world we live in today can’t accept comedy. That’s his assessment. Having now seen the movie, his words feel more reactionary and retroactive-justifying as opposed to a writer-director letting us into the creative process. His words and this movie don’t jive. More on that in a bit.

Let’s address the movie’s place as a “DC” property, first.

It’s very interesting to read so much of the reaction to this movie from a comic’s perspective. Many are adamantly against the movie on principle, regardless of whether it is good, because they reject the idea that the Joker’s “origin” story should ever be told. These fans can be broken into two camps. On the one hand are the people who only know of the Joker as Heath Ledger in the Chris Nolan film. That Joker had no origin and it suited that version of the character perfectly. That Joker was a force of nature. He was a one-man hurricane of chaos and arbitrary anarchy. He wasn’t a reaction to something; he was the cause.

This Joker is not that. This Joker is very much the result of something; of many little terrible things, actually. 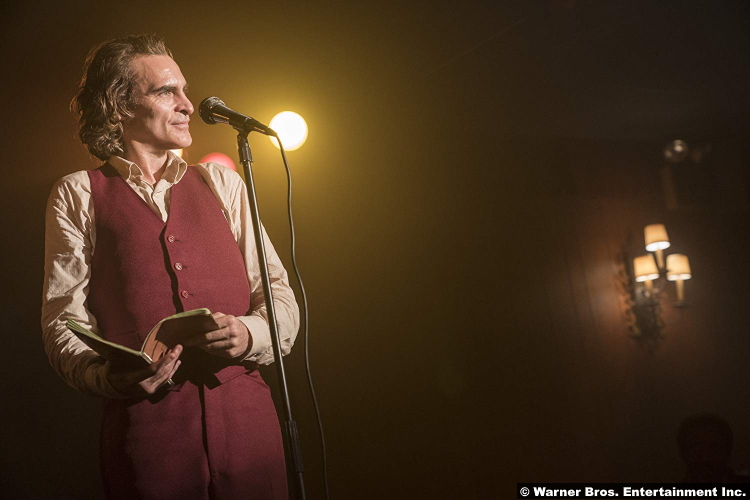 On the other hand are those fans who know the comic history of the character well enough to know he’s a man of mystery whose present actions are more important than what caused him to go bananas. They see a movie touting the “origins” of the Joker and think it an affront to the character. On the contrary, the seminal comic story about Joker is Alan Moore’s “The Killing Joke” which presents the reader with the origin of the Joker. In the story, he’s a failed stand-up comic named “Joe Kerr” who turns to crime to make money and ends up dropped in a vat of chemicals, which bleach his skin, dye his hair, and scramble his brain. By the end of the story, however, we learn that the story of Joe Kerr is just one of the hundreds swimming around the Joker’s ruined mind. As he says, he prefers his origin story to be “multiple choice.”

Consider this movie just one of those many, multiple, choices.

There’s also the way that the Killing Joke presents the idea that anyone could become what Joker is; all they need is “one bad day.” This movie is basically about how a series of horrible circumstances can push a man to his breaking point until he steps into another mental-reality entirely.

Nevertheless, the movie still fashions itself as a “prequel” of sorts, and in that case, it shines. Too often prequel movies suffer from a formula much the same way music biopics do. There’s a check-list that the audience is expecting so the movie is compelled to check those boxes. Where did Han Solo get his name? That was a box that needed checking. Where did Magneto get his neato helmet? That was a question that apparently needed answering. And so on.

In this movie, we don’t get a montage featuring Joker trying on different suits until he finds the right one. There is no corny exchange between him and another character: “What about purple?” – “Nah, it’s too soon for that.” or something stupid like that. This movie doesn’t really care about the comics, in a good way. In fact, you could change just a few key names, including the title, and this could have been passed off as a bizarre Taxi Driver meets The Kings of Comedy drama film. 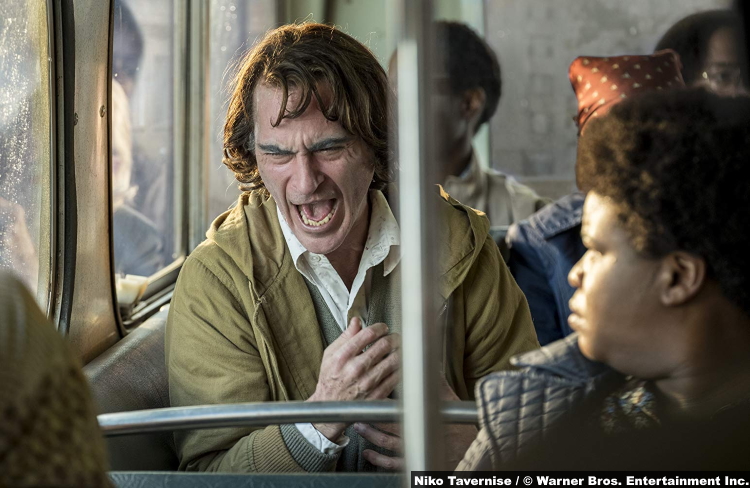 The film is an acting tour de force, and the writing is superb. In isolation, some scenes are marvelously directed, especially the entire third act. That being said, I have a legitimate problem with the movie, and that’s in the fact that there is no one to root for. There is no hero. Even in movies where the villain wins and the hero loses, there’s still a hero to experience that defeat alongside.

No one is good in Joker.

Now, you might say “that’s the point. You’re supposed to sit there and be horrified and leave feeling lousy. You’re not supposed to root for the Joker; you’re supposed to understand how this crappy world could have made him into what he is.” Okay, I get that in theory but not in actuality, because in actuality the movie does want me to root for Joker. When he steps out of the elevator at the beginning of Act Three, dressed for the first time in full regalia, the music is headbanging. It’s like a scene from Oceans 11 except it’s in the middle of a brutal film about a mentally-broken murderer.

The movie doesn’t know what it wants me to do with Joker. Should I cheer him on? Surely not. Should I be disgusted? If so then don’t give me “woo hoo!” music. That’s my one major criticism with the movie. I can handle the violence and understand what was done and why; my issue is strictly with the way the director stitched those individual, incredible, scenes together.

This has been a very negative review, but it’s not meant to be. There are major spoilers I didn’t want to get into so I could only talk about the overall impressions. It just so happened that in this case, the overall presentation of the film was missing a key piece. Other than that, the film is remarkable.

It’s strange to criticize the directing and praise the writing, when it’s the same guy who did both, but the writing itself is extraordinary. There are no fewer than three occasions where the story seems to be leading you toward a perfectly understandable and fitting moment, only to swerve and do something else instead. Lots of movies do this, but few can make where the swerve went feel like the true right way to go. Joker does this repeatedly.

It is shocking, but never cheap. 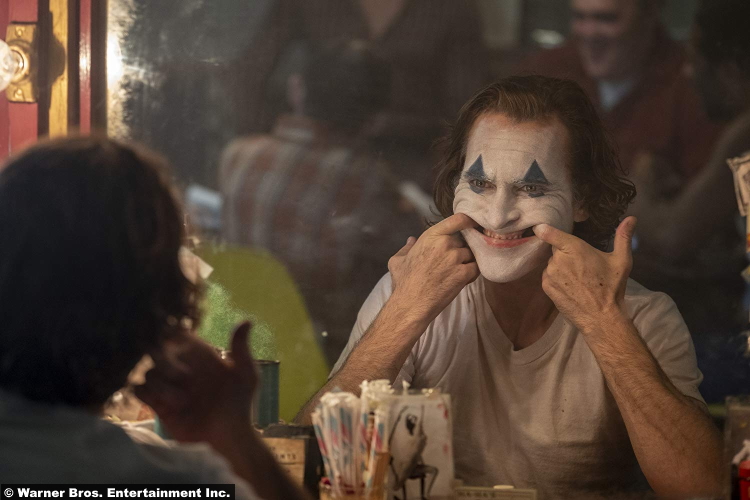 I’ve had a lot of time to think about this movie and I still can’t really decide what score to give it. Everything I loved, I was also disturbed by; that happens in movies and that’s okay, but this time the director seemed to be egging me on, reveling in my displeasure, wishing for me to enjoy it more than I ever might want to. Usually, when I see a movie that brings out so much conflict, I just see it again in order for the picture to come into better focus.

In this case, I really don’t want to. It’s like Hereditary in that respect; thank you for this movie, it was very good for what it was (save one overall problem) but I don’t ever want to watch it again. And that’s okay; there are lots of movies that don’t want you to like them; movies that you’re supposed to walk away shaking your head at. This one certainly fits the bill: It was dark, demented, disturbing, and while I could not look away, I wasn’t particularly happy with what I was seeing or with the way it was showing it to me.

In other words, it was Joker. 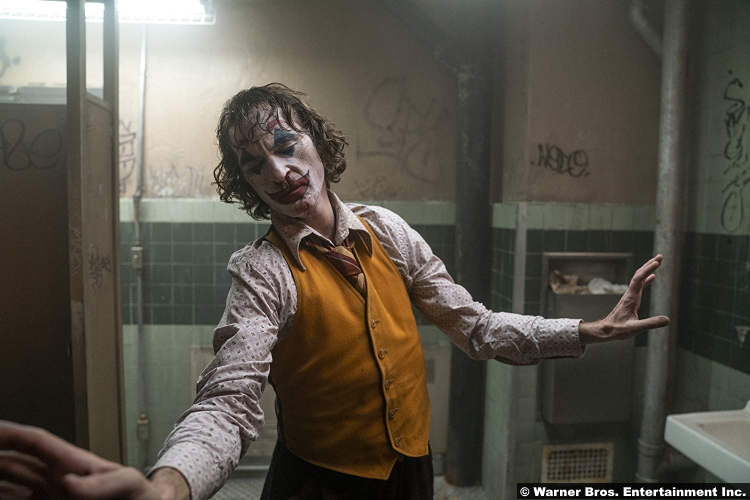 9/10 – My complaint about the direction is a technical flaw large enough that it can’t be overlooked in the score. As a story, as an acting showcase, as a work of cinematography, I can’t praise the film enough.

I only wish it didn’t seem to want me to like it as much as it did.