Back in episode 3, Charlie Manx stopped into a hospital to visit Jolene, another Strong Creative. Although it was obvious at the time that he already knew her, it was less clear just how well they were acquainted. It turns out they were pretty close.

In fact, as we see in a flashback to 1954 Massachusetts, they were rather sweet on each other. Jolene (played as a young woman by Morgan Lindholm) was a carhop–convenient since her “knife,” her tool to access her inscape, is a pair of roller skates–and young Charlie was a nightmare. My, how things have changed.

It seems that Charlie, styled with a quiff that makes him look like Robbie Rotten from Lazytown, was giving Jolene the same song-and-dance he gave to Vic–come to Christmasland and be the mother to my feral demon babies! However, Jolene had been using her inscape to follow him around and had found out that he’d been lying about his movements. She doesn’t know exactly what he’s up to, but she knows she wants no part of it, even (especially?) when he proposes.

So, he does the most Charlie Manx thing possible and tries to mow her down with the Wraith. Luckily for her, she can use her inscape to escape. Other people, we know, have not been so lucky. 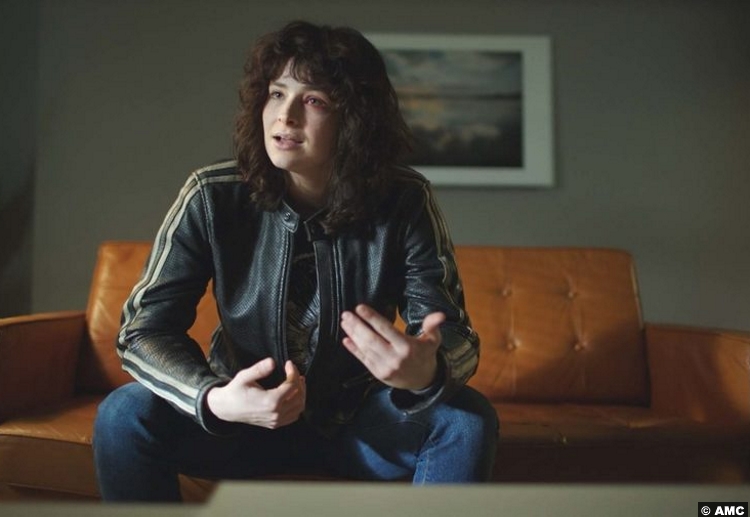 That, of course, refers to Maggie, whose health is Vic’s primary concern. Her therapist, Dr. Janes (Bruce Altman), has other concerns, though. He seems to think she’s delusional, a state may be brought on by the violence she’s seen her father inflict and that she’s taken from her mom. She doesn’t want to see herself or her mom as victims, which is understandable. But she is delusional in a way. She’s had a blind spot where her dad is concerned. She defends his violent outbursts as anomalies, provoked by the odd bender or by her mom’s existence. But it’s Linda who brings her clean clothes, while Chris is MIA, presumably at a bar.

Haverhill must have only the one hospital, because not only is this the same hospital where Maggie is recuperating, but also Vic’s roommate is Jolene. The older woman is apparently catatonic–dismissed as a paranoid schizophrenic by the staff–but Vic’s presence catalyzes her into speech and into action. She’s lost her roller skates–taken by Manx–but we learn that Strong Creatives don’t have to be tied to a single knife. Vic can use Jolene’s wheelchair as a new knife to access her inscape. 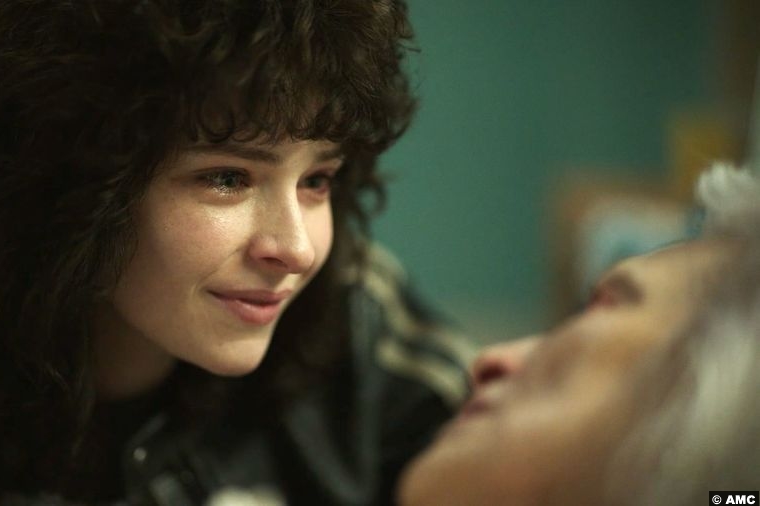 And after years in the hospital, boy, is it a bleak place. It’s kind of a situation room to keep track of Manx’s actions, as it’s papered with MISSING posters. Jolene’s gift is being able to sever the distances between locations, by the way. It’s similar to Vic’s, but she doesn’t have to be looking for something lost. In addition, Jolene’s advanced enough that she can bring someone with her, so she takes Vic with her to take a shot at Manx.

Jolene is able to disable the Wraith, albeit briefly. But it’s enough to force Manx to revert to his real, decrepit state. I’m not sure if that’s winning, though, since he’ll just kidnap some more kids to replenish his youth. But I guess it’s kind of like in mystery novels when detectives hit a dead end and realize they may just have to wait for a killer to strike again, so they have more clues. 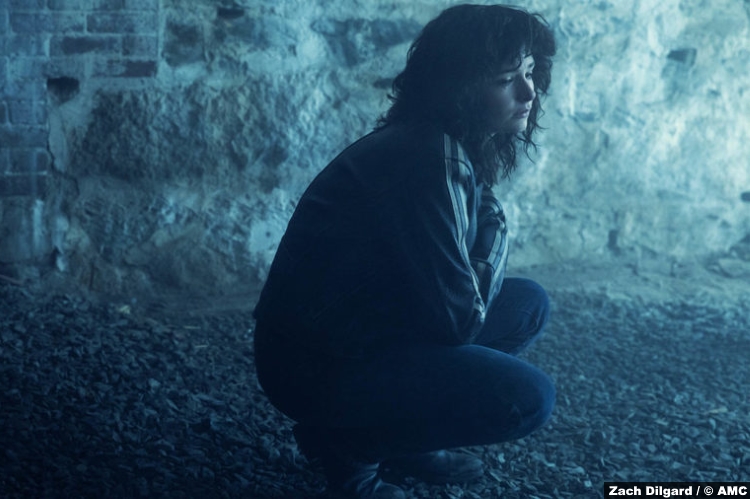 In any case, Vic already has two important clues. First, no one else has seen Christmasland, so Vic doesn’t have to waste her time wondering about that. Second, the key to defeating Manx is the Wraith. Destroy it, and destroy Manx. She’ll have to do it on her own, though.

Jolene is too old and tired to try it again–she’s tried so many times before. But now she knows there’s someone else out there that can carry on the fight, so she can rest. She’s ready to go now.

Also ready to go? A still-battered Maggie. The poles have flipped, as Maggie just wants to go home and forget about all this. Vic, of course, just can’t. But she can play the game like Jolene told her to. So she plays nice with Dr. Janes and she moves back in with her mom and she gets a prescription filled. But as Maggie trashes her Scrabble bag and Vic dumps her pills down the drain, the real game is only beginning. Can she catch Charlie Manx?

8/10 – Watching Charlie’s scenes with Jolene, particularly when he’s trying to cajole her into becoming the Christmasland mom, I couldn’t help but wonder about his motivation. Like, does he just want a wife and a mom there to make it all more conventional, or does he feel something for these women? I’m very curious about that, as well as whether there’s anything that could tempt Vic to stay in Christmasland. Maybe Haley? I don’t think that would be enough, though. She cares about Haley, obviously, but she also has a finely-tuned sense of justice. And maybe she’ll deliver some to Manx soon.