Your SO OF COURSE preview of WWE Fastlane 2019

Your SO OF COURSE preview of WWE Elimination Chamber 2019

Elimination Chamber was a solid show with a few good matches but…honestly I can’t remember more than three things that happened. I remember Kofi pulling a Daniel Bryan, circa Elimination Chamber 2014. I remember the ladies having a good chamber match where the right team won but it wasn’t the team I wanted (swoon). And I remember Becky, Ronda, and Charlotte. Those three matches constituted 2/3rds of the show so I guess I remembered quite a bit.

Now we come to the final PPV before WrestleMania.

‘member when there was the Rumble and then…WrestleMania? Later they added the February PPV and that was fine; it allowed for some last minute deck shuffling before the big dance, but for the longest time we had nothing in March. Mania is usually early April and there was always a big lead-up with slow-burn stories and no PPV to build to other than the biggest show of the year.

Now we have two shows in between the Rumble and Mania and there’s no time to really build a big story. After this month’s PPV we’re only going to have four weeks until Mania. In years past we’d have anywhere from six to ten weeks between shows, with only Raw (and/or SmackDown) to build the stories. Throwing a second PPV on the calendar shrinks the build-up, which in turn makes the build-up less special. I suppose to compensate, WWE uses WrestleMania as the chance to bring back veterans for big matches, but that only creates more problems. 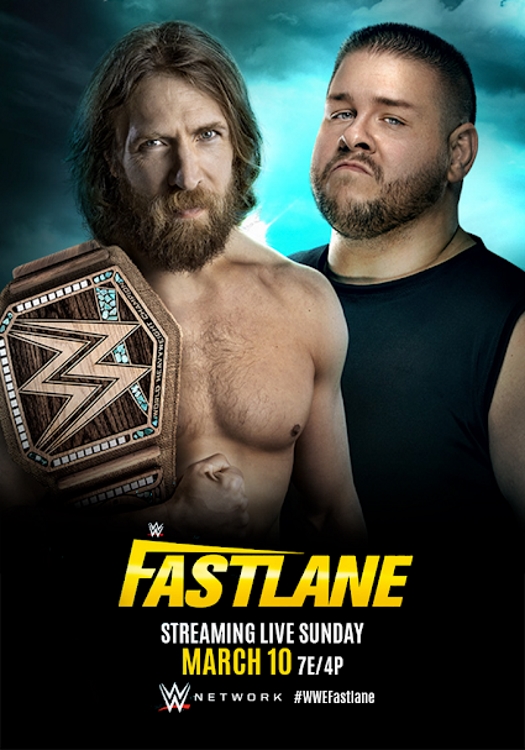 There are eight matches on this card, with one already confirmed for the pre-show (Rey vs Andrade) and another I assume will get bumped to it as well (Asuka vs Mandy Rose). That leaves six matches, four of which are tag bouts. The other two are the co-main-events, giving this card kind of an old school feel where the under and upper cards are clearly defined.

THE USOS vs SHANE & MIZ

What even is this? It’s a running joke that the Usos can never wrestle a team just once; they wrestle a team and then do it again at the next PPV, and then again, and so on. They once wrestled New Day on five straight PPVs.

How will this affect WrestleMania? If Shane or Miz is going to turn on Miz or Shane you’d think it’d happen here. That’s assuming we’re getting Shane vs Miz at WrestleMania.

Care factor on a scale of 1-6, with 6 being the best? 3/6 – The Usos are so good and they juxtapose really well with corny dad Shane and corny babyface Miz. On the other hand, Miz is really good at doing Miz Things in the ring, but Miz Things aren’t earning any awards. Shane is only adequate. I have an interest in seeing if post-match shenanigans happen, but that’s about it.

What should happen? Post-match shenanigans. If we must have a Shane McMahon singles match at Mania, I’m fine letting Miz play the babyface, if only to let him soak in the cheers on the biggest stage for a change. He’s earned that. Let Shane turn on Miz and set up their match, setting the Usos up for their own Mania title defense.

What even is this? It’s the continued push of ones Nia and Tamina. Why, I have no idea. The thirty seconds of heat Nia achieved for being sloppy in the ring and busting Becky Lynch’s face is long past. Tamina might as well be a blow-up doll being controlled like a marionette by Sting from the rafters. Actually, that would make her a better wrestler.

How will this affect WrestleMania? It won’t. The only consolation in this is it means Nia and Tamina are almost certainly not challenging for the titles at Mania.

What should happen? A quick and decisive win setting the stage for a better pair of challengers at the big show. Who? I dunno but as long as it’s not Nia and Tamina, I really don’t care.

What even is this? I don’t know and neither do the WWE writers. I guess Aleister Black and Ricochet are a team now?  Also, Bobby Roode is barely more important than EC3 right now, and Chad Gable is supremely wasted. The Revival are the champs and it feels like when Benoit won the WCW World Heavyweight Championship and still left for the WWF.

How will this affect WrestleMania? It won’t. This is purely to give Black and Ricochet something to do until “creative” figures out what to do with them at WrestleMania (spoiler alert: one will get in a multi-man title match and the other will fart around the Andre Battle Royal).

Care factor on a scale of 1-6, with 6 being the best? 2/6 – At least there’ll be a great clash of styles and the potential for a fun match. Ricochet can fly. Gable can grapple. Black is unlike anything we’ve seen in years, in terms of size+agility. Revivial are outstanding when motivated. Bobby Roode has a fun theme song for live crowds.

THE SHIELD vs JOBBERS

What even is this? Either it’s Dean Ambrose’s swan song or it’s not. Weirdly he’ll be the one I focus on even more than the guy about to challenge for the men’s championship at Mania, or the former-top guy returning after a bout with cancer. How Dean is booked will tell me if he’s re-signed or still planning on leaving.

How will this affect WrestleMania? If Dean is staying, I can see him turning on Roman Reigns, setting up a match at Mania. If he’s leaving I can see nothing of consequence happening and Dean going out on his back in a match with Elias or someone.

Care factor on a scale of 1-6, with 6 being the best? 4/6 – Anytime there’s a Shield match it’s almost impossible not to be interested. They have had huge singles careers, but they’re never not magical when paired up.

What should happen? Dean should turn because he’s the scorpion in the “Scorpion and the Fox/Frog/USS Voyager” parable. Turn him on Roman, re-sign him, feud him with Roman for a few months and build up to a Shield+Lesnar four-way title match at SummerSlam.

What even is this? It’s WrestleMania’s match, bumped up a month because Kofi Kingston has caught fire. Kevin Owens has to get the short end of the stick in this equation since Kofi vs Bryan almost needs to be one-on-one. You can’t put KO in that match because he’d have to play a tweener, which would ruin his comeback as a babyface. So Owens will have to go to limbo until the Spring, making this match mostly inconsequential.

How will this affect WrestleMania? It won’t; Bryan will retain and drop it to Kofi in a historic win.

Care factor on a scale of 1-6, with 6 being the best? 5/6 – Despite it likely not mattering, the match should deliver in spades. I’m looking forward to this a ton, though I temper that expectation a bit since I think they’ll go for a dirty finish to save Owens from eating a loss right after his return. Everything leading up to the finish should be dynamite though.

What should happen? Bryan with a knee, Owens with a near fall, Rowen interferes, Kofi makes the save, and we get a month of tagging until Mania. Owens probably gets Rowen on the big show, akin to Kurt Angle getting stuck with Kane at WrestleMania X8, which would be stupid, obviously. No one wants to see that.

What even is this? It’s the main-event.

How will this affect WrestleMania? Seriously?

Care factor on a scale of 1-6, with 6 being the best? 6/6 – I expect Rousey to interfere, and I won’t even discount the possibility of her causing the match to have no decisive winner, leading to a month of convoluted storytelling in order to get to the triple threat that’s been a foregone conclusion for a month now. That being said, the match should be a barn burner with both ladies recognizing the need to show that they deserve the WrestleMania main-event they’re almost certainly going to get.

What should happen? An NXT-style main-event match. Big moves, crazy near-falls, psychology, references to previous bouts, and a memorable (one way or another) finish.