Every year, for the past four years, on one website or another, I have penned an article discussing the WWE’s problem with Roman Reigns, their misguided attempts to get him over as the top guy, and the months of consternation leading up to WrestleMania and yet another main-event match.

It was not a pleasant series.

This year I won’t get the opportunity and, of course, we wish Roman Reigns all the best as he battles cancer. For all the gripes I had about him as a performer (and that was mostly directed at those in charge of writing his character), I wish him nothing but the best as a husband, father, and man.

That being said, WrestleMania is coming again and this time there’s a new source of consternation: Charlotte Flair.

I don’t know if it’s necessary to recap what’s happened recently with Becky Lynch and her rise to superstardom but I do think it’s important to go back and put things in more of a historical context before WWE starts rewriting their own history, as they are wont to do.

I think, first of all, it needs to be said that no reasonable fan who has been watching WWE for more than, let’s say, two years (I’ve been with it for twenty) honestly thinks this story is going to end in any way other than Becky Lynch raising the title at the end of WrestleMania. Let’s be real here. We’ve seen this story play out with Daniel Bryan as recently as 2014. We’ve seen this story play out with Steve Austin multiple times in the Attitude Era. We know how this is going to end.

No one in their right mind who is angry about Charlotte Flair getting added to the WrestleMania main-event is angry because they think Becky is getting pushed out. That’s not the problem here.

Likewise, no one doubts that Charlotte can add to the match and to the build to the match. Sure, compared to Becky on the mic, she’s not as quick on her feet with improvising or as smooth in her delivery, but she’s good enough and she’s better than Ronda right now. She’s also not as great in the ring as the company tries to act like she is. She’s good for taking some big bumps—that’s commendable—but the little things are still rough around the edges. Credit to her though, she’s only been doing this for six years or so; Becky’s been at it for three times that long. 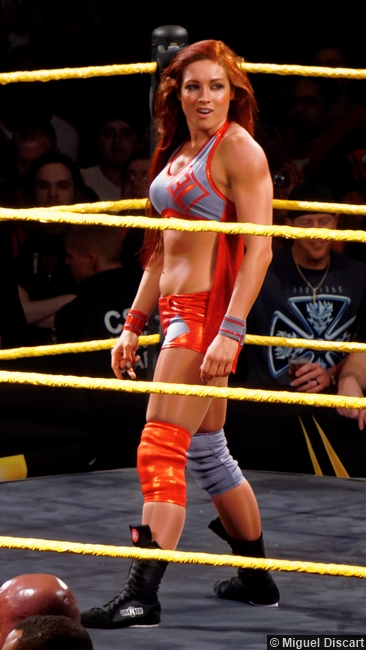 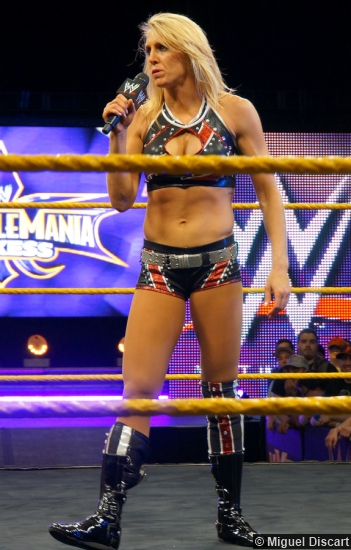 If I wanted to be mean I could say Flair is good for holding out her arms and looking smug with a peacock-themed robe before jumping off the top rope into some people waiting to catch her…but she looks good doing it and her name is famous so there you go.

But I won’t say that. That would be mean.

All I’m saying is it’s obvious why she’s being added to the match. No one is complaining the way they would if it was a genuine no-talent like Brie Bella or a charisma black hole like Natalya being added. That’s not the problem here.

The problem here is about how wrestling fans are an uptight bunch who have followed this product for decades with scant few moments of true euphoria to show for it. As a result, when something genuinely great catches on, fans spend more time being anxious about how Vince will screw it up than they do enjoying the ride.

Some of us have developed a whole series around Vince’s penchant for screwing things up.

And to be fair to those fans, the list of times when something good was ruined is far longer than the list of times things went to perfection. For every “Daniel Bryan at WrestleMania 30” storyline there are five “Summer of Punk” storylines in response. The problem with Charlotte Flair, as I said, needs some historical context to fully appreciate it. And you don’t have to go far in history to see it.

In fact, I wrote about this last summer, just before (and I mean days before) Beckymania really caught fire…

To quote the relevant portions of the above article…

And then there’s Charlotte. When the four horsewomen (Sasha, Bayley, Charlotte, Becky) debuted on the main-roster, it was pretty obvious right off the bat which one Vince had his eye on pushing as the new face of the new women’s division. Even though Charlotte was, of the four, probably the third-best worker (behind Becky and Sasha) and the third-best talker (behind Sasha and Becky), and the fourth-best in terms of fan support (behind Sasha, Becky and Bayley), it was Charlotte who got the big push right out of the gate. It reminded me of when the Radicalz (Benoit, Guerrero, Malenko and Saturn) jumped ship from WCW to WWF. It was quickly apparent who was the top guy (Benoit got the immediate PPV title shot), who was the mid-card anchor (Eddie bounced around the mid-card titles right off the bat) and who were the after-thoughts (Malenko piddled in the Light-Heavyweight division while Saturn…courted a mop?). WWE (read: Vince) can get tunnel-vision to his detriment.

And then there’s Charlotte. Let’s try and follow the WWE storytelling train of thought: Becky Lynch works her tail off week in and week out and despite “creative having nothing for her” for years now, she has remained popular due to sheer talent and charisma. Finally, after all her hard work, she gets a title shot on the second biggest show of the year. It’s her first really big spotlight match since 2016 when she won the SmackDown women’s title.

And then what happens? Charlotte—the babyface—waltzes in and is gifted a spot in the title match. Not only that but, in the match, Becky has her opponent dead to rights and moments away from winning when Charlotte jumps in, hits a sneak-attack finisher from behind, takes Becky out and steals the pin and title.

And we’re supposed to cheer Charlotte?

Mind you, the line about Charlotte being gifted a spot in the title match is in reference to SummerSlam. Obviously the story they were telling was meant to get Becky over as major heel challenger for the Autumn months, but do you see how backward and misguided that is? Why would we boo Becky when she was the one who got robbed? Why would we cheer Charlotte when she was the one who horned her way in? 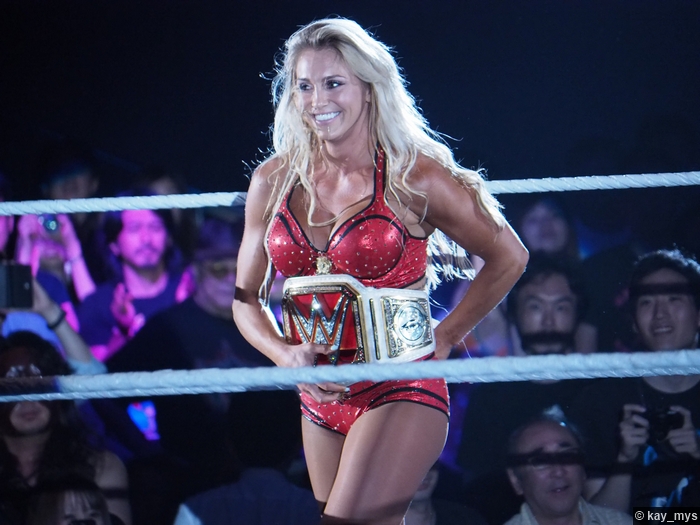 And that’s only looking at it from a storytelling perspective. To go deeper you have to wonder why would the fans, who have followed Becky for years while she toiled in relative obscurity, be mad to see her snap after having an opportunity taken from her? Why would fans NOT boo Charlotte as a result when she has been given opportunity after opportunity, despite never connecting with the audience as well as Becky even when Becky was basically a jobber to the stars? Charlotte is the obvious hand-picked person to lead the women’s division and that annoys fans because she’s not the figure they love the most. When Austin was hand-picked to carry the WWF no one minded because the fans loved Austin. 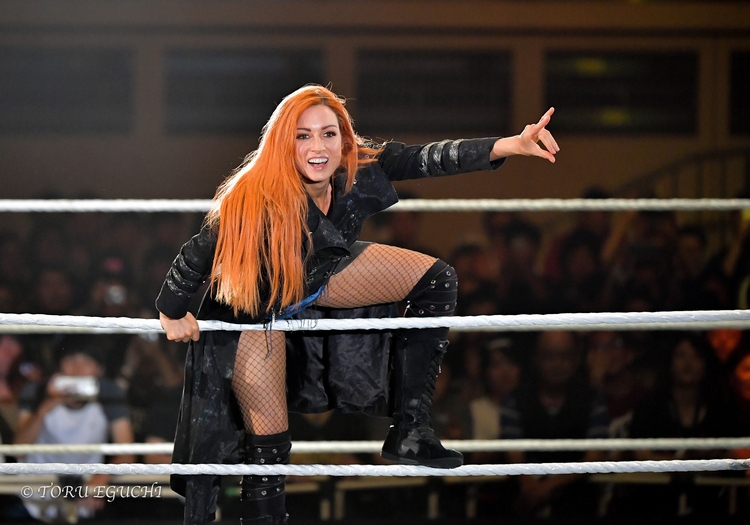 But for the past few years (minimum) we’ve had to contend with: Fans want A, Vince gives fans B. There’s a frustration and presumption of disappointment that permeates the fan base today. We’ve been burned too many times lately to think Vince will actually give us what we want. So when we want A (Becky vs Ronda) and we get B (Becky vs Ronda…vs Charlotte!) it’s just a reminder that what Vince really wants (B) is what we’re eventually going to get. It’s just a matter of time.

That’s the frustration. That’s the problem with Charlotte Flair. It has little to do with her. On a technical level is there any net-negative to adding Charlotte Flair to the WrestleMania main-event? No. She’ll help both the build and the match itself if only because she’ll help the still-green Ronda Rousey not have to carry half the load on those fronts. That’s not the problem. Charlotte isn’t the problem; she’s a symptom of the problem.

The problem is Vince McMahon.

This is all just an extension of the fans’ frustration with Vince McMahon not listening to the people who (to increasingly smaller margins) actually watch his product.