Five years ago, The LEGO Movie surprised everyone simply by being good. The premise had all the hallmarks of a boring “toy company cash-in movie” with little reason to be excited about it: The film was released by an upstart division of Warner Bros, directed by a pair best known for the 21 Jump Street reboot, and starred a toy brand that, while it may have had enduring popularity, it also had nothing around which to build a plot.

But the film exceeded all expectations. It put the Warner’s Animation Group on the map, turned Phil Lord and Christopher Miller into must-hire names in Hollywood, and told a story that was equal parts funny and, in the film’s climax, remarkably poignant. I mean, I don’t know about you but I cried. I’m a dad who played with toys as a youngster and now I have children who play with toys—some of them my old favorites—so that ending was a punch right to the heart.

A sequel ought to have been a no-brainer, and apparently it was greenlit as soon as the movie premiered. The surprise success of Will Arnett’s LEGO Batman delayed things so he could star in his own movie, and Lord and Miller’s jump (initially) to bigger Hollywood projects stalled things even further, but now it’s finally here. Five long years after the original, The LEGO Movie 2 releases with everything the original lacked: High expectations ahead of it, a hit-making studio behind it, a pair of beloved writers in charge of it, and the same mixture of humor and feels flowing through it. 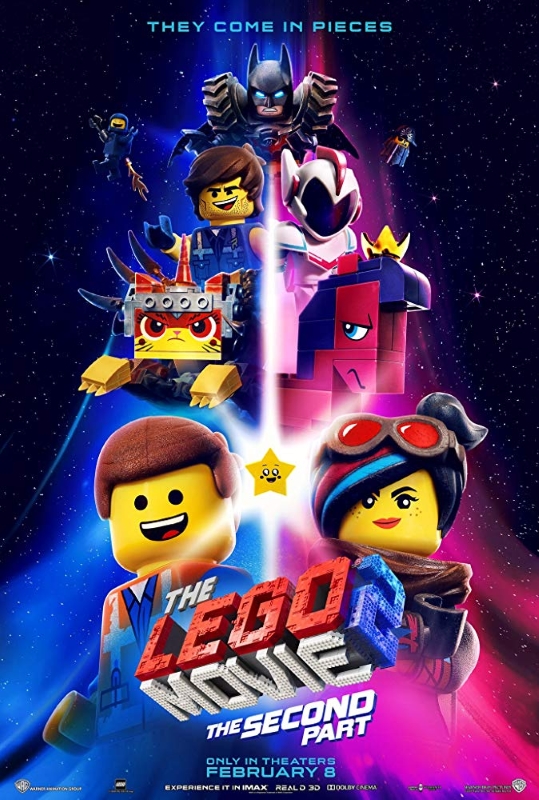 Despite every reason to be confident, I approached the film with some worry that it would fail to live up to the first. There are two very specific things that made the original so delightful: First was the twist ending, which zoomed out of the action to reveal everything happening was merely the imagination of a boy and his dad. Second was the 100% commitment to the animation style that mimicked those homemade videos of kids playing with their LEGOs in a stop-motion environment. It would have been so easy to make a cheap, generic CGI-cookie cutter movie staring yellow people with blocks for heads, but instead, they went all out. Embracing the fact that “LEGOs” have no plot to build a story around, Warner’s Animation Group made “the LEGO look” into an art style to tell any story with.

The magic of those two novelties can’t just be recreated, so how can the sequel live up to the original? How can it release after five years of hype and not disappoint? 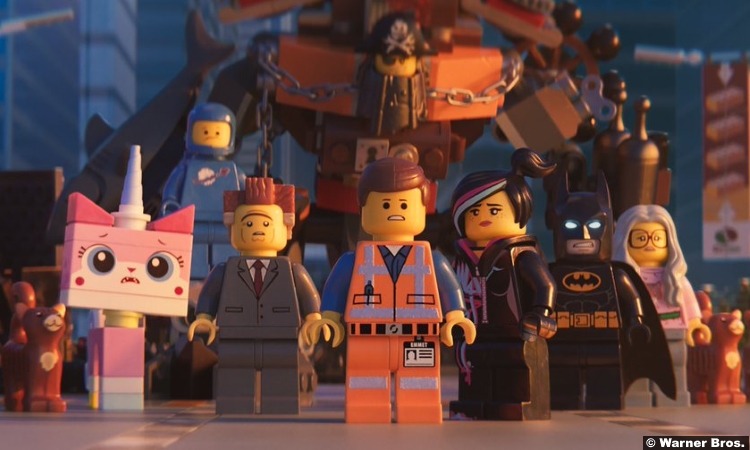 Amazingly, Lord and Miller managed to do the impossible. Despite major factors working against them, they came back with a LEGO Movie sequel that, while not surpassing the original, at least inches close to it as an “awesome” movie in its own right.

How did they do it?

For one thing, they didn’t try to reinvent the wheel when it comes to the movie’s animation style. There’s no need to fix what wasn’t broken and the LEGO art style is certainly not broken. It’s equal parts mesmerizing in its complexity and charming in its simplicity. The LEGO Ninjago movie may have disappointed at the Box Office, but the fault there was with a franchise that lacked mainstream appeal. There’s nothing wrong with the art style as long as you have a story worth telling. 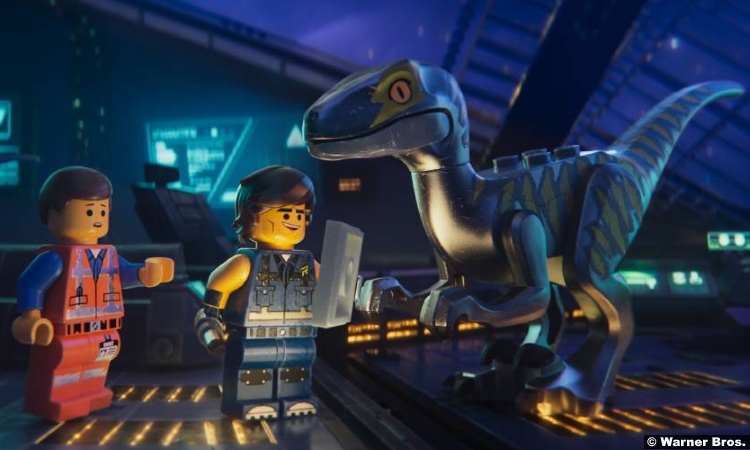 And with no way to recreate the feelings the original movie’s twist ending had, most expected the sequel would just eschew the “real world” altogether. Instead, Lord and Miller decided to lean into the fact that you know what’s happening behind the scenes. Most who saw the film’s initial trailer were able to deduce that the plot would revolve around the son from the first movie contending with his sister and her own desire to play.

Sis-tar System? C’mon, it was obvious.

What would have been terrible would be Lord and Miller acting as though you didn’t see that twist coming a mile away and then build the story’s climax to be the sister’s big reveal as the bad guy. That’s not the case here. This movie makes it clear within the first act that the sister is our new player, and it jumps back and forth to the real world throughout the story, using it as needed. With that important plot point established, the script is able to focus on the gags, one-liners, fun little cameo moments, and other sparks of creativity that Lord and Miller always bring to the table. 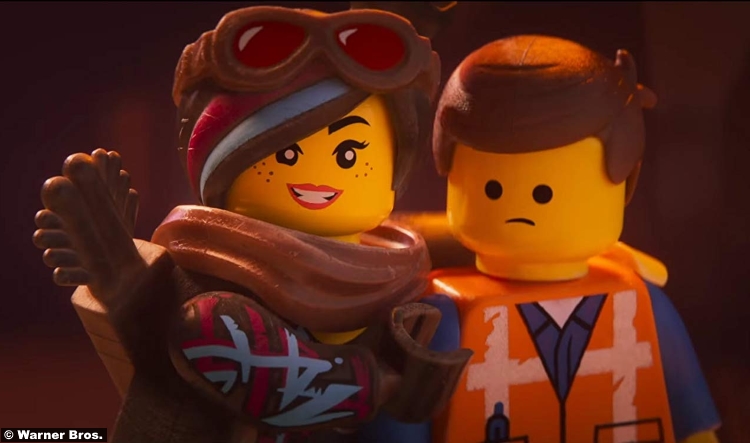 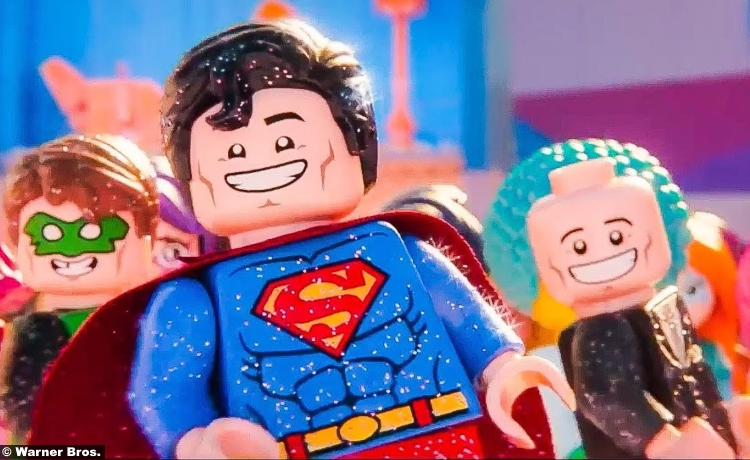 That’s not to say there aren’t twists in the plot. There are, but they’re far less earth-shattering than in the original, and that’s okay because the first one was about establishing the universe. This one is about just having a fun time and, if you’re an older sibling with an annoying younger pest in the house, it’s about learning to play together before a parent makes you both put your toys away.

The LEGO Movie 2 is probably not going to stick with you the way the first one did. That movie had a magical quality that was boosted by how unexpectedly great it was. This one was supposed to be great, so it’s not a surprise that it is, just a relief. It’s a film you’ll love and probably soon forget about, but you won’t mind watching it when it comes on TV in a few years. That sounds worse than it should; all I’m saying is it’s not going to wow you in a surprising way, but it will delight you in an…unsurprising way.

It’s awesome. Just…Everything about it.

9/10 – A great sequel that lives up to the already-high standards of its franchise, The LEGO Movie 2 is great fun for the whole family.