A person does not simply like Wes Anderson. He is not an acquired taste that you develop over time. It’s almost certain that you will know your opinion on him after a single viewing of a single movie. You will either find him intolerable or you’ll fawn over his every film with glee. You either write him off as a pretentious, “style over substance” hack or you hold him up as a renaissance man, daring to be different with the medium of film, where so many others constrain themselves to the same unwritten rules and handbooks for what not to do, etc.

Guess which one I am?

Wes Anderson can do wrong, theoretically speaking I guess. He’s not Jesus I mean. But he has developed a particular style and formula to making his movies and…it works. It’s funny to hear his critics say his movies all have the same sort of filmmaking template (pans, vivid colors, the same troupe of actors, centered and symmetrical shots) while neglecting the sheer variety he plays with around that template. His critics say the fact that every Anderson movie features a plethora of center-shots means all his movies are the same, but really those are just the skeletons around which entirely different bodies of work are built. Is every person the same? No, every skeleton (fundamentally and ordinarily) is, but the bodies are all different.

Such is a Wes Anderson film.

With that said, and in honor of his latest release—Isle of Dogs—let me, as an all-in fan of his, present my ranking of his seven preceding films, in order from least-favorite to favorite, grouped into three categories (bottoms, middles and tops).

Let’s be real: Ranking Wes Anderson movies is like ranking Harry Potter books; you’re just asking for a bitter argument to ensue. Nevertheless, this is my list. Feel free to make your own…

These are the movies I have seen more than once but which don’t connect with me overall. There are good moments—even great ones—but the final product is missing what the others have…

Anderson’s first film feels a bit too much like a film school indie project, despite receiving a wide release and touting a seven million dollar budget. It feels like it was made with a few thousand dollars on hand, and the conversation-heavy dialogue and crime-gone-wrong setting almost reminds you of a Tarantino movie, or maybe a Coen Bros. flick. It’s a very good movie, but it lacks a lot of the polish and quirks that would come to define Anderson’s later films. I guess the best way to put it is, Bottle Rocket is the least “surreal” movie in his filmography. For that reason it hits the bottom, through no fault of its own but simply because it breaks the mold right out of the gate.

Probably Anderson’s most nakedly sappy film. There are great moments of humor and the chemistry between the three leads is perfect. I like the plot too—with the “mission to find mom” being a nice change from his usual “dad-centric” plots. Nevertheless, the sum is weaker than the parts and the movie feels like it’s trying a bit too hard where his better movies feel more effortless. I’ve seen it three times and enjoyed it every time, but it did not leave me feeling as wowed as his other works.

This is likely the filmmaker’s most divisive film among his faithful. Some rank it near the top, others put it dead last. I lean towards putting it near the bottom, but I don’t think it’s a misfire as many of his fans do. I just think it fails to hit that second-act stride that his best films find. It sort of plods along in first gear and though I think the individual characters are some of the best he’s ever realized on film (especially Willem Defoe’s Klaus) and a few of the pairings work well, the cast as a whole fails to come together around the plot the way his other ensemble movies do. It’s probably Bill Murray’s best performance but it’s not enough to bump it to the next level…

These are the movies I love and have seen many times, but they fall just below the quality of the final three…

This is Anderson’s “Metallica Black Album.” That’s not to say it’s a sell-out, or a “leave the art to go mainstream” project, or any other knock thrash-metal fans have against Metallica post-Black Album; on the contrary, the Black Album is their most highly-polished and easily-accessible work. If you want to ease someone into Metallica, you give them the Black Album. If you want to show a non-Anderson viewer a movie to start them on, you don’t break their brain with some of his more audacious films, you give them this. Royal Tenenbaums is still a witty, visually-delightful, surreal-comedy like his other hits, but it feels a little more grounded than what would follow.

Charming from beginning to end; Anderson tackles Roald Dahl’s children’s tale in stop-motion, and for my money, this is where Modern Anderson was born. You can see glimpses of the visual touches that define the back half of his catalogue in his earlier movies, but Fantastic Mr. Fox is where he throws everything at the screen from beginning to end, walking away with the confidence to be so audacious in live action as well…

These are the movies I consider the absolute best of the best and which I have watched more times than I’d care to admit. They are masterpieces, fight me…

Everything about this movie works. The setting, the actors (young and old), the almost hilariously simplified screenplay, it’s all magical. The storybook/dreamlike quality that Fantastic Mr. Fox had is applied here in live action, to a level untried before. It was a gamble, but the result was his most critically-acclaimed film since Royal Tenenbaums. I could write two thousand words just about this movie and how wonderful it is, but I’ll just say “it’s nearly perfect.”

If Royal Tenenbaums is the gateway drug to Anderson’s filmography, Rushmore is his “come back for second-helpings” movie. Featuring probably his most fully-realized character—Max Fischer—and a layered plot that manages to make a love triangle between a 15-year-old, 30-year old and 50-year old work without it ever becoming weird, Rushmore is rightly called one of the best films of the 90’s. It’s remarkable how confident and nearly-perfect this movie is, despite it only being Anderson’s second feature. It sits at number two for the simple fact that number one actually is the perfect movie.

Before Isle of Dogs was released, this was Anderson’s most recent work, so a little bias might be alive and well here. I don’t care: For my money, this is the best work Wes Anderson has ever done. The movie plays with every possible emotion: It is hilarious, moving, sad, whimsical, menacing, and above all, supremely delightful to experience. Ralph Fiennes manages to read the surreal dialogue with such perfect grace and without even a hint of mockery that you almost forget you’re watching an absolute farce of a plot.

I’ve seen it over a dozen times and I never fail to love it. It is perfect. 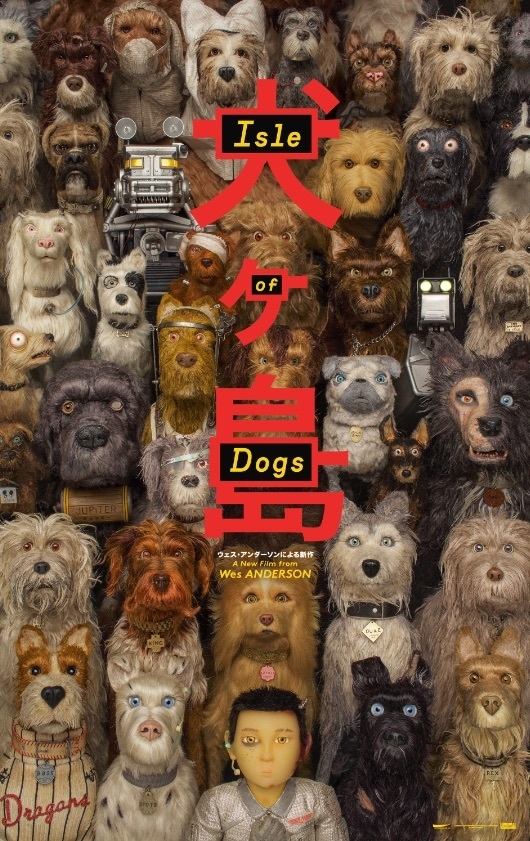 So where does his most recent movie rank?

Fittingly, I’d put it just ahead of Fantastic Mr. Fox, but I don’t think I would put it with The Tops. Maybe it’s just my need for 3-3-3 symmetry, but Isle of Dogs, while I was never bored, never bothered, and never anything less than charmed, still seemed to lack a little of the wonder and awe that I get watching similar surreal scenes play out with real people on real sets. Then again I haven’t seen it three-to-thirteen times like I have the other movies, so maybe I just need to let it marinate for a while. This is a Wes Anderson movie, after all. 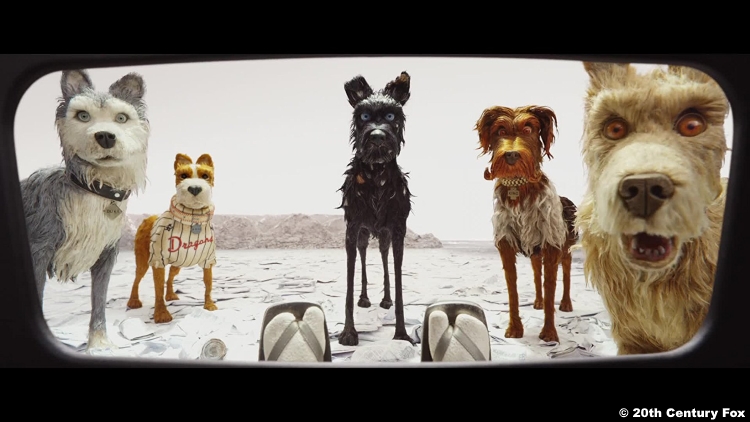 They’re not exactly made for quick-digestion.

9/10 – Charming and visually stunning like you’d expect, with a story that goes a little deeper into allegory (if not outright speechifying) than you might think. This is Anderson’s message film, yet it doesn’t forget to be just as surreal, stunning and sometimes-silly as his other works.

Fans will not be disappointed.