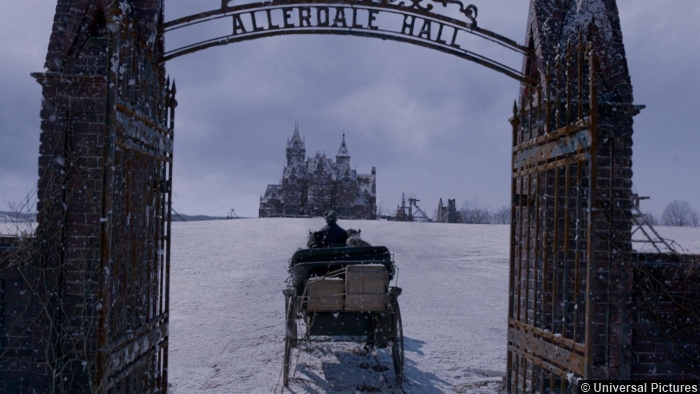 When it comes to the amount of time in between each installment, as well as the uniqueness of each picture, Guillermo del Toro (henceforth, “GDT”) might as well be Stanley Kubrick. Also like Kubrick (toward the end of his life), GDT has gobs of movies in the pipeline, in various stages of development, and you’re kidding yourself if you think all of them will eventually see the light of day. He has a live-action take on Pinocchio, a definitive re-telling of Frankenstein (which cinema really needs), the long-desired but largely-abandoned sequel to Hellboy, and most recently a sequel to the international-hit Pacific Rim. It’s entirely possible that none of those movies ever see the light of day, and any that do, will probably be helmed by someone else.

So when the man finally does release a new movie, cinephiles sit up straight and take notice. He did remarkable work with Blade II and the Hellboy movies, films that few were asking for but which were critically received when they released. They’ve also turned into cult favorites. Pan’s Labyrinth is still the movie that gives him the cache with fans to do whatever he wants in a film, although he’s yet to make a movie that has reached that level of creativity and originality. Though to be fair, he’s only made two movies in between that one and this one: Hellboy 2 (which was delightful but a bomb) and Pacific Rim (which was wonderful but didn’t make enough money to instantly guarantee a sequel. 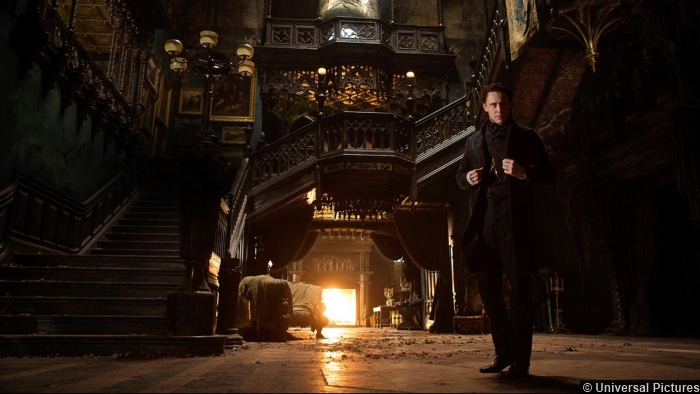 Now comes Crimson Peak, with its horror movie genre and period piece setting. It never promised to be as sublime as Pan’s Labyrinth, but it did promise to be a nod to old school horror. And in that respect it has succeeded, for better or worse.

It is refreshing to have a horror movie in theaters that isn’t part of the Blumhouse Productions family. Blumhouse is of course the company responsible for producing Paranormal Activity, Insidious, The Conjuring, Sinister, and a host of one-off horror films (most recently the M. Night-directed The Visit). Try as they might to create different atmospheres and tones in those movies, they all end up being sort of interchangeable. Sometimes the same actors appear across the series’, and sometimes the same directors work on different franchises. It’s hard to keep them all straight. They’re usually all at least competent, but there’s a “cookie-cutter” quality to them, that even the best of them struggle to get away from.

With Crimson Peak, you almost have to remind yourself at the beginning that this is not the same kind of horror movie. This movie doesn’t bother with the Blumhouse-staples that are “jump-scares” (where a quiet moment is suddenly loud and something goes ‘boo’ before disappearing) and “window scares” (where the camera pans to a shadow when suddenly the bad guy steps out silently, revealing that he was in the room the whole time). Instead, the scares—which begin with a loud crash of the soundtrack—are actually sustained for more than three seconds. There are moments of terror early on in the movie that last as long as the climax of some Blumhouse movies. It’s a throwback to old school horror movies that relied on “bad guy chases good guy” tropes to generate fear, as opposed to the more modern “bad guy secretly stalks good guy who doesn’t know how close he came to getting got” style that Blumhouse enjoys.

The strength of this picture is not in how it offers up the scares, however. The strength is in the look and feel of the movie. The period piece, late-19th century setting is a welcome change from most modern horror movies that—to save budget money—rely on present day settings. This movie is beautiful to look at, especially once the movie shifts to the “haunted house” mansion halfway through. The candle-lit sights and creaky sounds add tremendous atmosphere, and make each moment of terror truly pop.

Unfortunately, once you get past the production values and actually focus on the story, that’s where things falter a bit. This film isn’t really a ghost story/horror movie; it’s more of a romance with ghost/horror elements added to give it a little spice. There’s not a whole lot that is terribly wrong with it, but there are a dozen little things that weigh it down, For example, the opening of the movie (which is very well done and really starts things off with a creepy vibe) features a ghost warning the main female lead about “Crimson Peak.” That is paid off 2/3 of the way through the film but how and why the ghost knew to warn her is left unresolved. On a technical level, there is a lot of ADR (additional dialogue recordings, where actors redo their lines after changes were made to the script after filming), which makes sense considering reports that the script was being added-to and tweaked mid-production. Little things like that hurt the overall impression of the movie, and the fact that a quarter of the film is just kind of boring. It’s competent, and occasionally very good, but overall a bit bland (again, despite how pretty it is to look at).

There’s a fair little mystery surrounding one of the characters (the sister of the male lead), as you learn very early on that something is up with her, but you don’t know what until the final twenty minutes. When its revealed, the odds are that it’s what you guessed about twenty minutes earlier.

And that’s the biggest sin of the movie. It teases a reveal that you have already figured out, so once the reveal is finally made, there’s a sort of “so what” feeling; a feeling that drags down the very well-done climax. You watch the characters go through the usual motions (hiding, running, fighting back, running, gaining and losing the upper hand, then finally triumphing) but without the shock that comes with being surprised by the mystery’s reveal, you just end up watching everything unfold without having any investment in the proceedings.

With the exception of a dude getting stabbed in the face with a knife. That I did not see coming. 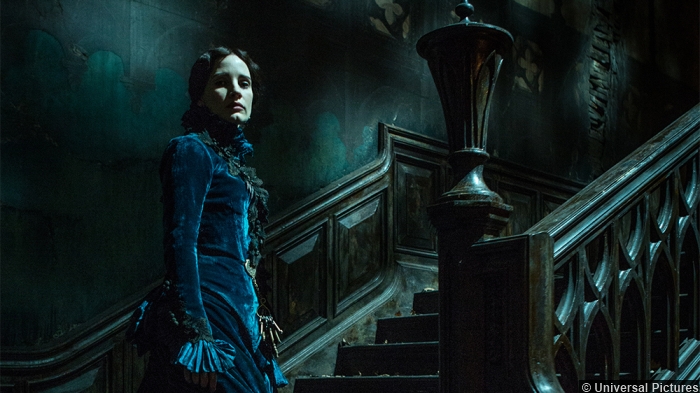 Overall, Crimson Peak is a good but not great throwback to old school ghosthouse horror movies. It is gorgeous to look at but stumbles with a story that is a bit too by the books. Here’s hoping Del Toro doesn’t take several years to release his next film. Maybe that one will manage to surpass his earlier works.

Once again there was a preview for this Christmas horror film “Krampus” and I still can’t figure out if I’m going to laugh for 90 minutes or cover my eyes in terror. Either way I have a feeling it’s going to be terrible and I can’t wait to see it.