REVIEW: Insidious: The Last Key ends an okay franchise on a blah note

I normally don’t post spoilers in my review, but there’s nothing about The Last Key that is so remarkable that you need to go in fresh. If you must go to a movie unaware of any plot details, skip the middle of this review and jump down to the bottom for the final score and summary, then back up to read about what a massive disappointment it was. 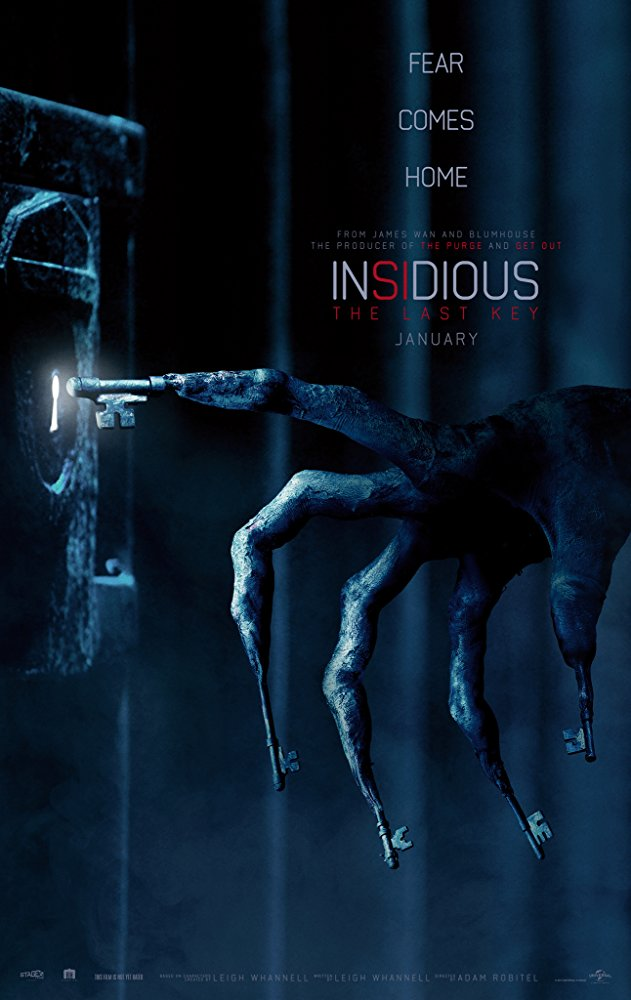 Let’s start with the trailers.

Anytime you go to a horror movie you can be sure there will be horror trailers. Usually there’s one that catches the eye while the rest are blatantly the kind of cheap, dumb garbage that is only being made because cheap horror movies are so in right now since they can turn a profit quicker and easier than just about any other genre, and there’s always the possibility that some little-movie-that-could catches fire and becomes a mega hit. Unfortunately none of the movies featured before Insidious 4 tantalized or teased anything remarkable. There was even a sappy, certain to be terrible, teenage romance movie that was attached to this solely for the purpose of making the dates dragged to it have something to hold over the heads of those who took them to see this “scary” movie. See it for your self:

It’s literally a worser, whiter, version of this:

They run together is all I’m saying.

Insidious 2 came out in…2013 (which doesn’t help my confusing it with the Conjuring movies) and though it was a far less impressive movie, it still did the job it set out to do and featured a pretty solid ending to the story…or so it seemed. At the end of the movie, the psychic (or “medium” if you prefer), Elise (who had been killed in part one) returned as a ghost to continue helping others. It was a nice coda that put a neat and tidy bow on the two-parter.

This one went back in time and focused on a different family being haunted whom Elise was able to help. Insidious 3 seemed to kick off a new approach to the franchise, turning it into an anthology series of movies built around Lin Shaye’s character. The expectation was that each new movie would feature Elise showing up in her Mystery Machine doing her ghostbusting thing. Insidious 3 was a solid (7/10), but not perfect movie. It showed promise for the Elise-focused franchise. Sure, an anthology series might have gotten a little redundant but there are always ways to spice things up along the way. I liked how Insidious 3 featured the primary target as someone unable to walk due to dual leg-casts. That allowed for some new visuals and creative moments.

So it’s a real shame how disappointingly bland Insidious 4 (subtitled “The Last Key“) was. Most disappointing was how the movie had multiple opportunities to do something unexpected or fresh, but instead, every time it looked like it was going to reveal a twist and do something different, it just fizzled and reverted back to the mundane. 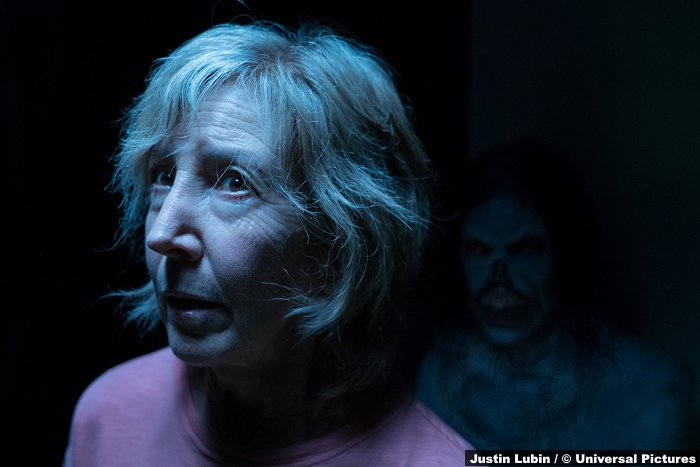 Case in point was the moment half way through, when Elise stumbles upon a chained-up girl. We’re led to believe at first that she is another ghost, but upon closer examination we realize she is alive and is being held prisoner. Suddenly the person we think Elise is here to help is revealed to be a human kind of monster. That was a genuine surprise and not to me only: It was a moment (the only moment, sadly) that elicited a loud reaction from the moderately-packed theater I saw it in. It was a great twist that made me say “oh wow I wonder where they’re going with this.”

And then there’s the cringy, cliched “chase the hot girls” try-hard comedy. How old were those girls anyway? They looked to be a good ten years younger than Elise’s two lackeys (one of whom—the guy who gets one of the girls in the end—being Leigh Whannell, who also wrote the film). It just came off as creepy.

The attempted drama with Elise and her brother was hackneyed and, like a lot of the plot, really rushed and underdeveloped. In fact, the movies greatest sin might be in how underutilized so many good ideas where. The principle villain (the weird demon with keys for fingers) is barely featured and we learn nothing about him. Why does he have keys for fingers? Where did his nose go? None of it makes any sense.

The idea that the setting for this haunting is the home where Elise grew up with an abusive father is also a great concept but it’s another that the movie never bothers to explore beyond the superficial. It’s a (barely over ninety minute) movie that feels overly rushed and cut down to ensure it could play in as many screenings as possible on opening weekend. There was probably a fair two-hour movie here before it was edited down, but it’ll never see the light of day. As a result of its rushing through the plot a lot of the dialogue is devoted to narrating the action for the audience as they race to the finish line. Some great moments are ruined because, immediately after they happen, someone stops to tell us what we just saw.

By the time the movie reaches its climax, there’s nothing to be invested in. Elise has a niece who is called upon to save the day but we can’t root for her because we don’t know her. There’s another long sequence in the dreamlike “Further” but once more there are no rules for how this other dimension operates. Stuff just happens and then it’s over.

There were two moments I loved, but only two:

1. Young Elise talking to the voice on the top bunk of her bunkbed, thinking it’s her brother. Then she looks over and sees him sleeping on the chair. Great ending to that scene. 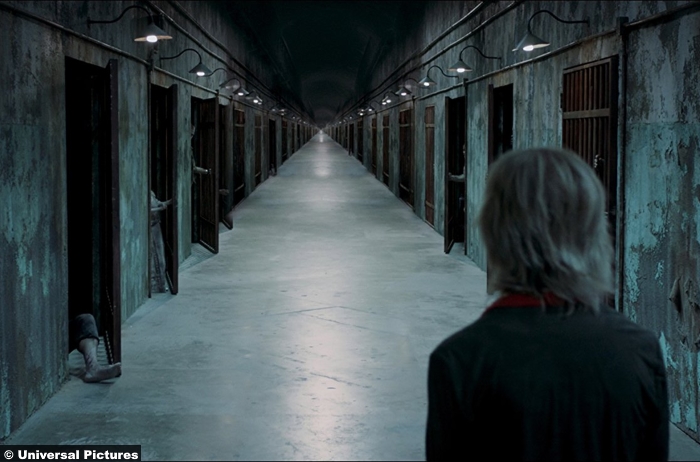 The rest was as pedestrian as it gets, which is a shame because I really liked the idea of a whole series of horror movies starring a 74 year old woman. That’s pretty uncommon.

This looks to be the end of the franchise as we know it, though. And based on the quality of this one, that might be a good idea.