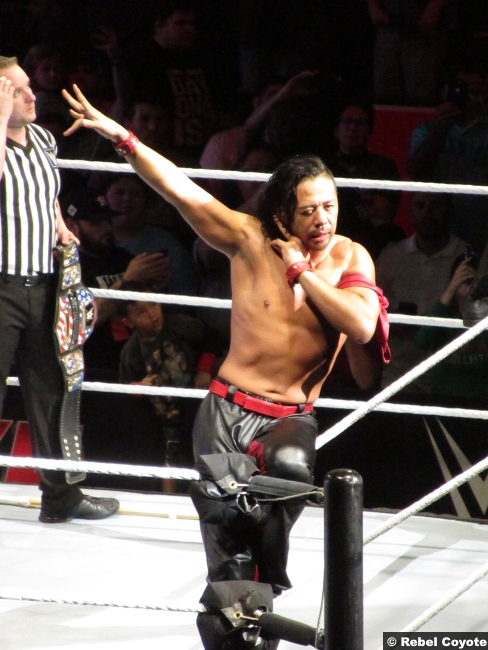 The 978th edition of WWE SmackDown LIVE came to you from the O2 Arena in London, England. At next month’s Money-in-the-Bank pay-per-view, AJ Styles and Shinsuke Nakamura will go one-on-one for the WWE Championship one more time but, this time, there will be a stipulation placed on the match and that stipulation would be decided on SmackDown LIVE as WWE Champion AJ Styles would go one-on-one with his nemesis Shinsuke Nakamura in a non-title match with the winner getting to pick the stipulation for their rematch at WWE Money-in-the-Bank. Plus, after weeks of vignettes promoting his blue brand debut, former NXT Champion Andrade “Cien” Almas and his business manager Zelina Vega would make their much anticipated debut in the O2! Also, with just two spots left in the Men’s Money-in-the-Bank Ladder Match, SmackDown LIVE would see The New Day face Cesaro & Sheamus in a unique Money-in-the-Bank Qualifying Match as the winning team gets to pick one member of their team to compete in the Men’s Money-in-the-Bank Ladder Match.