Your SO OF COURSE preview of WWE Elimination Chamber 2018

Last time on SO OF COURSE, it was a RUMBLIN’ good time as the WWE hosted the fan favorite Royal Rumble event and it didn’t even end with a bitter, depressing, self-reflective finish that makes fans from Baghdad to Birmingham question why they even bother with this silly pretend sport anyway!

So great job all!

Now we come to February. Now we come to the pit-stop on the Road to WrestleMania…or should I say the first of TWO pit-stops because (for a limited time) the WWE PPVs are brand-specific. Up first is Raw…a Brock Lesnarless Raw because, as I said, it’s February, and February means THIS is your SO OF COURSE preview of WWE ELIMINATION ROMAN REIGNS’ PRE-CORONATION WITH MATCHING FAN CONSTERNATION 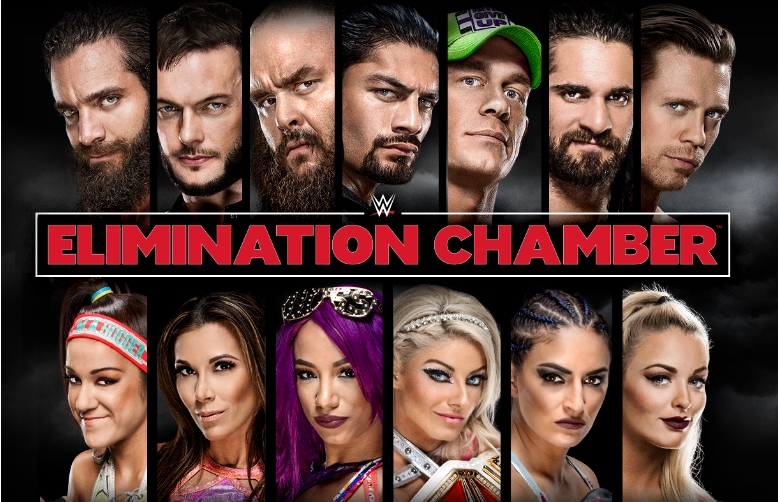 If you’re just joining us, the Elimination Chamber PPV is an elimination-style cage match, set inside a chainlink dome with various phonebooths, strobe lights and occasionally demented santa clauses…

And this year we get a women’s version too!

Now let’s look at the rest of the card…

This will not be a long preview.

Yeah this match should probably be the main-event but we’re in the midst of a Women’s Revolution and, well they main-evented the Royal Rumble. Why not two-for two? That means the men get bumped to the undercard.

Also since the men’s match has a little less uncertainty than the women’s, and since the finish to the men’s match will likely bring out all the angsty, frustrated, eye-rolling groans that recent Royal Rumble finishes (sans this year’s) have elicited, it’s not a bad idea to start the show with this one and just get it out of the way.

It’s a solid line-up, with a good variety of size and style, experience and youth. It’ll probably be a fun 45 minute barn-burner with highspots, hardshots and crazy pinfalls.

This year there are seven men in the fray, as opposed to the standard six. I’ve not heard how they’re doing that, if the match will start as a triple threat with the other four pods unlocking like normal, or if it’ll start one-on-one with the seventh hovering in a shark tank or something. Not that it matters.

Roman Reigns may have the best odds at -400 to win the elimination chamber, but let’s look at the line up and try to predict the order of entry and elimination…

PINFALL: Elias out (pinned by Cena)

NEXT MAN IN: Roman Reigns

NEXT MAN IN: Seth Rollins

NEXT MAN IN: The Miz

NEXT MAN IN: Braun Strowman

PINFALL: Seth Rollins out (pinned by The Miz)

Here is where I make my case for Braun:

He’s the most popular babyface “giant” Vince has had since Andre. I mean, what universe is this? There is a long history in WWE of fans getting behind a guy that wasn’t Vince’s hand-picked champion, but there was always an excuse that you could at least understand, if not always agree with.

But Braun Strowman IS a Vince McMahon wet dream.

What…is..the DEAL!? I don’t understand why they haven’t already pulled the trigger. He should win the chamber, wrestle Brock in a kaiju hoss fight that collapses the universe in on itself and walk away with the creepy meat-looking belt…befitting a fight of such barbaric styles.

The stakes are these: If Nia wins she gets added to the women’s title match at WrestleMania. Also at stake is Asuka’s undefeated streak, which has spanned I don’t even know how long. A long time.

And while it would be the most LOLWWE thing in history to have an undefeated streak end a month before a title win at WrestleMania, I can’t imagine WWE being that stupid. Nia’s done good work, is doing good work, and will continue to do good work. I’m not even against her inclusion in the women’s title match next month (I like the idea of tiny heel Alexa facing down a monster in Nia and a ruthless killer in Asuka; clashing styles that both want to murder her), but not like this. Not like this.

Oh my gosh is this feud still living?

When is Jeff coming back?

I take solace in knowing that this will not be repeated at WrestleMania, at least not in a proper match. These two have “WrestleMania moment mid-way through the Andre Battle Royal” written all over them.

Probably all of them in one match or another. 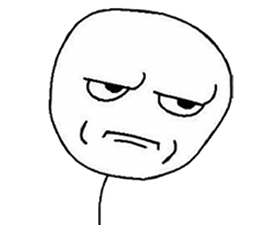 Alright, which one of these ladies will get a MAIN-ROSTER TITLE MATCH at WrestleMania!?

Uh..well…which…lady will get to be upstaged by Ronda Rousey(‘s non-title match with Stephanie McMahon) at WrestleMania?!

Thus I arrogantly predict the order of entry and elimination:

NEXT LADY IN: Mickey James

NEXT LADY IN: Sonya Deville

NEXT LADY IN: Alexa Bliss

NEXT LADY IN: Sasha Banks

Alexa Bliss has got all the momentum in the world and since her title match at Mania will be third out of three main-card matches featuring women, there’s really no need to rock the boat with the title until after the big show when the dust has settled.