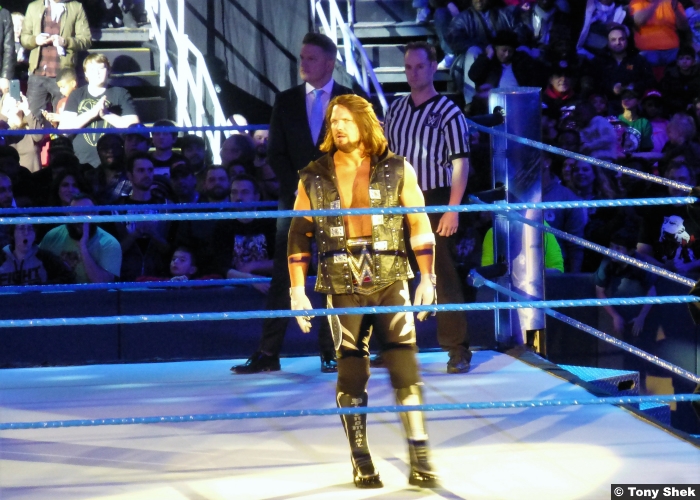 The 964th edition of WWE SmackDown LIVE came to you, live, from the Sprint Center in Kansas City, MO. After months of making life hell for SmackDown LIVE management, as well as WWE Champion AJ Styles, the best friendship between Kevin Owens and Sami Zayn is definitely on the rocks after last week and things would only get worse for Owens and Zayn this week as, per the orders of SmackDown LIVE General Manager Daniel Bryan, Kevin Owens would go one-on-one with his best friend Sami Zayn to determine who will challenge AJ Styles for the WWE Championship at next month’s Fastlane pay-per-view! Can the friendship of Kevin Owens and Sami Zayn survive their one-on-one clash with a shot at the WWE’s most prestigious title on the line? Also, after defeating Jinder Mahal, Zack Ryder, and The New Day’s Kofi Kingston in a Fatal 4-Way Match last week to earn the opportunity, “The Bulgarian Lion” Rusev would challenge “Glorious” Bobby Roode for the United States Championship! Can Rusev win his third United States Title on Rusev Day or will the reign of “The Glorious One” continue?