American Crime Story: The Assassination of Gianni Versace S02E03: A Random Killing – A detour from the main crime proves to be the strongest episode yet

American Crime Story always has to walk the fine line between entertainment and exploitation. Many would argue, and not inclined to disagree, that the very existence of these two seasons of television are nothing more than exploitative stories that undermine the severity of the event that they are based on. This is the problem, and indeed part of the attraction to true crime stories, that our efforts to understand the world around us is often through stories. We make sense of things through our relationship with narrative, character, and motivations.

In essence, this is what law enforcement does when a murder has been committed. As investigators have to, by necessity, turn up and make sense of the end of a story, in this case a murder, they have to connect many dispirit elements like motive, opportunity, and possible relations to the victim that could make sense in this context. This episode’s title, A Random Killing, is ironic for many reasons. For one, there may be no such thing as a random killing, while the circumstances around a murder may appear random, it’s through these investigations that actions and scenarios start to make sense. After all, making sense of a situation robs it of this definition. Of course, from the perspective of the choice of victims, there is a strong element of random circumstance. Andrew’s choice to kill his fourth victim for his truck is certainly a chance encounter. Yet, when you pull together all the threads into a narrative, much like law enforcement officers, and true crime authors like Maureen Orth, the chain of events feels less random.

Following this through, lets take a look at the murder of Andrew’s fourth victim, 45-year-old caretaker William Reese. It’s a small part of the episode but it’s hugely important given the non-linear structure of the series so far. The murder itself, the reasons for it happening at all, and the consequences of it are all part of the detailed tapestry that head writer Tom Robbin Smith is constructing in order for us to understand Andrew’s actions.

After Andrew steals Lee Miglin’s car, we are told that the authorities can track him through the car phone. This is a lucky break, and we are assured that there is no way that Andrew would know about this. Then the media gets involved. Though it’s never stated within the episode where the leak comes from, probably someone looking to make a quick buck from the tabloids, the information about the car phone is reported through the media. Andrew hears this on the car radio and immediately pulls over and rips out both the phones receiver and the antenna on top of the car. This doesn’t solve his problem as the car looks even more conspicuous. Andrew’s next move is to ditch the car and steal another leading to him following William Reese home to murder him and steal his red pick-up truck: the same pick-up truck that gained notoriety from the Versace case. 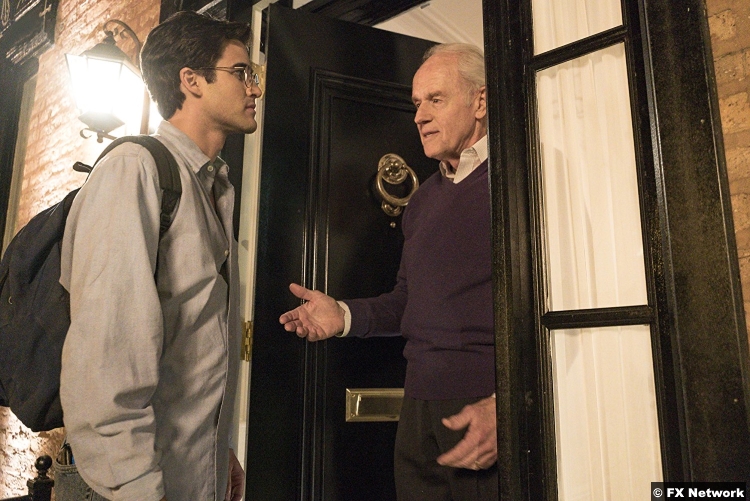 Taken as a story, with the idea of cause and effect, this murder is much less random. Still, and this is a crucial part of this season’s challenge: why did Andrew pick Reese’s truck? The scene is played as an internal decision, Darren Criss gives us a small expression that says, “that’s the one”, but we don’t know exactly why. From ta narrative perspective, we know this because the truck is now famous, and pivotal to the Versace case, but there is still that ambiguity.

The other ironic part of this episode, which the title directly relates to, is that Lee Miglin’s murder is framed through two warring narratives: his killer, Andre Cunanan, and his wife Marilyn. With the first two episodes of the season focusing on the chaos of the Versace case, A Random Killing is brilliantly clear-sighted. This is the story of three people: real estate tycoon Lee Miglin, his killer, and his wife.

A Random Killing could be a brilliant standalone story, but it’s elevated by how it informs the broader narrative of this seasons case. If this season has a strength that The People v OJ lacked, it’s the attention paid to the victims. This season has humanised three out of Andrew Cunanan’s victims so far, with Lee Miglin being the most effective. This is achieved through a combination of clever writing, excellent performances, and stellar direction. He is almost a practice victim for Andrew before Versace. Both Miglin and Versace where towering figures in their respective industries, both had powerful women by their side, and both were immortalised in the worst way by Andrew Cunanan.

Darren Criss is fantastic once again as Cunanan. Through his wild performance he is able to create this very human monster and his possession of a homicidal inferiority complex. Andrew wants to be the best, it doesn’t matter at what, and his failure in this area has been internalised until he can take it out on powerful men, by using his sexuality as a weapon. As good as Criss is, Judith Light runs away with the episode as Marilyn Miglin. Her poise, and steely reserve keep her strong despite the loss of her soul mate. It’s never made clear whether Lee hid is sexuality from his wife, but there are subtle hints that both had an arrangement around this secret. 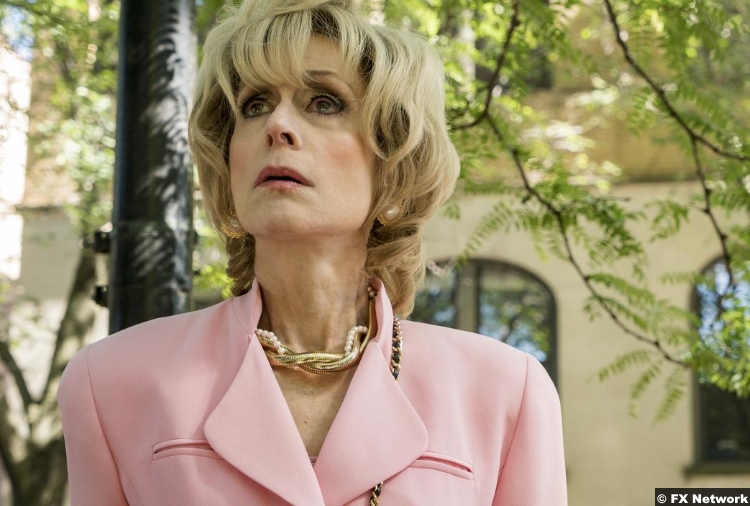 Finally, a note on the direction. Gwyneth Horder-Payton, who has also directed The Americans and Feud, shots the episode like a horror movie of high society. Like a detective, she lays out the scenario of Lee’s murder, the meat with the knife in it, the melted ice cream, and dares us to fill in the blanks. Perhaps the most impressive aspect of the episode, apart from Lee’s chilling death, is the very fact of Andrew’s presence after he is long gone. As the police search the house, rooms are bathed in the warm pink tones that we associate with Andrew, like he has psychically stained the house, as well as the lives he has destroyed.