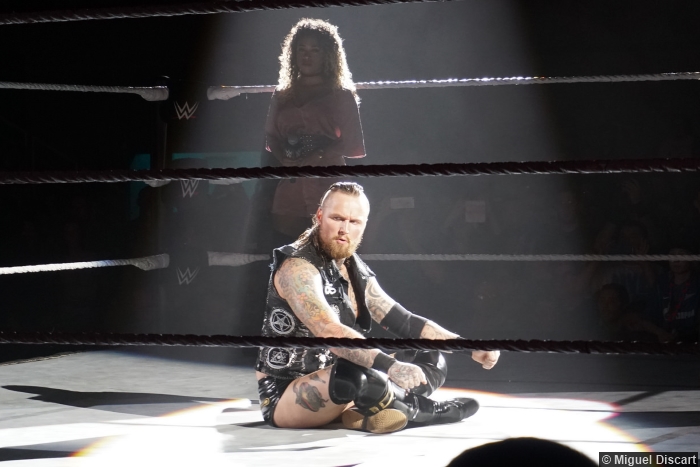 On the eve of the Royal Rumble, NXT TakeOver: Philadelphia came to you, live on the WWE Network, from the Wells Fargo Center in Philadelphia, PA. The NXT Championship would be on the line at TakeOver as Andrade “Cien” Almas would defend the title against Johnny Gargano. Plus, Ember Moon defends the NXT Women’s Title against Shayna Baszler, The Undisputed Era’s Adam Cole faces Aleister Black in an Extreme Rules Match, The Undisputed Era’s Bobby Fish & Kyle O’ Reilly defend the NXT Tag Team Titles against The Authors of Pain, and Kassius Ohno goes one-on-one with The Velveteen Dream.

After the NXT Women’s Title match, Shayna Baszler would attack Ember Moon on the outside, locking the champion in the Kirifuda Clutch and choking Ember out.

During the Extreme Rules Match, The Undisputed Era’s Bobby Fish & Kyle O’Reilly would interfere on Adam Cole’s behalf, taking out Aleister Black before SAnitY came out, brawling with Fish & O’Reilly until Killian Dain dives to the outside to take everyone out.

During the course of the show, former TNA/Impact Wrestling star (as well as the man formerly known as Derrick Bateman in the original NXT) EC3 was shown in the crowd and was confirmed as the latest NXT signing. The recently signed War Machine (Hanson & Raymond Rowe) were also shown in the crowd during the show.

What did you think of NXT TakeOver Philadelphia? Post your comments in the box below.