Star Wars is in good hands; looking ahead through 2017…

Recently, Cult of Whatever looked ahead to the big year that Marvel has in store for fans in 2017. It’s not just Marvel that has parent-company Disney seeing dollar signs. The company has big animated and live action films on the horizon that are sure to bring in big bucks at the box office. On the Pixar side of things, Disney hopes Cars 3 will right the wrongs that the previous sequel struggled with. There’s also a new Pixar film, Coco, that’s set to feature an all-latino cast. A few weeks after Guardians of the Galaxy lights up the box office, Disney will bring Pirates of the Caribbean back to theaters with a fifth installment. And of course, in just a few weeks Beauty and the Beast will release, almost-certainly becoming the studio’s first (of many) billion dollar-grossing films this year.

It’s almost an embarrassment of riches for the House of Mouse, and if those franchises and films weren’t big enough to ensure yet another year as box office champs, Disney has one more franchise that, after only two movies, has more than paid back the four billion dollars it cost to add it to the family. It is estimated that The Force Awakens alone brought Disney about eight billion dollars in revenue (from box office receipts, home video sales, corporate partnerships, stock value and, of course, merchandising). Rogue One was likewise a huge hit, albeit not as earth-shattering as The Force Awakens. Still, last year’s top-grossing movie is estimated to bring in about two billion dollars in revenue.

Disney is printing money with Star Wars and they’ve only just begun to milk the franchise. 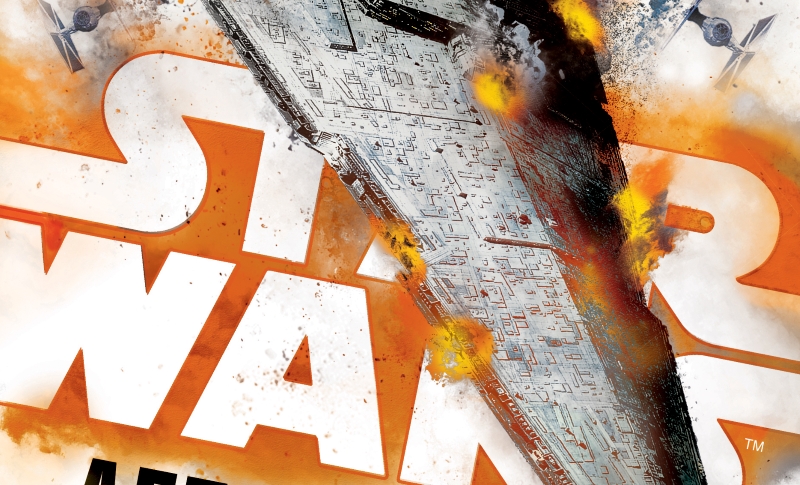 Back in 2012, when Disney purchased Lucasfilm and the whole of the Star Wars franchise, they announced that the “Expanded Universe” was being de-canonized and a new future of Star Wars, post-Return of the Jedi would begin. It was probably the most controversial move the company has made with an acquired franchise and to this day still has fans debating it. For years Star Wars readers knew the adventures of Luke Skywalker and friends after the fall of the second Death Star. A new Jedi Order was established, a new Republic was created, Han and Leia lived happily ever after, and so on. That’s all gone now. Now that we’re fully into the new sequel trilogy, it’s easy to see Disney’s logic in not having to be tied down by literary canon when most fans and ticket-buyers only know Star Wars as told in six (now seven+) movies.

The first major piece of the “new canon” was Chuck Wendig’s novel “Aftermath” which dealt with the fallout of the Battle of Endor. A sequel came last year, entitled “Life Debt” which moved the storyline closer to the events of the Sequel Trilogy, while also exploring some background information during the time of the Original Trilogy. The final installment in the trilogy has just been released: “Empire’s End” promises not only to tie up the loose ends of this trilogy, but also to complete the bridge between the end of the Original Trilogy and the beginning of the Sequel Trilogy. The series has been criticized for subpar writing, but the story itself has been well-received as its helped to bring the planet of Jakku more fully into the Star Wars universe, as well as present some intriguing new characters—particularly Gallius Rax—for fans to speculate about.

Last year’s “Catalyst” novel did a phenomenal job expanding on some of the characters featured in Rogue One, making the already-great movie even better. With the “Aftermath” trilogy now finished, fans are sure to be pouring over its pages as they await Episode 8, to see if any secrets to the next film can be unraveled in the book series. 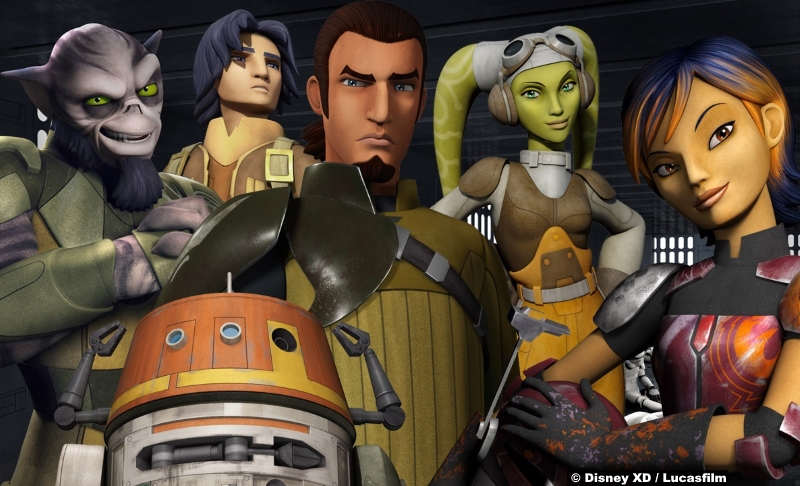 Almost immediately after the ink was dry on Disney’s acquisition of Star Wars, the company commissioned a new animated series to air on Disney XD. Dave Filoni, who helped to oversee the Clone Wars cartoon show, partnered with Simon Kinberg to produce the new series, set in the years preceding A New Hope. Early on, the show was a simple “mission of the week” adventure serial but as the seasons progressed, it has expanded the Star Wars mythos in big and sometimes surprising ways. New characters have become beloved fan favorites, and returning characters like Ahsoka, Darth Maul and Grand Admiral Thrawn have been excitedly received.

The show has maintained at least a million viewers per episode, which is phenomenal for a cartoon show on cable. Currently the series is in its third season and is sprinting toward a finale that promises big surprises. There are whispers online that the entire show might be wrapping up soon (certainly to be replaced with a new animated offering set in a different time) and if so fans will look back on Rebels as the first “proof of concept” that Disney would not fumble the opportunity they had with the Star Wars franchise. 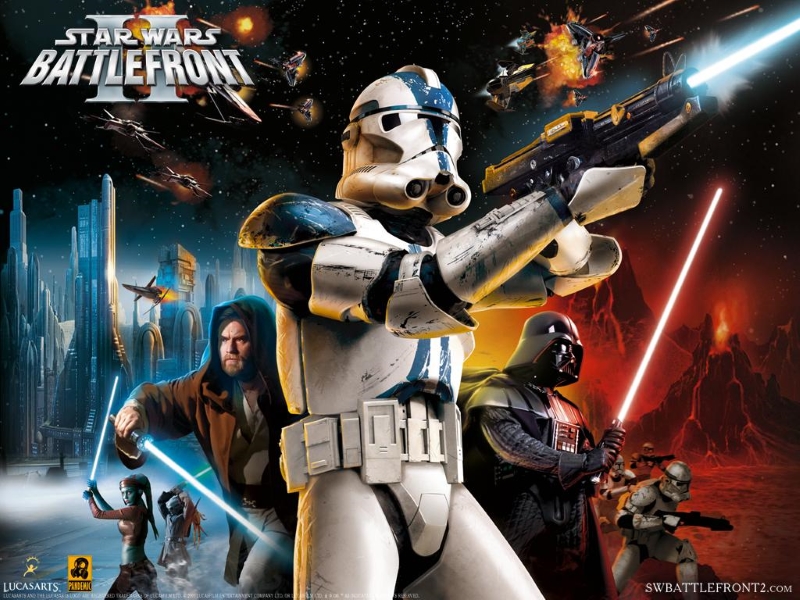 Initially, fans were concerned that Disney would “ruin” Star Wars by wrapping their mega-corporate hands around the saga and squeezing the life out of it, but the past few years have shown the franchise is in safe hands. In fact, of all the ways Star Wars is now being consumed, the only one that fans remain skeptical over is the video game department. Everything fans worried about with Disney they still worry about with Electronic Arts. Their first major Star Wars release, 2015’s Battlefront, was an alright debut, but it wasn’t much more than alright. After the initial excitement wore off, the games shallow nature took its toll. The maps were too few, the gameplay was too repetitive and the content was too limited. The lack of a true single player (offline) campaign remains the biggest gripe with the game.

EA has promised that the sequel will address all the flaws found in the first game. Battlefront 2, scheduled for launch near the release of Episode 8, will boast a single player campaign, more modes for online and offline play, as well as maps and a storyline that stretches across the history of the Star Wars saga. To date, Battlefront 1 has sold over 15 million copies, and that is in spite of fans’ initial worries about how EA would handle the franchise, as well as reviews that have pointed out all the aforementioned flaws. If EA corrects things this time around, they could be looking at an even bigger juggernaut seller this holiday season. 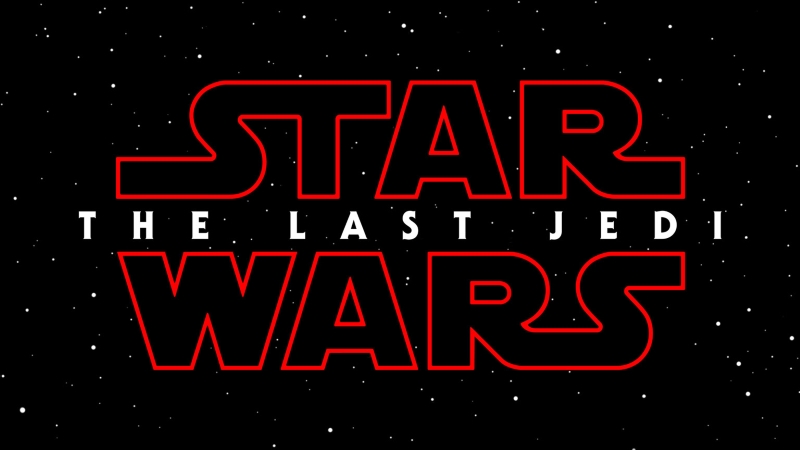 I went in to The Force Awakens almost completely spoiled. Almost every major beat in the story, big reveal and plot twist was available online to be uncovered, if you knew where to look. And I looked. After exiting the theater (for the first of six times), I stated my intention to severely limit how much I read and saw regarding the sequel. I actually went into Rogue One having only seen the initial two trailers, and having read “Catalyst.” As such, many of the surprises, cameos and emotional moments resonated with me more than they did a friend who spoiled himself before hand. I hope to be strong as Christmas approaches this year. I hope to remain relatively spoiler free. I intend to watch the first few trailers, and I’m sure I’ll come across a tidbit here or there, but I will go into the middle-act of this new trilogy much more prepared to be surprised.

How big will the movie be? That’s the hot question. The Force Awakens was huge; it became the highest grossing film in North American history (adjusting for inflation).  It’s not likely that The Last Jedi will top the 900mm that The Force Awakens did in the US, and it may not even beat that film’s 2 billion dollar total. Then again, Rogue One, despite being much more of a “hardcore” film for “hardcore” fans, still pulled in a billion dollars relatively effortlessly, so maybe it will defy even its own huge expectations and hit close to 3 billion and officially dethrone Avatar. I know many fans will be doing their part by seeing it a half-dozen times between release and New Years. I know I will. Director Rian Johnson has promised a different kind of Star Wars movie, one which will take this trilogy and the whole franchise in a new direction (while still retaining that magical “Star Wars” fell). I’m exited. How about you? 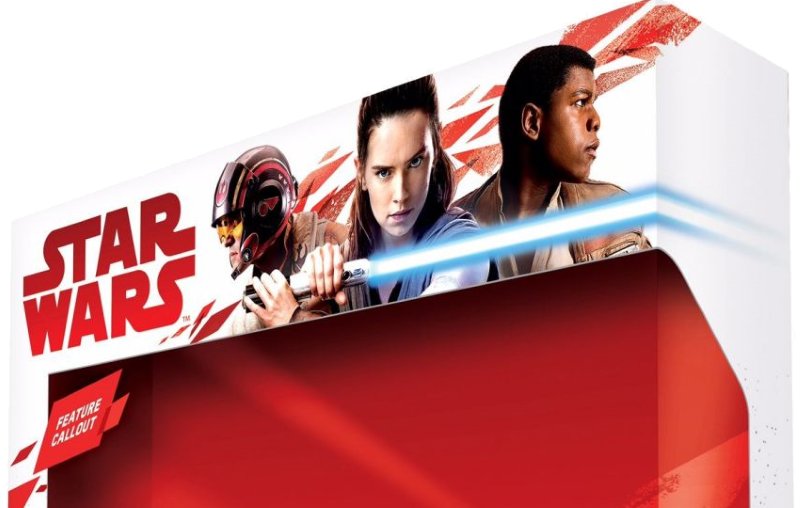 Looking past this year there is still the matter of the 2018 Han Solo spin off. Will it move to Christmas or remain a Memorial Day weekend release? Episode 9 is also scheduled for Memorial Day weekend 2019. Assuming Episode 8 is as big as it’s expected to be, it seems very likely that Disney will go ahead and make the weekend before Christmas the permanent home for all future releases.

The only issue they are debating has to do with James Cameron’s Avatar franchise. Cameron has promised multiple sequels to his groundbreaking 3D series, and the next one is set for the weekend of Christmas, 2018. Disney has nothing to fear, certainly, but they may not want to force fans to choose between a second weekend Star Wars showing and Cameron’s first weekend Avatar showing. Expect an official statement regarding the placement of Han Solo on the calendar sometime between now and this Memorial Day.

Wherever the future movies end up on the calendar, one thing is clear based on this year’s slate of movies, books and shows: Star Wars is in good hands, and the fun is only just beginning.