Even though it is still a year away, Warner Brothers has released the first trailer for the next chapter in their “shared cinematic universe.” Sure, Star Wars: The Force Awakens released a teaser late last year, when the film was still a year away from release, but that was a true “teaser” and was barely over a minute long. In the end it was nothing more than one mysterious voice-over and a few eye-candy moments to make fans salivate.

This, on the other hand…

This is a full-on trailer, and it’s coming almost a whole year before the movie hits theaters. There’s a lot about how Warners/DC is handling their cinematic universe that has drawn its share of critics. It’s impossible to look at what DC is doing and not compare it to Marvel. Even if the two weren’t comic book rivals dating back over half a century, the fact that a movie studio of any kind has created an interconnected universe of independent films is a breathtaking achievement; one that would have been laughed at if suggested just one decade ago.

Now, it’s not just DC that’s trying to copy it with their comic properties, but Universal is planning on a shared universe featuring their various “monster” characters, Frankenstein, Dracula, Wolfman and so on. Up until recently Sony was prepared to build a shared universe around the only Marvel property they had: Spider-Man. They were developing more Spidey movies, a movie focused just on the villains, a Venom spin-off, even an Aunt Mae solo outing. Thankfully the new deal between Marvel Studios and Sony Pictures seems to have cooled the jets on those horrible ideas. Over at Fox, plans are being made to combine the Fantastic Four and X-Men franchises together with comic writer Mark Miller in the Joss Whedon/Zack Snyder role of overseer. Thankfully Daredevil and Punisher have escaped Fox’s control and are back under the Marvel Studios umbrella. Additionally, there are rumors (and rampant fan theories) that the Alien and Blade Runner franchises (both originally spearheaded by Ridley Scott) are in fact part of a larger shared universe. Even Marvel themselves are doing a “shared-universe-within a shared-universe” with the recently released Daredevil series, set to work alongside three other series’ featuring Jessica Jones, Iron Fist and Luke Cage, culminating in an eight-episode “Defenders” team-up series.

So let’s not take the easy route and say that DC is “copying” Marvel. This isn’t about rival comic book publishers. This is Hollywood stuff, and in Hollywood, everyone copies everyone else. Right now “shared universes” are in, and studios are looking for whatever they have in their arsenal to mimic Disney/Marvel’s success.

Still, when you see the trailer for Batman v Superman it’s hard not to compare it to Marvel, because for over fifty years fans have been comparing and contrasting Marvel and DC. On the printed page, DC was first on the block, but on the big screen, Marvel is the one lately that’s been Johnny on the Spot. 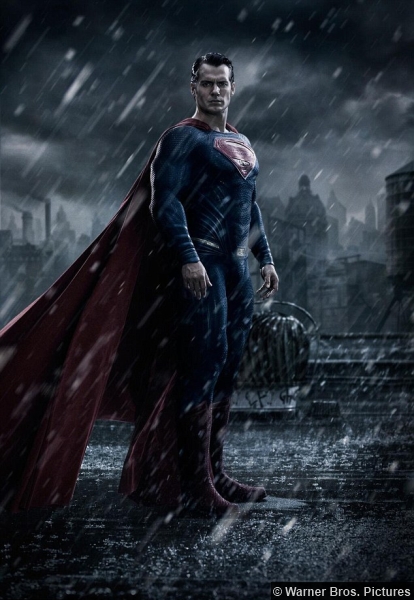 Fans look at what DC is doing and they can’t help but think “this is all wrong!” Man of Steel came out a few years ago and was, but for a few easter eggs, a very stand-alone film. Suddenly we’re getting Batman thrown into what was originally going to be a traditional sequel to the Superman film, and then it comes out that, not only will the Dark Knight co-star, but the film will also feature Wonder Woman, Aquaman and Cyborg to boot. All of this will lead up to the first of two Justice League movies, before any of those non-Superman heroes get their own stand-alone films. All of these announcements, whenever they are accompanied by a great bit of promotional material… 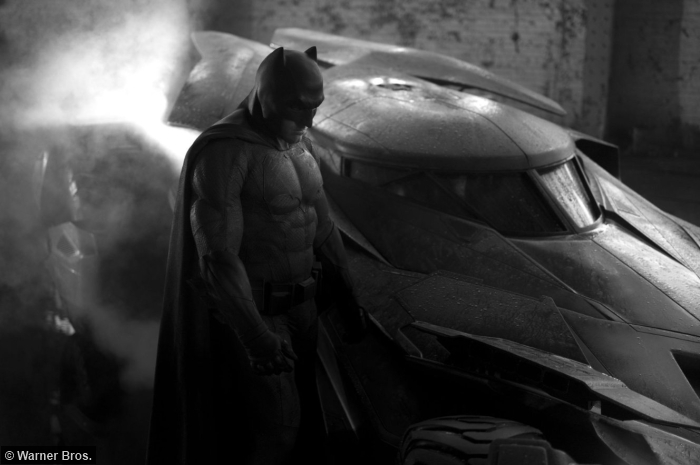 …are met with knee jerk applause, but when the cheers settle and people stop and reflect, they almost all come back to the “this is all wrong!” response.

Marvel built their cinematic universe from the bottom up. It started with Iron Man, a B-character in comics and one often dismissed as a cheap Batman knockoff. While still in development, work began on an Incredible Hulk film. Nowadays, Iron Man and Hulk are two of the more popular Marvel characters. Fans adore Iron Man and beg for another Hulk movie (this one staring Mark Ruffalo), but back when these movies were being made, Iron Man was a nobody and the Hulk was last seen in a largely disliked, oddball Ang Lee film that performed below expectations at the box office. At the same time Captain America and Thor were entering pre-production, giving Marvel studios four stand-alone films (which would expand to five with Iron Man 2’s release). Marvel certainly started from the bottom up, they didn’t jump straight into a team-up film the way DC is doing things, but there’s a very good reason: Name recognition.

No one in the general audience either knew (Iron Man, Thor) or cared (Captain America, Hulk) about Marvel’s properties. The real bread winners in Marvel’s family were Spider-Man and X-Men and their movie rights had been sold off years earlier when Marvel was in financial ruin and about to be forced to shut their doors for good. Marvel had no choice but to try and build an audience for the potential Avengers movie, because at the time the idea of an Avengers movie staring Iron Man and Captain America was not a dream…it was a joke.

Big credit goes to Jon Favreau who really sowed the seeds for all the success Marvel is reaping right now. His first Iron Man film had perfect casting, and established a pitch-perfect tone (serious when needed, but usually never taking itself too seriously, and always ready to throw out a self-deprecating line) that has become the staple of the Marvel movie universe. Favreau and his brilliant (and, at the time, risky) casting of Robert Downey Jr. are the reason the superhero-star of The Avengers became so famous so fast, making the team-up movie possible. Nevertheless, at the time the movies were being made, no one knew or cared about the minor league characters that Marvel had to play with.

DC on the other hand has their whole roster of superheroes under one roof. It’s fitting that Disney ended up purchasing Marvel because the animation giant’s rival, Warner Bros. had long ago acquired DC comics. Warner may not have had the vision or the gumption (or even just the inclination) to try a “shared cinematic universe” at first, but with Marvel’s success there’s no reason not to follow suit.

There’s also no reason to wait a decade for a Justice League movie when everyone knows who Batman is, everyone knows Wonder Woman (even if she hasn’t had the pop culture presence of the former hero) and everyone even knows Aquaman. Is Aquaman as famous or popular as Iron Man is today? Of course not, but he doesn’t have to be. Iron Man is the star of Avengers; Aquaman isn’t going to be the hero that carries the future Justice League films, Superman and Batman will be. No one in their right mind would say that Iron Man and Captain America are more famous than Superman and Batman. Aquaman only needs to be as popular coming out of Batman v Superman as Thor was after his first solo movie was released. That’s a low bar to reach. 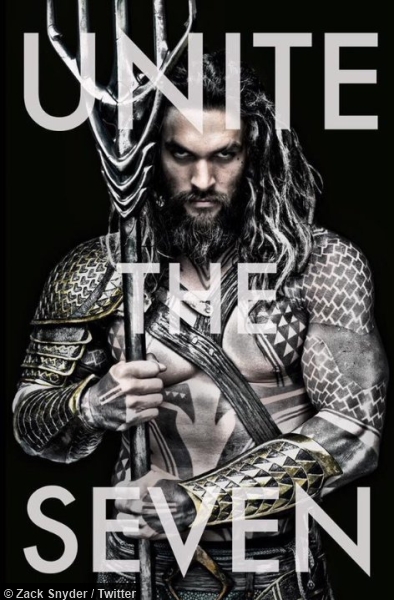 Why should DC handcuff themselves to a half-dozen origin-story movies when all anyone really wants to see is the big team-up film(s)? Marvel had no choice, but DC does. They own the names of the most recognizable superheroes on the planet. Throwing them together as soon as possible does more than skip straight to the big money movie; it takes advantage of the one card that they have to play that Marvel doesn’t (at least until X-Men comes back to the fold the way Spider-Man sort of did a few months ago). We’re still going to get our Wonder Woman stand-alone, there will be a future Batman solo adventure, and Superman will get his chance to carry his own picture again, but right now DC is giving fans what they want, because they can afford to. 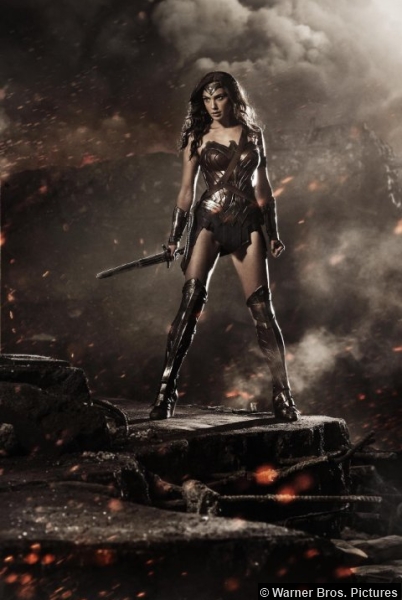 It’s not all sunshine and flowers however. Marvel has beaten DC to the punch in a lot of ways that are going to make DC look like followers when in reality they are not. Consider the big bad of the Marvel Cinematic Universe: Thanos. Comic fans know he’s a cheap knock off of DC’s original and far superior Darkseid, but it doesn’t matter: Thanos made it to the big screen first. Batman v Superman’s trailer played up what will no doubt be the climactic fight of the film: The battle between Supes and the armored-up Batman. It’s a fight designed to pay tribute to one of comic’s greatest stories: Frank Miller’s “The Dark Knight Returns.” That comic hit stores in 1986. It will hit the big screen in 2016, but it won’t matter: Marvel will have already given the world Hulk vs Iron Man and his Hulkbuster suit a year earlier, even though that fight happened in comics almost a decade after DC released The Dark Knight Returns.

Even the teams themselves are representative of Marvel’s advantage over DC. Avengers debuted in 1963, a full three years after DC first introduced the Justice League in “The Brave and the Bold #28.” Justice League was always the bigger deal, with the more famous roster and some of the more groundbreaking stories, early on, compared to Avengers. But Avengers hit the big screen first, and that’s all that matters. 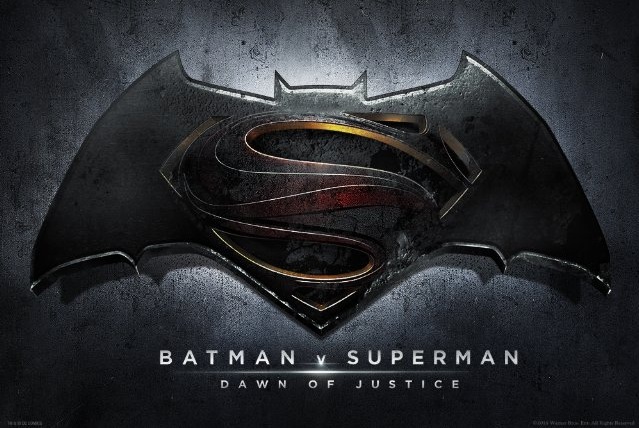 DC’s upcoming slate of “shared universe” films isn’t going to drive Marvel out of the movie business; not by a long shot. But thankfully the execs in charge of that cinematic universe aren’t listening to critics who want them to do a carbon copy of what Marvel did. That’s never been DC’s way. They’re going to blaze their own trail and, hopefully, find success doing it.