By all indication Neville is on his way out of WWE. After a run with the Cruiserweight Championship brought a little prestige to the purple belt it was expected that he’d move back to the upper-midcard and continue being the second coming of Rey Mysterio. Instead he remained working with the 205Live group and his career looked stagnant. Now he’s on his way out the door, and fans are rightly upset.

I have three separate yet mildly related points to get off my chest in light of the news. 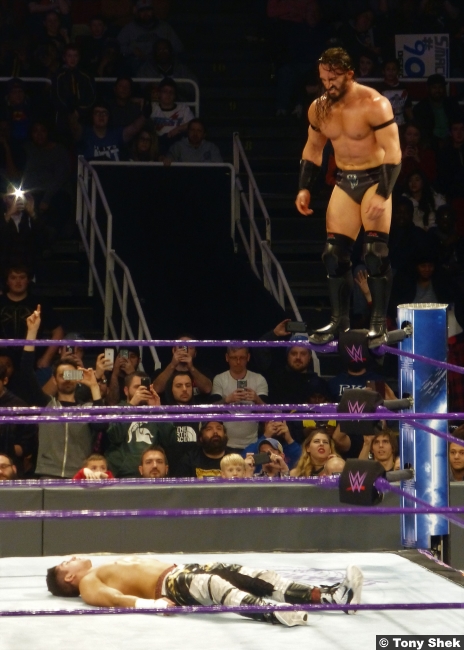 THE WCW CRUISERWEIGHT DIVISION IS NEVER COMING BACK

The Monday Nitro era that people look back on so fondly, where WCW’s cruiserweight division frequently opened the show and usually put on the best matches of the night in hour one, was a perfect “right time, right place” thing. And it’s not a recipe that is going to be duplicated anymore.

Back then you had the main event old timers like Hogan and Savage and Nash that weren’t going to give up the spotlight, and they certainly weren’t going to bump like madmen. You also had Bischoff who never knew how to book a wrestling show but he did understand how to arrange a TV show: He put the crazy high fliers on first and teased the big stars for later to hook the audience and keep them tuned in (and not flip to the WWF). And you had Ted Turner’s pocketbook that could bring in all the little guys from all over the world, without an ego-maniacal control freak like Vince determined to remake everyone who comes through the door in his own image. WCW never really had that one guy on top to direct everything, so guys like Jericho, Malenko, Benoit, Mysterio, Guerrero, etc, who were free to do whatever they wanted.

There’s also the issue of bad booking in the division from a “creative” department that doesn’t seem to know what to do with the talent or how to utilize them. Unlike Bischoff, Vince McMahon can’t help himself but micromanage every little aspect of his show. He refuses to just let his talent figure things out on their own (everything has to be filtered through his “audience of one” mindset), not to mention—while the main-eventers are doing high flying moves—the cruisers are forced to do too much grounded, main-event style matches, which doubles-down on taking away the novelty in the first place. Basically everyone is working the same kind of match, whether you weight 205lbs or 502lbs.

And it goes without saying that, historically, Vince never liked little guys wrestling in the first place, unless they were used as a joke like James Ellsworth, or to get larger talent over (like the way he used Mysterio more often than not). So unlike with WCW, Vince won’t bring in talent and turn them loose; he has to oversee everything so that it’s what he likes and not what the audience wants.

And it’s killing the division.

WWE OUGHT TO COSTANZA THE WHOLE OPERATION

This shouldn’t need an explanation, but let’s…

What could save the WWE Cruiserweight Division? Well…if every instinct Vince has about it has been wrong, then the opposite would have to be right.

Instead of emphasizing the high flying skill (which main-eventers today can emulate) WWE should focus on the characters and the stories. Good ring-work is important, but if we’re being honest, the secret to ratings, causal fan attention and hardcore fan participation has always been good storytelling. Whenever fans have a vested interest in a story or a character arc they become invested in the in-ring action. If you lose the story and just try to have the action, the audience will get bored. That wasn’t the case in 1997, when cruiserweight wrestling was its own novelty, but it is the case today. 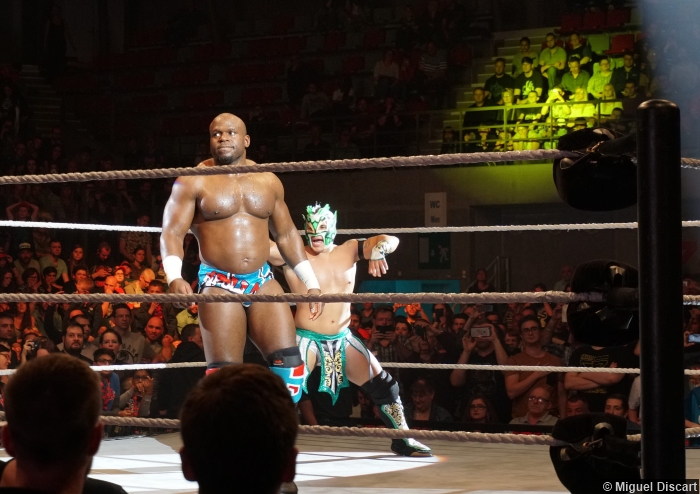 It doesn’t matter how big or small you are, or even—within reason—how talented you are in the ring, if the fans are rooting for you or rooting against you with enthusiasm they will stand up and give your in-ring work their full attention. A good storyline is the spark that lights the fire in hot matches. Good guy vs bad guy, revenge, redemption, betrayal, etc: The cruiserweight division needs depth in its stories, not the superficial non-drama they’re throwing at us on Raw to justify the ten minute matches of purpe-tinted boredom they call a “cruiserweight division.”

Do the opposite of what feels right to you, Vince.

Actually doing it would require Vince McMahon to devote energy to plotting out legitimate story-lines for various acts in the division, giving characters actual “character” and telling more than one story a week. I don’t believe Vince has the will to do it, but if he pulled a Costanza, did the opposite, and gave the cruiserweights a fair shot, the division might be saved.

A WORD FROM ELTON JOHN

Noam Dar
in the ring
boring another fan.

Neville flees
would rather see
himself in Ring of Honor.

“Please turn back”
McMahon calls back
“another loss is not that bad.”

Cruiser man
he made a stand
in the backstage area.

Looking on
Vince sings the song
the words he knows, the tune he hums.

But oh how it feels so real (to me)
sitting there
in the crowd.

Only me
And I can hear him
when Vince says softly…slowly.

DO A HEADLOCK
TINY WRESTLER
HIT THE THREE-COUNT, BE ON YOUR WAY

DO A SMALL FLIP
TINY WRESTLER
GET A COUNT-OUT, BE ON YOUR WAY