There are many great wrestling families including the McMahons, Harts, Von Erichs and of course the Guerreros.

The 42-year-old from El Paso, Texas is from a family of wrestling greats, but he has added to that with his achievements which include being, a five-time Cruiserweight champion, ECW Champion and five-time tag team champion.

We caught up with Chavo to talk about what it was like growing up in a wrestling family, teaming with Eddie and inducting his uncle into the Hall of Fame. 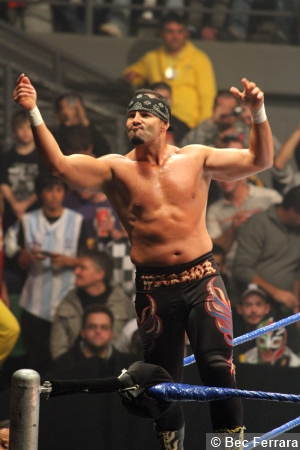 You are a third-generation wrestler, what was it like growing up in the Guerrero family?

Growing up in the Guerrero family was great and it was tough at the same time because being in a Hispanic family we were all very close and really supported each other. At the same time, there was a lot of competition within the family because we were all wrestlers so you had to live up to the reputation, if you didn’t do well you heard about it.

It wasn’t like being the only guy in the family that is in the wrestling industry so everything he does is great, with us and still to this day if I don’t have a good match or if I do something that’s not that good in a match I get a call from my dad and he lets me know about it. That is a good thing though and it keeps us honest and keeps us on our toes always performing well.

Growing up was different with us because I wrestled all the way through elementary school and high school and would do jiu-jitsu and judo.

As a kid, the only show we got in California and Texas whilst growing up was WWF Superstars, which was squash matches with the guys coming out and it was just a bunch of characters and to be honest, I didn’t like it, I would watch it and think these aren’t even wrestling matches.

So I would watch either NWA at the time with Ric Flair and Harley Race or other times my dad would go and wrestle in Japan and the referees would tape the whole show for him, so when he would get back I would watch the tapes of the Japanese matches.

What was it like when you got your first break with WCW?

Wrestling in WCW was awesome because I was so young and it was a great mix of wrestlers. We had older wrestlers that had been around since my dads time like Arn Anderson and Paul Orndorff then we had the younger generation wrestlers which included guys like William Regal and Fit Finlay, then there were the likes of Eddie, Dean Malenko and Chris Benoit, and even younger guys like Rey Mysterio and Chris Jericho.

There was such a big mix of people that we really learned all different styles from all different eras. Every era of wrestling changes, it is always evolving, so we learned so many different things and that’s what I took away with me the most from my time in WCW, it was just like going to school, I was at the Harvard for wrestling.

You were a massive part in the very successful cruiserweight division in WCW, what was it like to be a part of that?

People had never really seen that style of wrestling, that wasn’t just flying but was wrestling and brawling and just different stuff that I really attribute to bringing in Chris Benoit, Dean Malenko and Eddie Guerrero. They all came from Japan, they had been in Mexico, they had been in ECW, those three had been everywhere together and were used to wrestling all those different styles.

When they came into WCW everybody was like, wow what is this, they had never seen anything like it before, then all of a sudden it caught on and Eric Bischoff would start bringing in guys like Rey Mysterio and the luchadors from Mexico. It was just a really cool dynamic to go in there and wrestle with these guys and being instrumental in changing wrestling.

You were with WCW till the end, what was it like on that final episode of Monday Nitro?

That final night nobody really knew what was going on, we had all heard the rumours that WWF at the time was going to buy WCW and we just didn’t really know if it was true or not. Then all of a sudden we see Shane McMahon walking around and that’s when we realised it was really happening. A lot of people were on edge because they were scared for their jobs but really I wasn’t because I knew I could wrestle, and that is one thing our granddad told us, if you know how to wrestle you will always have a job.

What was it like when you made it in WWE?

I think it helped me a lot that Eddie was already in WWE and we would speak regularly when I was still in WCW. They were two completely different companies that had two different philosophies on wrestling and business. It was great to have a heads up from Eddie of what I was going to be coming into, I wasn’t walking in with cold feet.

You had matches with Superstars like The Undertaker, Stone Cold, The Rock, what was it like getting in the ring with those guys?

Working with all of those guys was great, you get in the ring with legends and that is when you really test yourself if you’re good or not. The first time you get in the ring with The Undertaker you just basically shut up and listen, but then after being in the ring for a while they start gaining your respect and then all of a sudden I’m leading the matches and calling the matches and they are shutting up and listening to me. You know you have arrived on the scene when you’ve got Ric Flair stopping you in the back and saying great match, and Stone Cold saying great job. 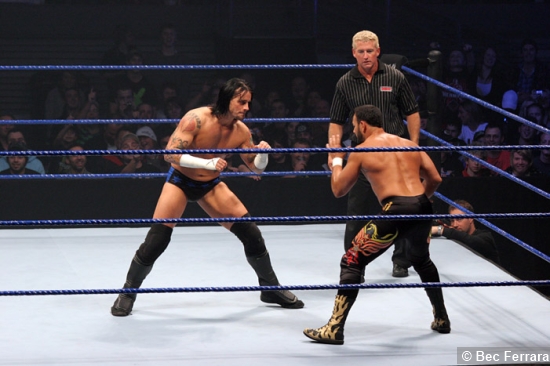 During your time in WWE you won numerous singles titles including the Cruiserweight title and the ECW championship, what were those experiences like?

That was all great, having the opportunity to win those singles championships and having many great matches whilst holding both the Cruiserweight and ECW titles.

What was it like teaming with Eddie and winning the tag team titles?

Eddie sadly passed away (13th November 2005), and was then entered into the WWE Hall of Fame, what was it like for yourself and the family during that time?

It was a tough time but everything happens for a reason, all you can do is take the bad and learn from it and turn it into good and that is kind of what we did. It was a great honor to be the one to induct Eddie into the Hall of Fame and is something that I will never forget.

I still go up for a frog splash every night and when I do it I point to the sky and right away no matter where I am, the fans start to chant Eddies’ name.

You then began to work closely with Eddie’s wife Vickie, what was that like?

That was really cool, and it was something that just happened out of the blue, she never had any interest in becoming a wrestler or getting involved in the business, but she was so good at it, Eddie must be looking down at her from heaven and he would be so proud.

After your time in WWE you went on the independent scene for a while and then went to TNA’s Indian promotion Ring Ka King, how was that experience?

It was cool, I had never been to India before and it was just a different organisation, and it kind of made me fall in love with wrestling again. I had taken a year off before then and it was just a great experience, the fans in India were so happy and excited to have us over there and I would love to go back out there.

It was also an amazing opportunity to team with Harry Smith, so you had two of the greatest wrestling families teaming together and we won the tag titles of in Ring Ka King as well.

You’ve just recently joined TNA, but when you were with WWE were people taking notice of TNA?

At first, it wasn’t, TNA was seen as just coming up in the business but then little by little they started to pick up more momentum and at this point in time, I think TNA has the most momentum we have ever had.

If you look at our roster compared to anybody, WWE’s, New Japan, Ring of Honor, I think we have the best roster in the world right now. 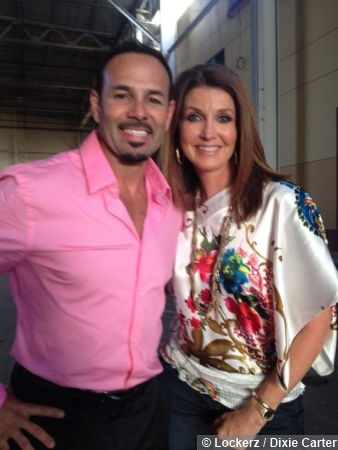 Many people draw comparisons between TNA and WCW, would you say that’s fair?

I do think we have got that WCW dynamic in which we have different generations of wrestling here and there not all young or all old, it is a really good mix. You have the X Division which is like the cruiserweight division, then you get the roller-coaster ride with the likes of Kurt Angle, RVD and all the different wrestlers we have here.

Having worked for Eric Bischoff, Vince McMahon and Dixie Carter, how would you compare your three bosses in terms of their similarities and differences?

First of all, they are all great businessmen and women, they are at the head of companies because being a business person you have to be able to make those hard decisions and make good decisions, so that’s the similarities.

Differences, to me you have Vince McMahon who rules with fear, you better watch out or he’s going to cut your head off. Dixie Carter, she rules with love and she is happy to have you on her roster and when you do well she lets you know about it. Eric Bischoff, he was kind of in the middle, sometimes he was very mean and wanted to bite your head off and other times you would go out for a beer with the guy.