Scotty 2 Hotty became one of the most recognisable stars of the Attitude era alongside Brian Christopher and Rikishi as ‘Too Cool’.

The 41-year-old from Westbrook, Maine is a two-time Tag Team champion winning the titles once a piece with Rikishi and Brian Christopher and he is also a one-time Light Heavyweight champion.

We caught up with the master of the WORM to talk about how he began wrestling for WWE whilst still in high school, WWE bringing in a dance instructor for Too Cool plus much more. 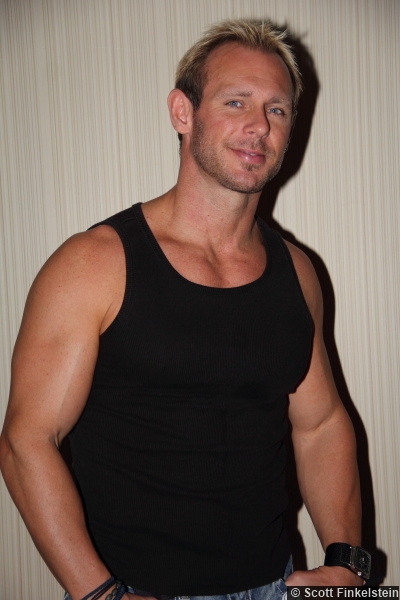 Ever since I was 10-years-old all I ever wanted to be was a professional wrestler. I basically started messing around with a couple of friends of mine when I was about 14 or 15-years-old and we started wrestling in my mum’s garage. We then met another guy who owned a wrestling ring and would travel for about an hour to help set his ring up, wrestle in the ring and then help take it down and that is where we really learned.

I then started doing shows around Boston and was wrestling every weekend, I met a friend who had some connections with WWE and he brought me into WWE for the first time and that is when I got my opportunity to be seen. I was jobbing for about seven years and then in 1997, they offered me a full-time contract.

I was always a fan of the smaller guys, I was never a big Hulk Hogan fan when Hulkamania was running wild, I’m a bigger fan now of Hogan because I appreciate his staying power and the ability not only to get over as the biggest babyface of all time but also as one of the biggest heels of all time.

As Scott Taylor, what was it like working with Yokozuna and Steve Austin during those early days in WWE?

That was awesome, I was still in high school at the time which is just crazy for me to think about now. I was with the WWF when I was in high school, I was in a locker room at a WWF event with Hulk Hogan, Sid Vicious, The Undertaker, and Bret Hart then two days later I’m sitting back in class. I was getting to wrestle some of the biggest names in the world, it was an amazing experience.

What was it like when you got your full-time contract with WWE?

It was very surreal, it all happened very quickly. I had a tryout with ECW on the Friday and Saturday and they actually offered me a contract but on the following Wednesday WWE offered me my contract. It all happened in a matter of a week and it was awesome.

You first teamed with Brian Christopher at WrestleMania, what was that moment like?

Again that was very surreal, because I went from sitting at home not doing anything to getting a phone call on Wednesday saying we need you at WrestleMania on Sunday for this tag team battle royal and you’re going to be working with Brian Christopher. That WrestleMania was very special for me as well because it was in Boston and I had begun my career in Boston, so it was full circle, I’d never really thought about that before but that is something no one will ever be able to take away from me. 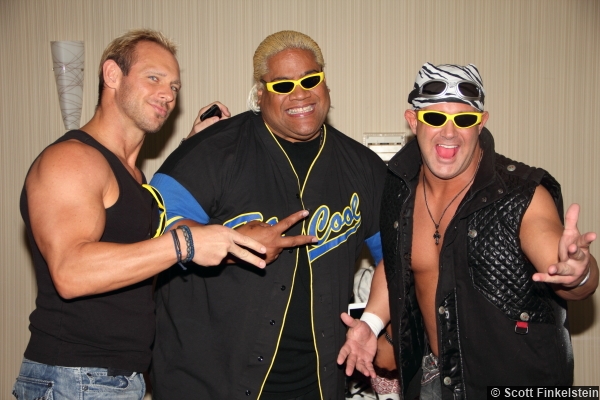 What was it like winning the tag team title with both Brian and Rikishi?

They were awesome moments for myself both as a fan and as a performer, you just think of the guys that came before you who held the tag team championships and I held the same belts they once held. The belts Brian and I held were the belts they used back when I was a kid, the same belts that the British Bulldogs had, The Hart Foundation, so that is pretty cool. It was a dream come true.

How did the WORM come about?

It was something that I did in grade school, I was just messing around break dancing and that is where it started. As far as the wrestling part of it, it started off with me goofing off during a match and the first couple of times I did it I knew I had something just from the reaction of the crowd, and the W.O.R.M all that came in later. 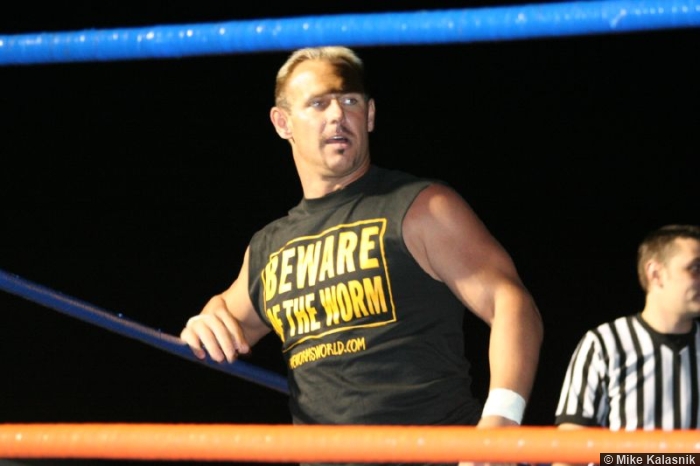 Did WWE at one point bring in a dance instructor for Too Cool?

Yeah they brought in a dance instructor because I think they wanted us to learn a new victory dance but the people didn’t want something new they liked the original dance, it was something that they could relate to. I don’t know what WWE was looking for with that.

You’ve made several one-off appearances on special episodes of Raw and NXT etc, what have those been like?

The Old School Raw and the NXT appearance were really awesome, especially the Old School Raw. It was the first time the three of us had been back together in like 13 years, it was really cool. The NXT thing was cool also, getting to work with some of the new guys, it wasn’t the greatest match.

The 15th anniversary Raw was a bit weird because I had just been released from my contract in August and that episode of Raw was in December so it was only a few months in-between leaving and coming back which was a little weird. It is always very cool to go back and be in the locker room, being part of the company again.

Was there anyone that really stood out for you in NXT?

Adrain Neville and Sami Zayn are two guys a couple of years back that I did a month-long European tour with. At that time they were both amazing to watch, I wouldn’t want to do it but the stuff they were doing was amazing, especially Adrain Neville the stuff he does and the way he moves his body is unbelievable. Both Adrian and Sami I have no doubt are going to be huge stars on the main WWE roster in six months to a year’s time and they’re just such nice guys as well.

Vince is an awesome boss, you hear a lot of guys that have negative things to say but they’re usually the only ones that get some press coverage, if you say some positive stuff nobody really cares about it.

First and foremost Vince is a businessman, he can be intimidating at times but he is ‘the’ man in the wrestling business and he works hand in hand with everyone in his company, he is there for every single television taping, sitting right behind that curtain. When you go out to the ring he is the last person you see and when you come back from the ring he is the first person you see, so he is very hands-on and I don’t know a lot of bosses who own companies as big as WWE that are as hands-on.

You’ve got to give it to Vince, there is basically one wrestling company in the world right now if you want to make a living and guys with other companies they probably want to be in WWE. It’s not so good for the wrestlers because there is nowhere else to go, when WCW was on fire and WWE was on fire it was cool because you knew if you got released from one company there was a chance the other guys would pick you up and there was still ECW at the time as well.

Finally congratulations on passing your exams to become a firefighter!

I went to school for firefighting and EMT but I haven’t actually done anything with it. I’ve just been way too busy with wrestling bookings that I haven’t been able to do anything else which is a great thing because I would like to carry on wrestling for as long as I can. The firefighting and EMT work is something I can always fall back on now but I don’t know if I really have a lot of interest in doing it now, but it was a cool experience.

Click here to read the interviews with Rikishi and Brian Christopher