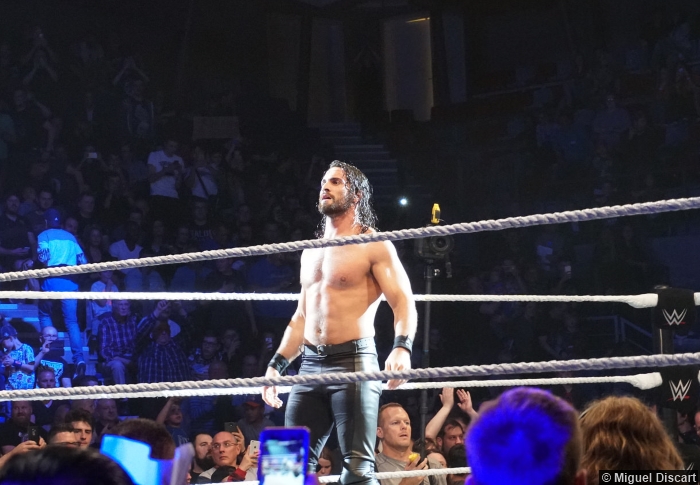 The 1261st edition of WWE Monday Night RAW came to you, live, from the Verizon Center in Washington, D.C. Last week on RAW, the main event was set to determine the #1 Contender for Brock Lesnar’s Universal Championship at SummerSlam as Roman Reigns went one-on-one with Samoa Joe. However, the match would end inconclusively once Braun Strowman made his presence felt, laying waste to both Roman Reigns and Samoa Joe, leaving the #1 Contender situation up in the air. This leaves RAW General Manager Kurt Angle with a difficult decision to make regarding “The Biggest Event of the Summer” and the GM will reportedly settle the issue on RAW. How will Kurt Angle remedy the #1 Contender situation? Who will be going to SummerSlam to challenge Brock Lesnar for the Universal Title?

Also on RAW, in a match requested by Dean Ambrose & Seth Rollins, the two former Shield teammates would reunite on RAW as “The Lunatic Fringe” and “The Kingslayer” would face Intercontinental Champion The Miz and his Miztourage of Bo Dallas & Curtis Axel in a 3-on-2 Handicap Match! Plus, with both Bayley and Sasha Banks having a legitimate claim to a match with Alexa Bliss for the RAW Women’s Championship, the two best friends would go one-on-one on RAW with the winner facing Alexa Bliss for the title at SummerSlam. Also, after their match last week ended with Elias Samson smashing his guitar over the head of Finn Balor, the rematch would take place on RAW as Finn Balor would go one-on-one with Elias Samson but, this time, it would be in a No Disqualification Match!