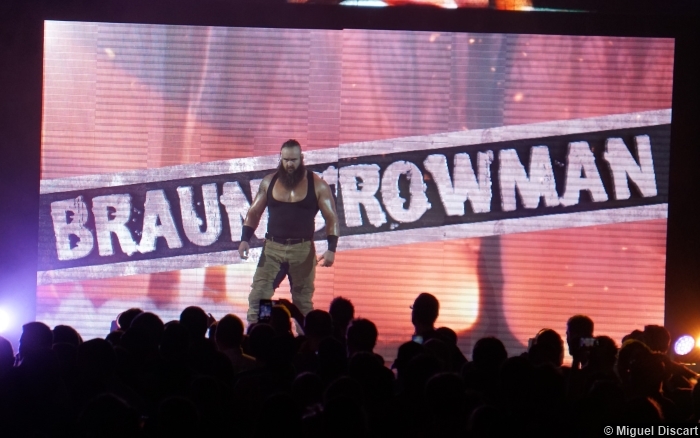 The 1260th edition of WWE Monday Night RAW came to you, live, from the Bridgestone Arena in Nashville, TN. For weeks, RAW General Manager Kurt Angle has been plagued by “personal problems” and the GM has been obsessed with his secret somehow getting out. Both he and RAW commentator Corey Graves have been doing their best to combat this difficult battle with Corey somehow being involved with the whole thing as Kurt has repeatedly expressed that this secret being revealed will not only ruin him professionally but personally, as well. However, it was revealed at the end of last week’s RAW that Kurt Angle has decided to come clean about this entire ordeal, telling an unknown person on the phone that they are going to reveal the secret together on RAW this week, telling this person “I love you”! Who was on the phone with Kurt Angle and what has had the GM so worried these past several weeks? Also on RAW, after a heated confrontation between Roman Reigns, Samoa Joe, and Universal Champion Brock Lesnar last week, Kurt Angle decided that this week’s RAW would see Roman Reigns go one-on-one with Samoa Joe with the winner earning the right to face Brock Lesnar for the Universal Championship at SummerSlam! Will Roman Reigns get a chance to finish his unfinished business with “The Beast” or will Samoa Joe get another opportunity to dethrone Brock Lesnar?